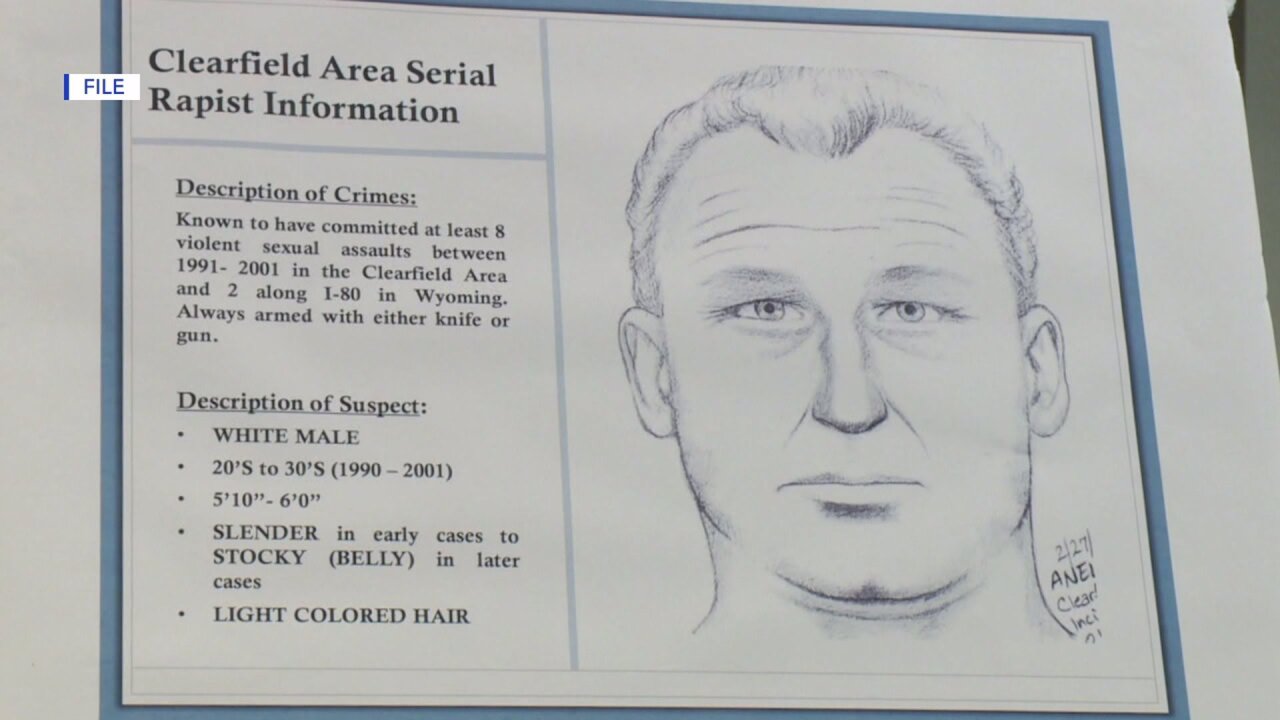 CLEARFIELD, Utah — Police say a television show that aired in 2015 on TNT helped investigators find additional victims and get new evidence in the search for a serial rapist in Clearfield.

“Cold Justice: Sex Crimes” was a documentary series that focused on giving new life to cold cases. Throughout an episode that focuses on “the Clearfield Rapist,” investigators from the show teamed up with investigators across Utah to develop a more comprehensive profile of a suspect. The show also gave survivors an opportunity to share their stories.

New evidence obtained by the show proved an 11-year-old girl identified as “Nichole” was raped by the same suspect as others across the Clearfield area.

“Knowing there’s others out there who understand what I went through is a comfort to me,” Nichole said.

Mark Douglas Burns, 69, was arrested Wednesday on 17 charges, accused of raping at least 10 women from 1991 to 2001. Investigators said Burns will likely face more charges for crimes committed outside Davis County.

“There was someone standing above me, trying to wake me up,” said one survivor, identified as Tammy.

“When he told me he’d kill my children if I made a noise, I immediately put my hand on my dog that was in bed with me, and I started praying,” said another survivor, identified as Peggie.

Chief Kelly Bennett at a news conference on Thursday said the women who came forward to speak in the television series are “heroes.”

Thomas McDevitt, a retired investigator with the Philadelphia Police Department, spoke to FOX 13 about his appearance on the show. He said he had never investigated a case with such a “horrific” suspect in the 35 years he served as an officer. He also said he was touched by the strength of each victim.

“He’s looking over his shoulder right now knowing that we’re coming after him,” McDevitt said in the closing moments of the show’s episode, “and one of these days we’re going to knock on his door, and he’s coming with us.”

Investigators on the show also predicted the suspect drove a Pontiac Firebird in 2015, leading to hundreds of new tips and increased media coverage.

It’s unclear whether the show’s prediction was accurate, but a next-door neighbor of Burns said he would not be surprised if the car prediction were true.

“He would show me his classic cars. He was so proud of them,” neighbor Pat Sheehan said. “He has a new one in the garage right now!”

Chief Bennett did not comment on what Burns may have told investigators upon being interviewed after the arrest, but he did confirm Burns was very calm throughout the process, as suspected by investigators on the show.

Police said the last rape case that they are aware of took place in 2001. Throughout the show, investigators spoke to a woman identified as “Rosanna” who recounted that night.

At the time of the interview, Rosanna said she had already forgiven the suspect.

The episode of “Cold Justice: Sex Crimes” is available on Amazon.