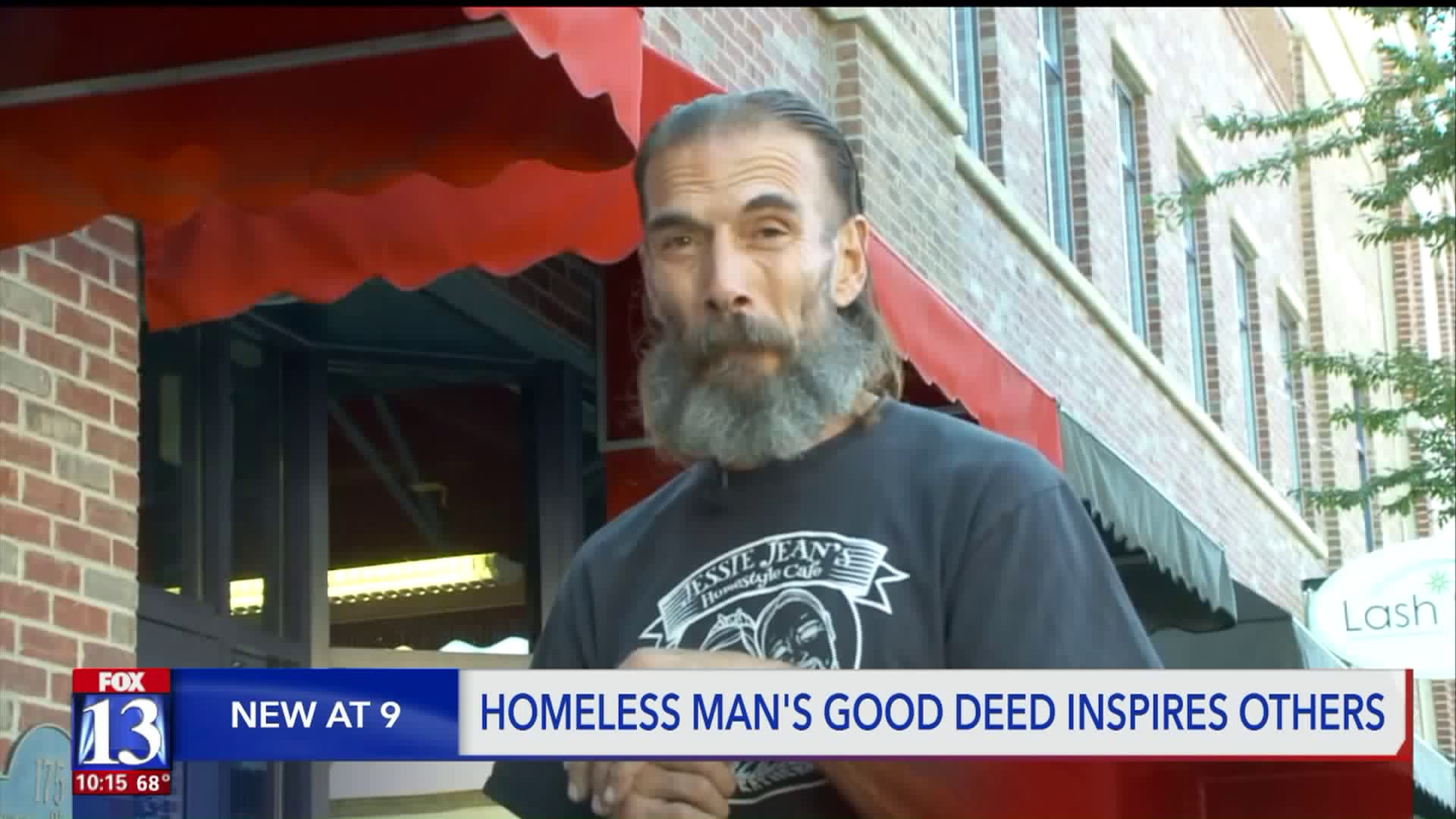 A photo of a homeless man changing a woman's tire in Ogden is capturing the attention of many on Facebook this week, and in the process is helping to send a message. 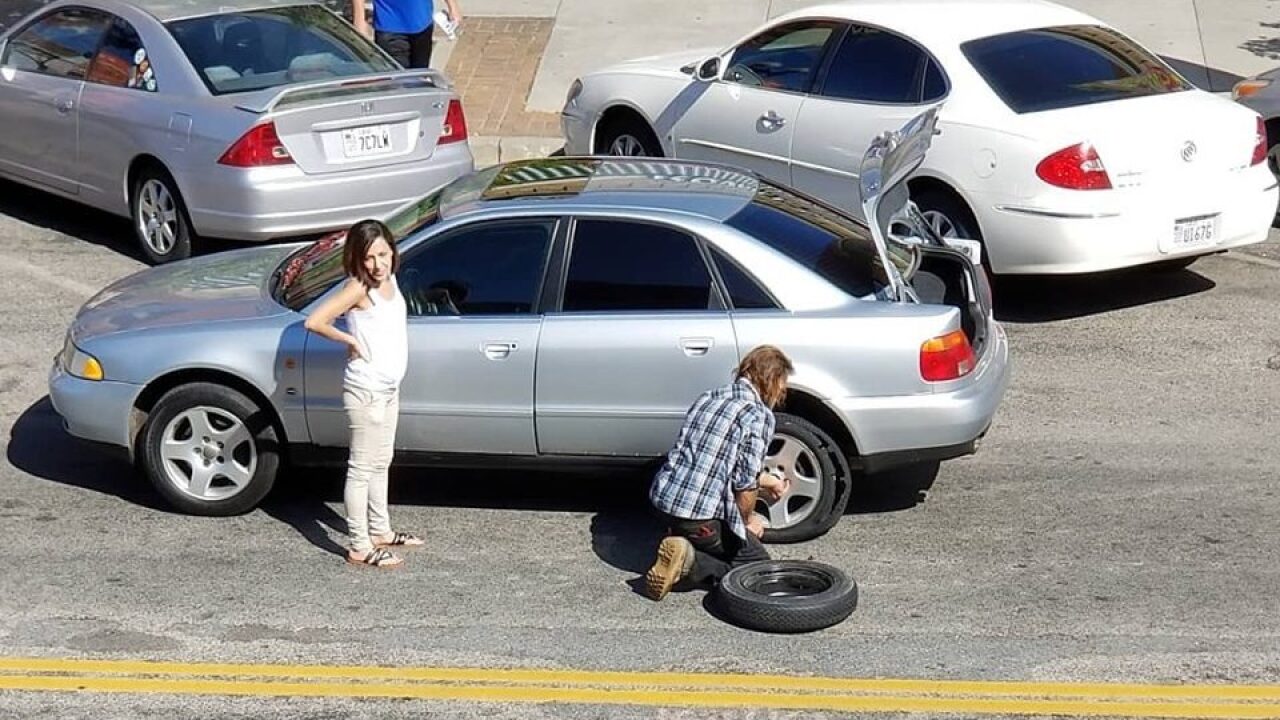 OGDEN, Utah — A photo of a homeless man changing a woman's tire in Ogden is capturing the attention of many on Facebook this week, and in the process is helping to send a message.

Jessie Jean's on Historic 25th posted the photo on Monday of the good deed being performed just outside the cafe.

"I just wanted them to put a face to who they are judging," said Anna Davidson, who co-owns Jessie Jean's with her husband Ron. "Like, 'Hey, here you go, that's one of those folks you want us to hide away somewhere where we can't see them.'"

Chuck, the man in the photo who the Davidsons say is always helping people there, has had a difficult life. His time incarcerated began when he was just seven years old.

"I got molested in there, and that's when I became angry," he said.

That anger led to years of violence and many more years in prison, Chuck said.

Now at 56 years old, Chuck is ready for change. He credits Anna and Ron for helping him.

"I wouldn't be right here, right now, talking to you, if wasn't for them two," Chuck said through tears as he looked at the Davidsons.

He helps out around the restaurant to earn his next meal. He is currently working to get his food handlers permit and plans to begin counseling, Anna said.

Helping others is part of the Davidsons' mission. Each week, 20 homeless people are fed breakfast at the restaurant thanks to "pay it forward meals."

For $6.25 people can purchase a meal to help the hungry, the Davidsons said.

The inspiration behind giving back comes from Ron himself.

He was homeless for more than two years and now wants to give back to others, like Chuck.

"I am as old as they are, and I would be proud to call them ma and pa," Chuck said.

Anna hopes this post helps to spread kindness and make people think twice before they walk past a homeless person.

"We need to look at each person's story one by one and start seeing people for who they are, people," she said.

To purchase a meal for the homeless, visit Jessie Jean's Facebook page here.