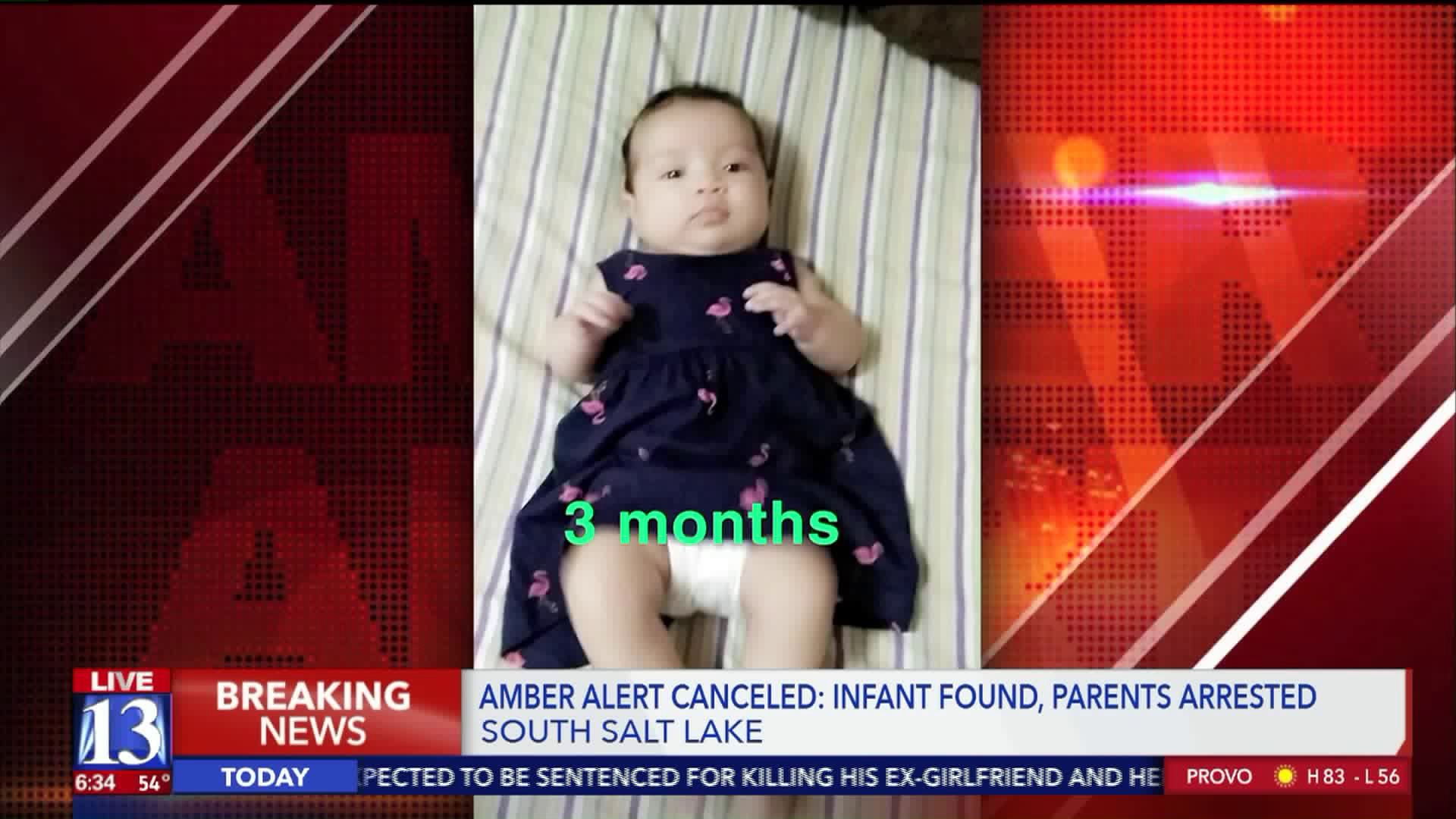 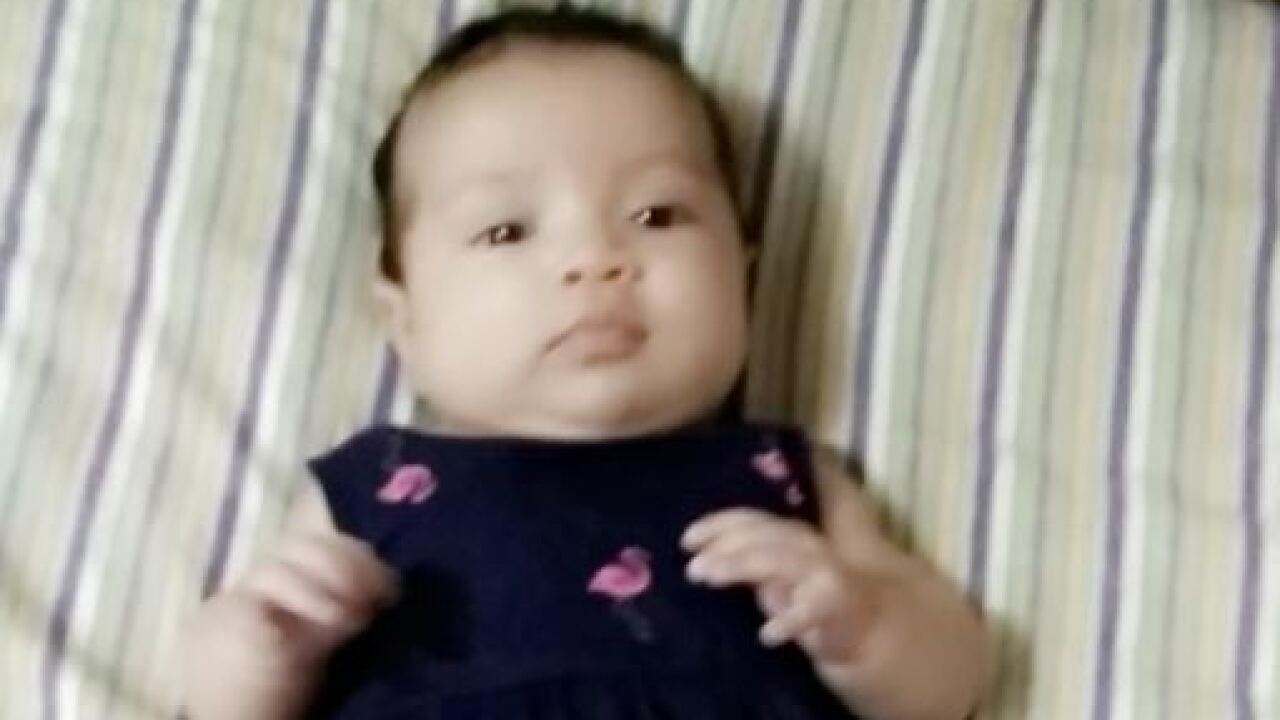 LANDER, Wyo. — An infant girl at the center of an Amber Alert that was activated Wednesday night has been found safe and her biological parents have been arrested.

"We've just got to work out the logistics now to bring the mother back to Utah, and DCFS is going to assist in getting the child back to the grandparents. But, good news for everybody that this has ended well, the child is safe and sound and we couldn't be more delighted," said South Salt Lake Police spokesman Gary Keller.

Police arrested Alvarez in Wyoming and the girl's father, 19-year-old Gabriel Brandon Caro, at a motel in Salt Lake City.

According to police, Alvarez and Caro broke into baby Khaliya's grandparents' home and abducted her.

Khaliya's grandparents had custody of her after Alvarez and Caro were deemed unsuitable due to a reported history of drug abuse and domestic violence, police said.

"In fact, [Alvarez] has a protective order against [Caro] as we speak," Keller said in an interview late Wednesday night.

Investigators believe Alvarez had been trying to bring Khaliya to the Wind River Reservation in Wyoming, where Alvarez is originally from.

Police told FOX 13 that there were two other adults in the car when Alvarez and Caro allegedly abducted Khaliyah. Their exact involvement in the incident, if any, was not immediately disclosed. 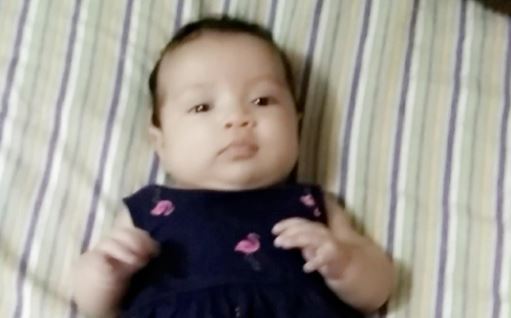