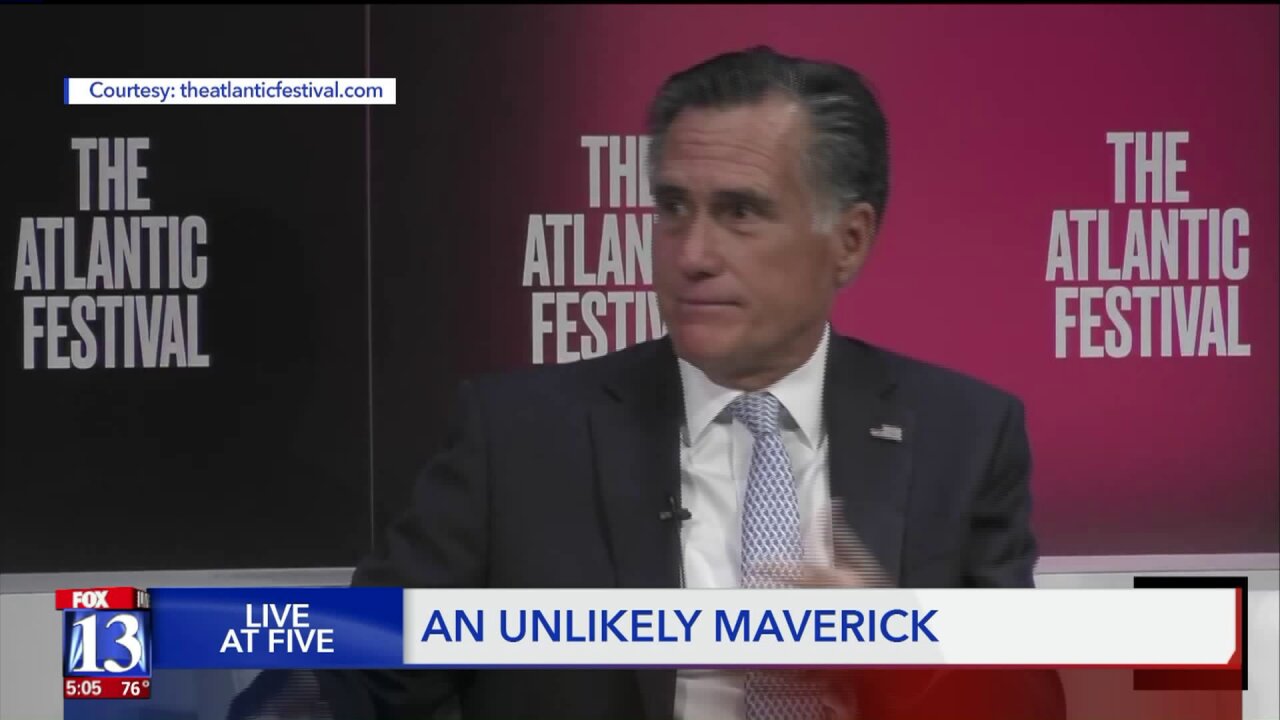 As calls for impeachment and intensified investigations ramp up in the U.S. House of Representatives, almost all Republicans in Congress have been defending President Donald Trump or remaining quiet.

The exception getting increasing attention on the national stage: Utah Senator Mitt Romney.

In an interview with the Atlantic Magazine’s Mckay Coppins in front of a live audience, Romney was clear in his concern about the President’s communication with Ukrainian President Volodymyr Zelensky in July after official notes of the conversation became public Wednesday.

“This remains deeply troubling, we'll see where it leads, but the first reaction is, troubling,” Romney said.