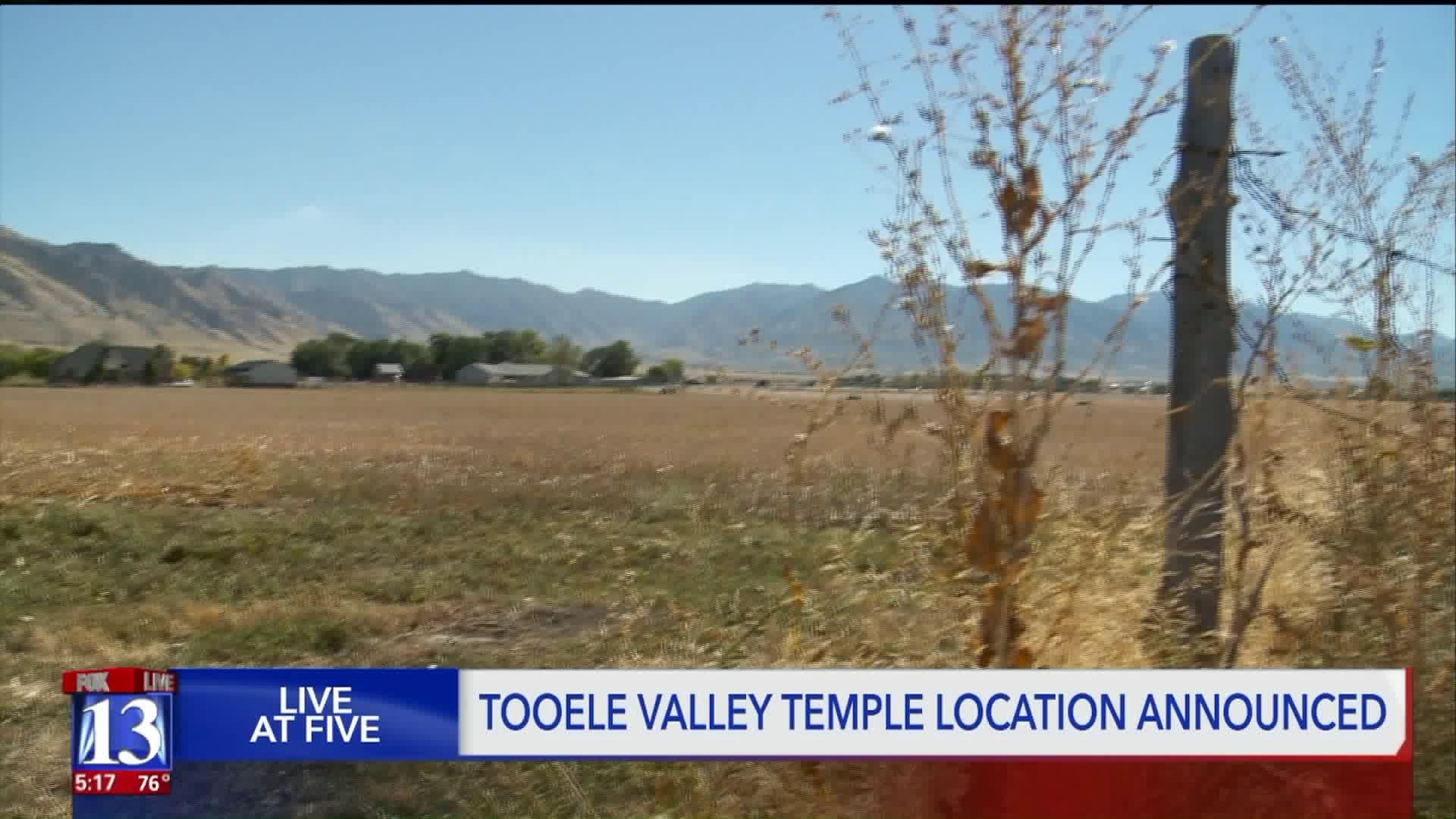 The Church of Jesus Christ of Latter-day Saints announced the Tooele Valley temple will be built off Highway 36. North of Erda Road, the temple will rise from land currently farmed by the church. 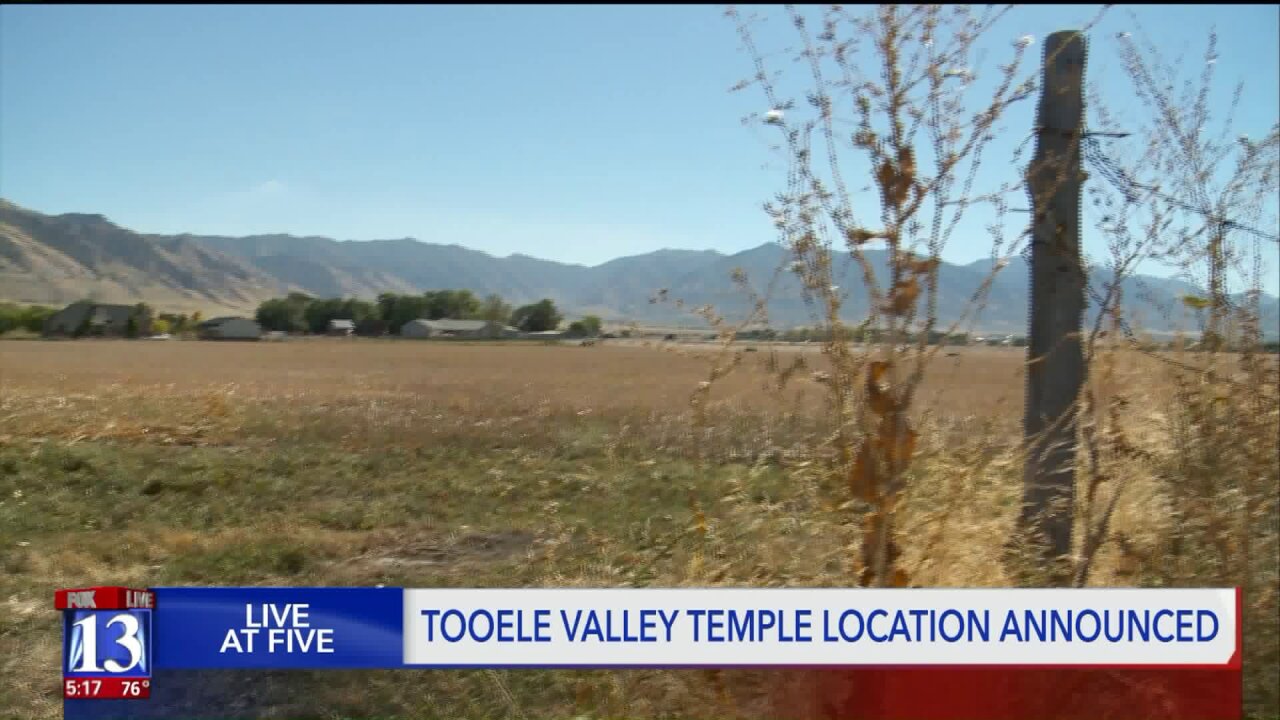 ERDA, Utah — The Church of Jesus Christ of Latter-day Saints announced the Tooele County temple will be built off Highway 36.

North of Erda Road, the temple will rise from land currently farmed by the church.

“[We are] super excited,” Maren Beazer said. "We’ve lived here for 16 years and I just never thought we’d get a temple here."

The temple will be three stories high and roughly 70,000 square feet. A meetinghouse will also be built. Nearby.

“It will be really pretty to look out and see the mountains behind it,” Kristy Rhoads said.

Rhoads’ family home is right next to the property.

"I had several, I don’t even know how many text messages that said, ‘Did you hear the temple is going to your house? It’s by your house! Did you hear,’” Rhoads said.

Not everyone shares in the excitement.

“We don’t want that to ruin where we are,” Allison Kipp said.

Four years ago, Kipp built her home in Erda because she likes peace and quiet. When the temple comes in, she said, she’s moving out.

"If they want to put a temple in Tooele county, they should put one where it is not going to cause so many problems,” Kipp said.

Traffic on Highway 36 is at the top of Kipp’s concerns. The number of cars and trucks traveling through Tooele County is already high, according to UDOT Spokesperson John Gleason, sometimes causing backups onto I-80 westbound.

Before the temple’s location was announced, UDOT planned to spend nearly $125 million to fix traffic congestion.

Three bridges along I-80 are being reconstructed. A new route called Midvalley Highway s expected to shift up to 20 percent of traffic away from Highway 36. Interstate-80 will also expand to three lanes in the area.

Maren Beazer argues the county’s growth would happen with or without the temple.

“You know, if we are going to have neighbors, the temple is a pretty great neighbor to have. We are excited that is just going to add more to our neighborhood. We love it out here,” Beazer said.

“Project managers will begin working with county leaders to hammer out the details. The groundbreaking has not yet been announced.