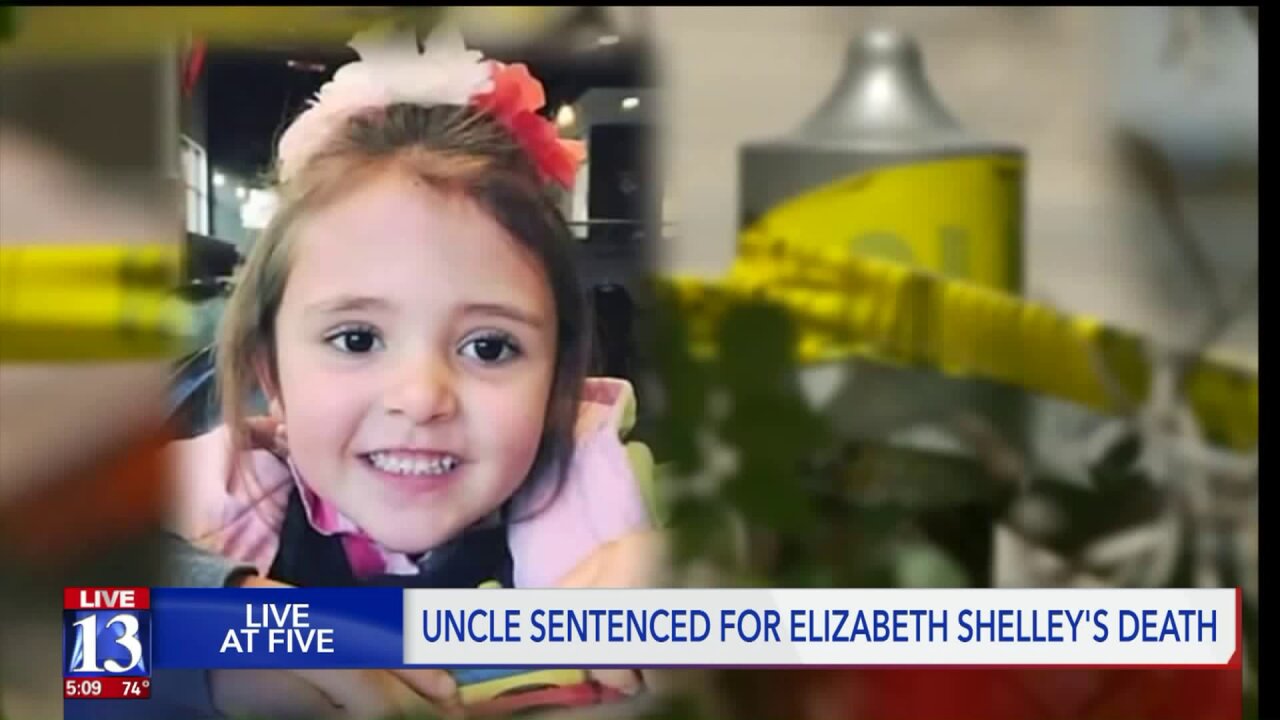 LOGAN, Utah — A man was given his sentence Tuesday after he pleaded guilty to charges of kidnapping, rape of a child, sodomy of a child and murder in connection with the disappearance and death of his niece, 5-year-old Elizabeth Shelley.

A judge sentenced Alexander William Whipple to life in prison without the possibility of parole.

Police said Elizabeth was last seen at a home in western Logan at 2 a.m. on Saturday, May 25, and she was reported missing eight hours later.

Elizabeth’s uncle, 21-year-old Alex Whipple, had arrived at the home Friday evening. He and Elizabeth were both gone by 9 a.m. Saturday.

Cache County deputies located Whipple around 3 p.m. Saturday and took him into custody for a probation violation and possession of drug paraphernalia.

On May 29, Alex Whipple was charged with aggravated murder, child kidnapping and obstr

Alex Whipple appears in 1st District Court for his sentencing hearing in Logan.

uction of justice in connection with Elizabeth’s disappearance and death. On that day, Whipple gave his attorney information about the location of Elizabeth’s body in exchange for the removal of capital punishment as an option for his potential punishment.

Two counts of obstructing justice and one count of abuse or desecration of a human body were dismissed as part of a plea deal that was struck in August. A separate court case which included six charges from when sheriff's deputies first arrested Whipple was also dismissed.

Police recovered Elizabeth’s body from the location Whipple indicated on May 29 and confirmed the body was hers on May 30. She was laid to rest on June 4.