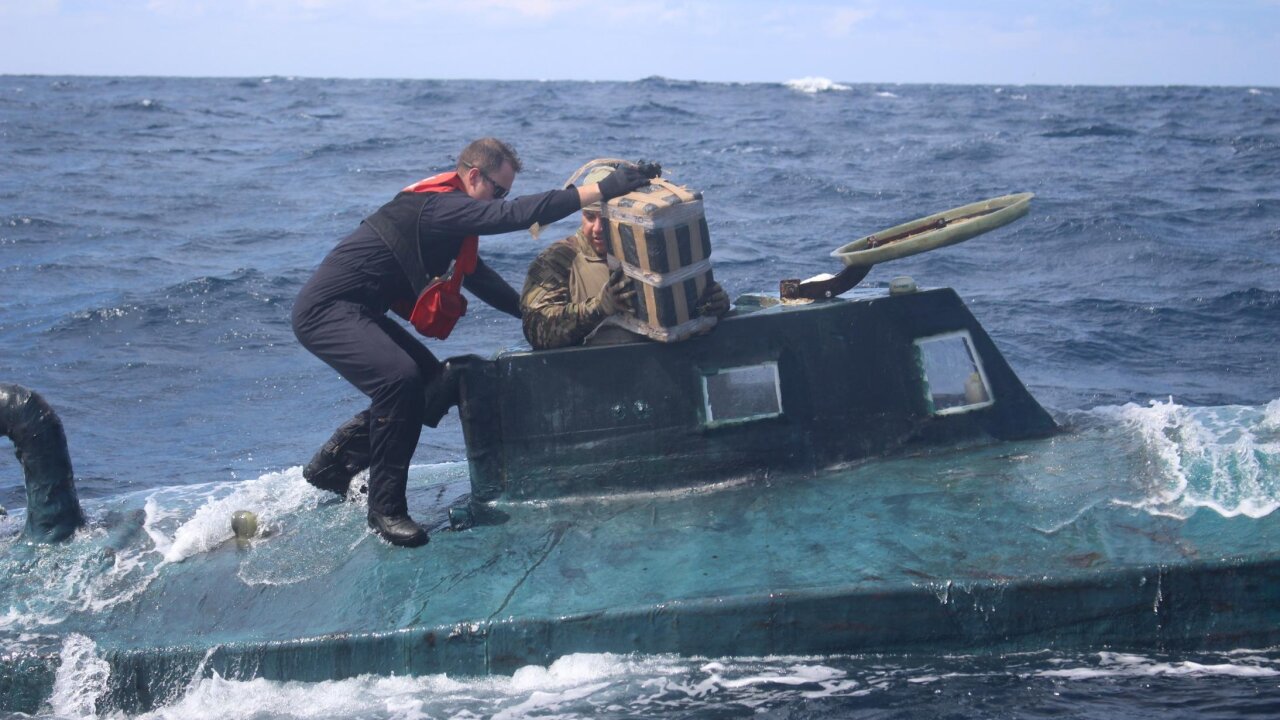 The Coast Guard cutter Valiant seized a a ‘narco sub’ carrying 12,000 pounds of cocaine worth over $165 million, according to a news release.

The 40-foot semi-submersible, a vessel made from an oil or gas drilling barge or platform supported by underwater pontoons, was found in the Eastern Pacific in early September, the Tuesday release said.

Members of the Valiant’s crew intercepted the boat with the assistance of Colombian naval assets, took control of it and apprehended four smugglers.

The Coast Guard offloaded over 1,000 pounds of cocaine but had to leave the rest due to the questionable stability of the vessel.

“There are no words to describe the feeling the Valiant crew is experiencing right now,” said Cmdr. Matthew Waldron, Valiant’s commanding officer.

“In a 24-hour period, the crew both crossed the equator and intercepted a drug-laden self-propelled semi-submersible vessel. Each in and of themselves is momentous events in any cutterman’s career. Taken together, however, it is truly remarkably unprecedented.”

Within the last week, the Southeast Coast Guard has reported seizing over 13,000 pounds of cocaine from smugglers.