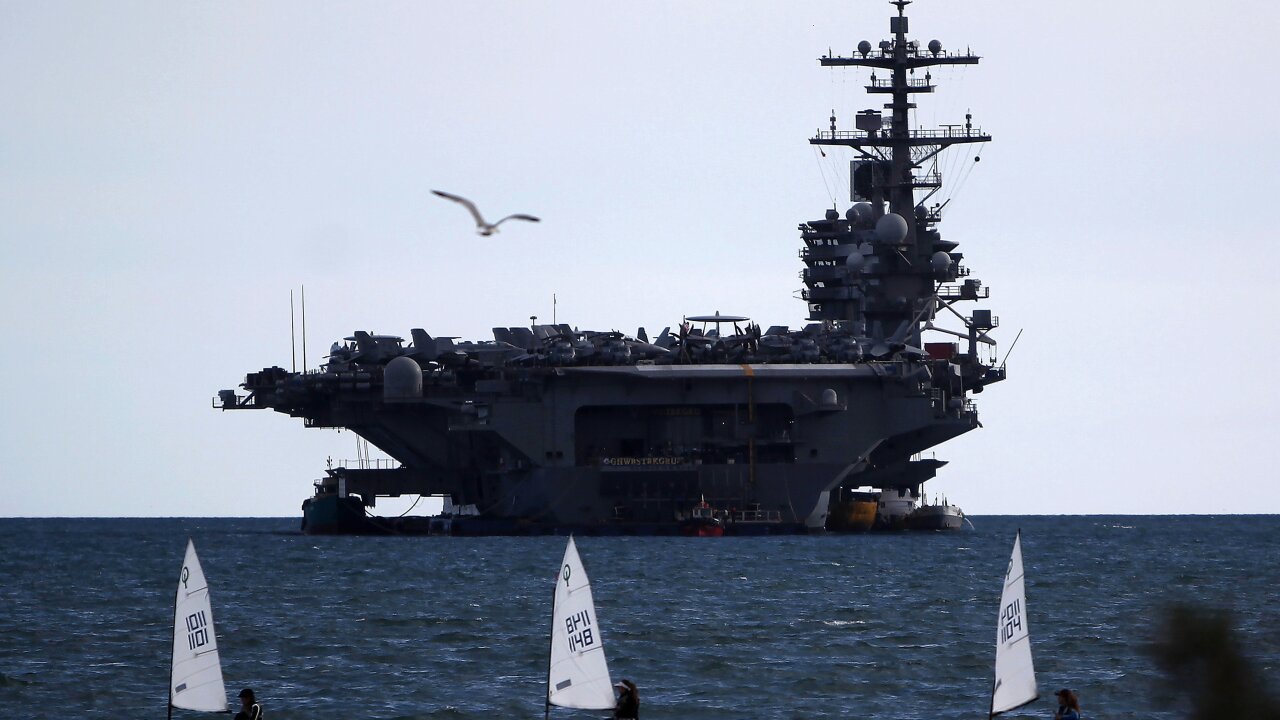 The US Navy confirmed to CNN on Tuesday that three sailors assigned to the USS George H. W. Bush aircraft carrier off the coast of Virginia died by suicide in “separate incidents” last week and has launched an investigation into their deaths. Full credit: Angelos Tzortzinis/AFP/Getty Images Source: AFP/Getty Images

Three sailors assigned to the USS George H. W. Bush aircraft carrier off the coast of Virginia died by suicide in “separate incidents” last week, the US Navy confirmed to CNN on Tuesday. The Navy has launched an investigation into their deaths.

The deaths do not appear to be connected and the sailors did not work in the same departments. Portsmouth and Norfolk, Virginia, authorities along with assistance from Naval Criminal Investigative Service are investigating the deaths. Criminal activity is not suspected in the deaths.

The investigation was first reported by the Navy Times.

“Every death of a Sailor is devastating and affects our entire Navy Family. Our thoughts and condolences are with the family, friends, and shipmates of the Sailors,” said Jennifer Cragg, a spokeswoman for Commander, Naval Air Force Atlantic. “As a crew and as a family they are grieving; they are supporting each other, and are comforting those in need.”

Five sailors who were assigned to the carrier have died by suicide in the last two years.

Captain Sean Bailey, commanding officer of the USS George H. W. Bush, called for the naval community to come together “to grieve, to support each other, and to care for those in need.”

“We need All Hands to engage by bringing forward your suggestions and ideas for how we can work together to prevent another suicide. I want to reiterate that there is never any stigma or repercussion from seeking help,” Bailey said in a Facebook post.

The number of confirmed and suspected suicides in the active-duty Marine Corps and the Navy reached a 10-year high in 2018. Sixty-eight active duty Navy personnel died by suicide in 2018 with 57 cases among the Marine Corps, according to data obtained by CNN. Another 18 Marines in the Reserve forces either are confirmed to have committed suicide or their deaths are being investigated as suspected suicides.