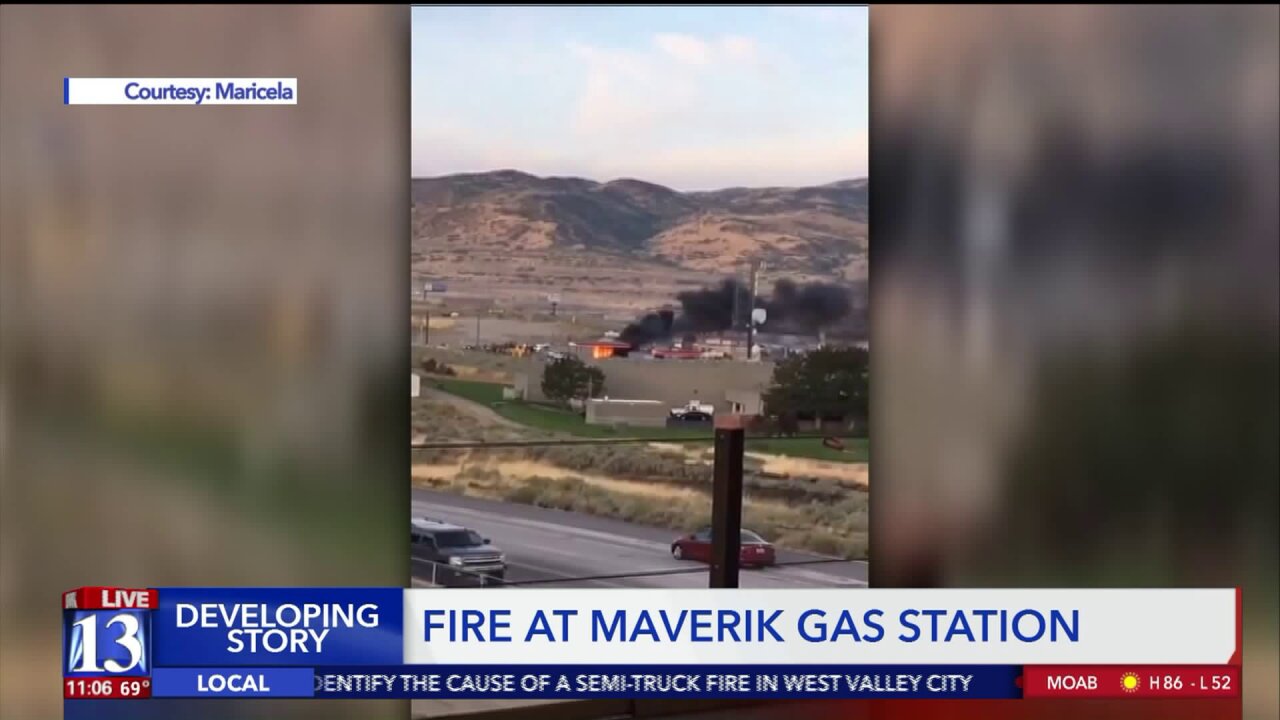 DRAPER, Utah – Two people were hospitalized with burns after a semi rolled into cars and sparked a fuel fire at a Maverik in Draper Monday morning.

A semi was fueling up around 7:30 a.m. when it began rolling across the parking lot.

The big rig hit a pickup truck, then a passenger car—forcing both into a gas pump.

“When we arrived we had an active fire, two cars on fire—a gas pump,” said Capt. Tyson McQuiston of the Draper Fire Department. “We had two patients to treat that got transported to medical facilities.”

“This could have been really bad," he said. "Luckily we had some bystanders that hit the emergency fuel shut off, which definitely helped keep that fire under control."

Fire crews quickly doused the flames, and the injured were rushed to local hospitals.

A Utah Highway Patrol trooper interviewed the semi driver and checked out his vehicle for a possible brake malfunction. No word yet whether any citations will be issued.