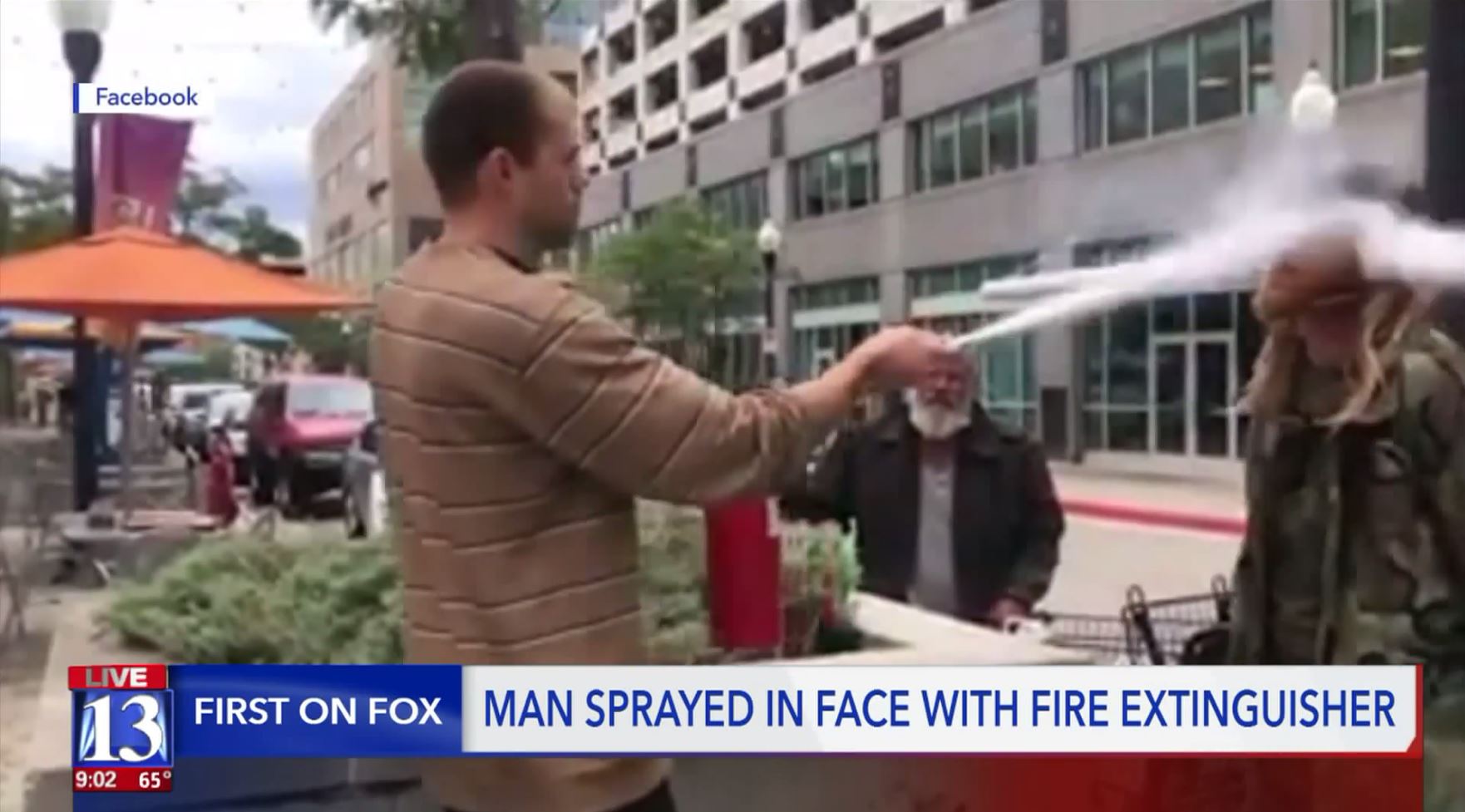 A man could face criminal charges for spraying another man in the face with a fire extinguisher in downtown SLC. 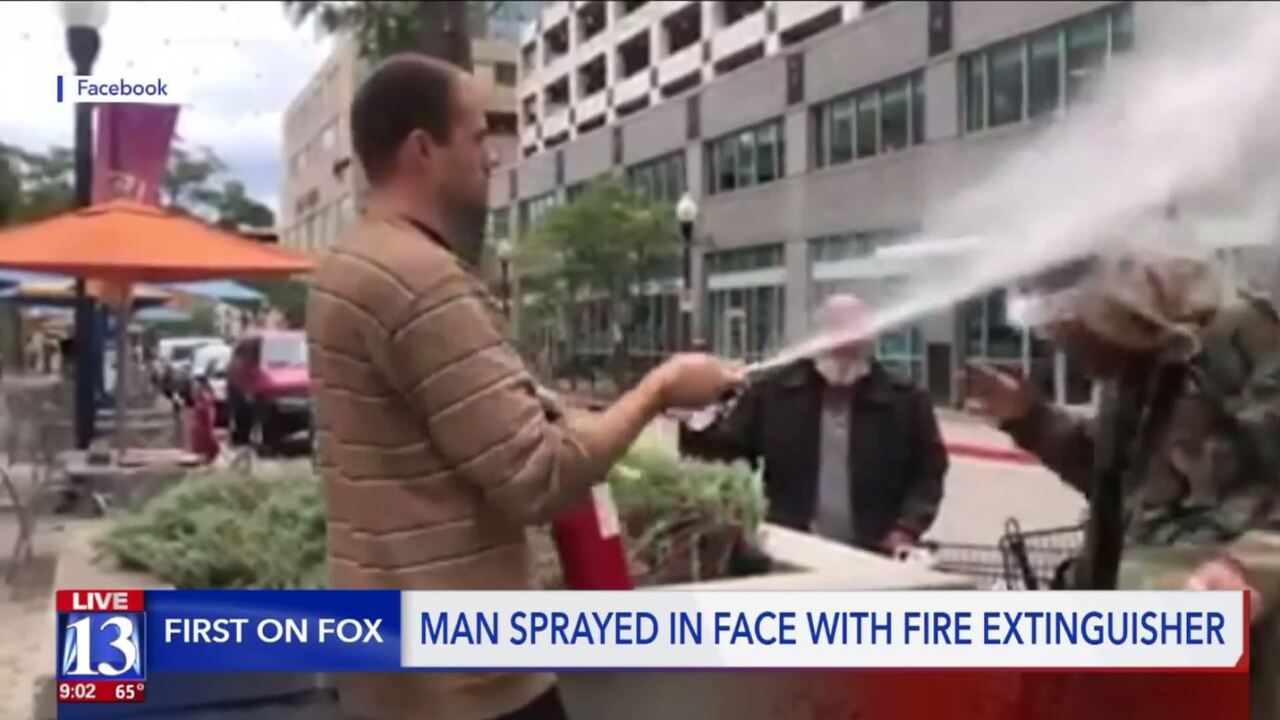 SALT LAKE CITY — Video captured outside the Gallivan Center, showing a confrontation between a restaurant owner and a man smoking a cigarette, is going viral.

The video shows the restaurateur shooting chemicals from a fire extinguisher in the face of Jon Bird.

A lawyer for Bird says her client was volunteering at the Urban Arts Festival when he took a smoke break.

“He was where he should be, and he cleared that with security to make sure he was able to smoke there,” said Rakay Michael, Bird’s attorney.

In the video, the confrontation escalates with a bystander heard asking, “You’re really going to spray him with a fire extinguisher?”

A few seconds later, after Bird appears to exhale some smoke, the man holding the extinguisher blasts a shot of the chemicals from a few feet away.

“I think it was definitely out of line,” Michael said. “Mr. Bird wants Alex [the man with the extinguisher] held accountable.”

Salt Lake City Police are investigating and interviewing witnesses. They say it is possible misdemeanor assault charges could be filed.

As investigators try to get to the bottom of what happened, Bird has seen a doctor and claims he is feeling the effects of the chemicals.

“He is suffering from breathing problems, coughing, his eyes burn, he has constant headaches and we don’t know what long term effects are going to be present,” Michael said.

FOX13 made several attempts to contact the restaurateur and have not heard back.