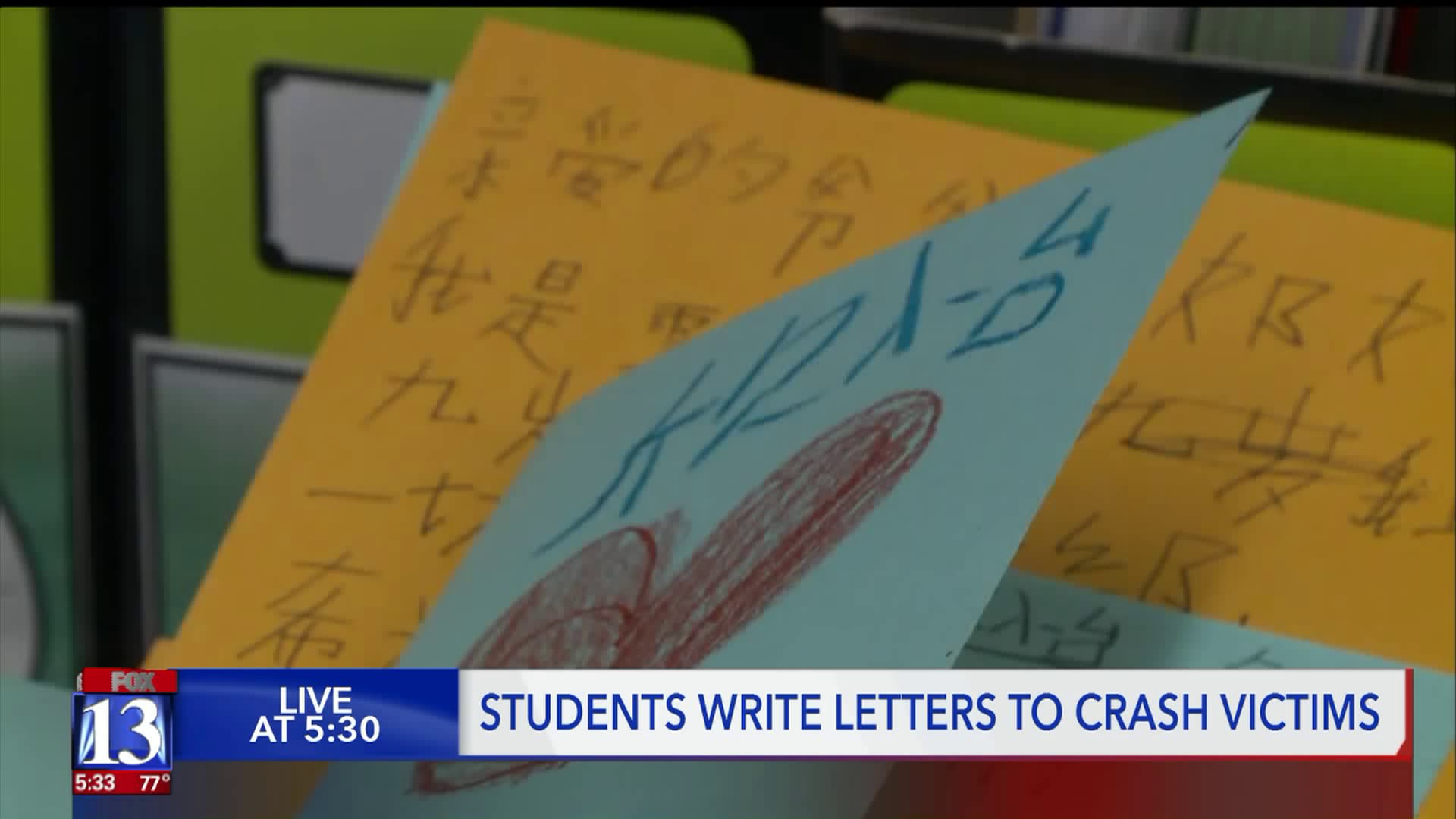 After a tour bus crash on September 20th near Bryce Canyon that left several people dead and multiple hurt, Chinese immersion students from around the state are helping out in the healing process. 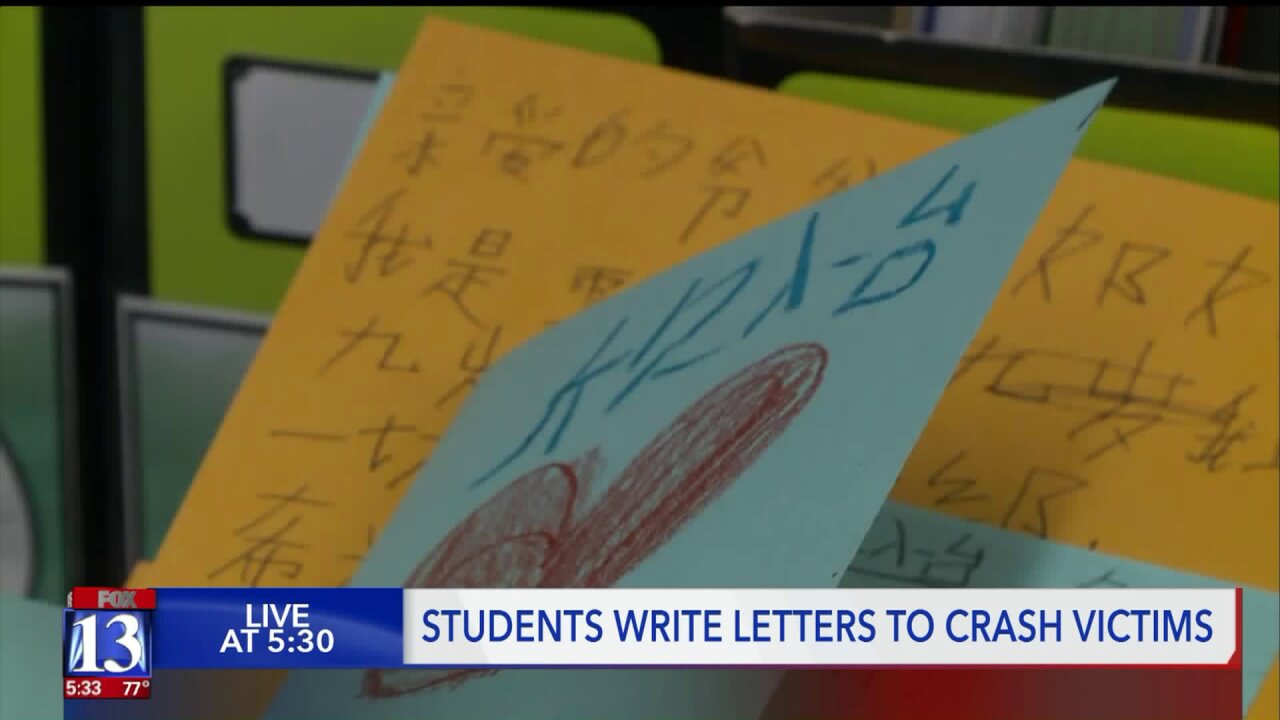 SOUTH JORDAN, Utah — After a tour bus crash near Bryce Canyon on Friday left four people dead and dozens injured, Chinese immersion students from around the state are helping out in the healing process.

Anywhere from 500 to 600 students at different schools around Utah are making cards in their classrooms to send to the bus crash victims in the hospital — all of whom are from China.

All of the cards are written in Chinese.

“The victims are far from home. There’s a little bit of a language barrier and so we are just hoping with the large program we have in Utah that there’s something we could do to cheer them up,” said Jayne Young, the Chinese Coordinator with the state's Chinese Dual Immersion Team.

Zoey Summers, a 3rd-grader at Eastlake Elementary, is one of the many students making cards.

“I feel like the people who had families, who died ... they love them, and I feel like it’s kind of sad. So we’re going to give them hope and make sure that they’re happy,” Zoey said.

Zoey’s teacher, Xin Luo, said she hopes when the victims receive cards written in their own language, it will make a difference and help with the healing process.

“All of my students were very sad," Luo said. "So they talked with me and said, 'Ms. Luo, can we do something for these people, for these Chinese people?'"

“I hope that when they come back they’ll be healthy and OK and that they can have a great life,” Zoey said.

Young will take all of the cards and distribute them to the victims of the crash in the different hospitals.