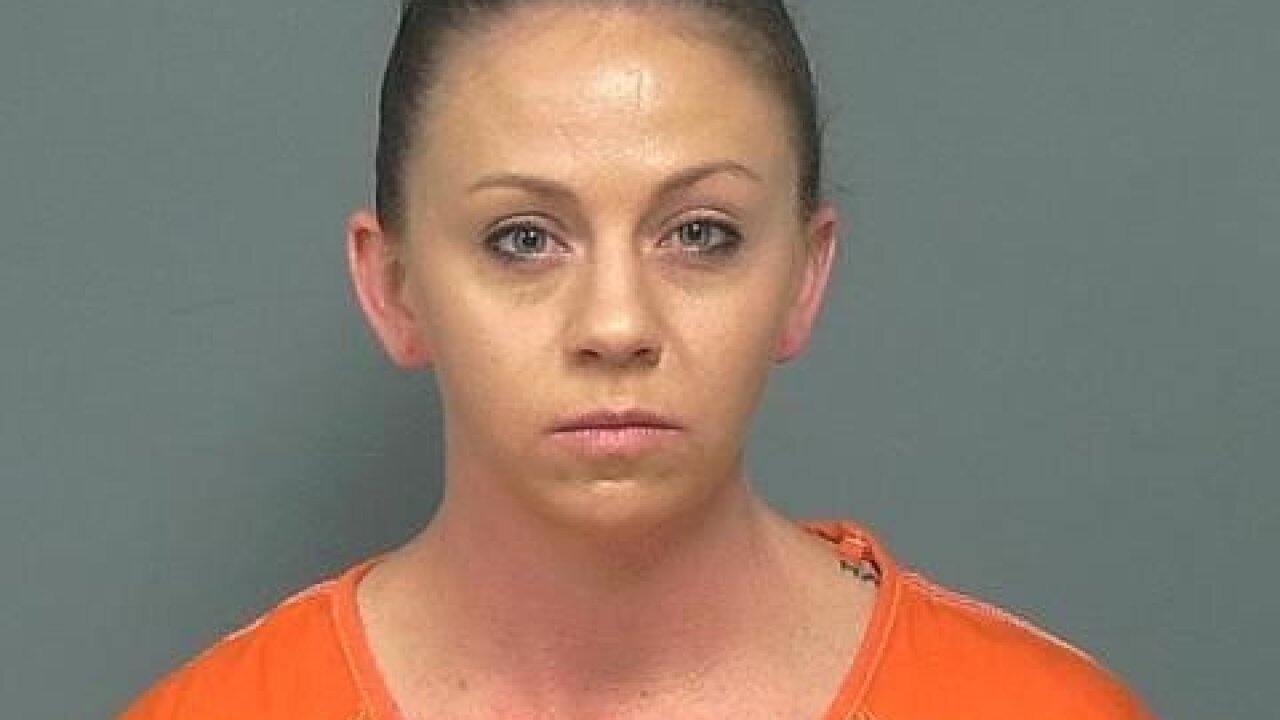 Guyger was indicted on the murder charge more than two months later. She has pleaded not guilty, and faces up to life in prison if convicted. Source: Mesquite TX Police Dept

The murder trial of a former Dallas police officer who killed a 26-year-old black accountant in his own apartment will start Monday.

On September 6, 2018, Amber Guyger fatally shot Botham Jean in his apartment, believing it was her unit, which was one floor below, police said.

Guyger was indicted on the murder charge more than two months later. She has pleaded not guilty, and faces up to life in prison if convicted.

The shooting sparked days of protests in Dallas and calls for the white officer to be charged. Civil rights lawyer Benjamin Crump, one of the Jean family attorneys, said the shooting was another example of the threat of violence black people live with.

Guyger was off duty but still in uniform when she parked her car at the South Side Flats and walked to what she believed was her apartment, according to an arrest warrant affidavit. She said she did not realize she was on the wrong floor.

The door was slightly ajar as Guyger tried to use her key, which has an electronic chip. When she opened it, the inside of the apartment was almost completely dark, the affidavit said. Guyger described seeing a large silhouette and believed there was an intruder.

She drew her gun and gave verbal commands, the affidavit said. But Jean, who was in his own home, did not heed them.

Guyger fired two shots, hitting Jean once in the torso, the affidavit said.

Guyger called 911 and rendered aid to Jean, according to the affidavit. But it wasn’t until she turned on the lights and was asked for her address that Guyger realized she was in the wrong apartment, she told police.

“I thought it was my apartment,” Guyger told the 911 dispatcher 19 times.

Jean died at a hospital. Guyger was arrested for manslaughter three days after the shooting. The Dallas Police Department, which hired Guyger in November 2013, fired her on September 24, 2018.

Initially, then-Dallas County District Attorney Faith Johnson presented the manslaughter case to a grand jury. The grand jury indicted Guyger on the murder charge, which Johnson said indicated they felt her actions were “knowing” or intentional.

Guyger’s attorney, Robert Rogers, has called the shooting “a terrible tragedy that resulted from a true mistake.” Reached last week, he declined to comment further, citing a gag order.

Praying for a conviction

Jean, who was raised in St. Lucia, worked for PricewaterhouseCoopers’ Dallas office.

In 2016, Jean graduated from Harding University in Searcy, Arkansas, where he was a member of the Good News Singers, a spiritual a capella group on campus, and frequently led worship services, the school said.

As jury selection began in Dallas on the one-year anniversary of the trial, Jean’s family in St. Lucia decided to devote the day to good deeds.

They went to his elementary school to deliver school supplies and award scholarships to two children, his mother, Allison Jean, told CNN.

At night, they laid a wreath at his grave and sang some of his favorite hymns. Halfway through the singing, his mother said she couldn’t continue and broke down.

Family members told CNN they are praying for a conviction.

“My hope for the trial is for my son to get justice … that the person who inflicted harm on him gets punished for the crime that she committed,” Allison Jean said.

“We’re always taught to ask God for exactly what you want, so this is what I want: I want justice for Botham,” said his sister, Allisa Findley, 37, who lives in New York.