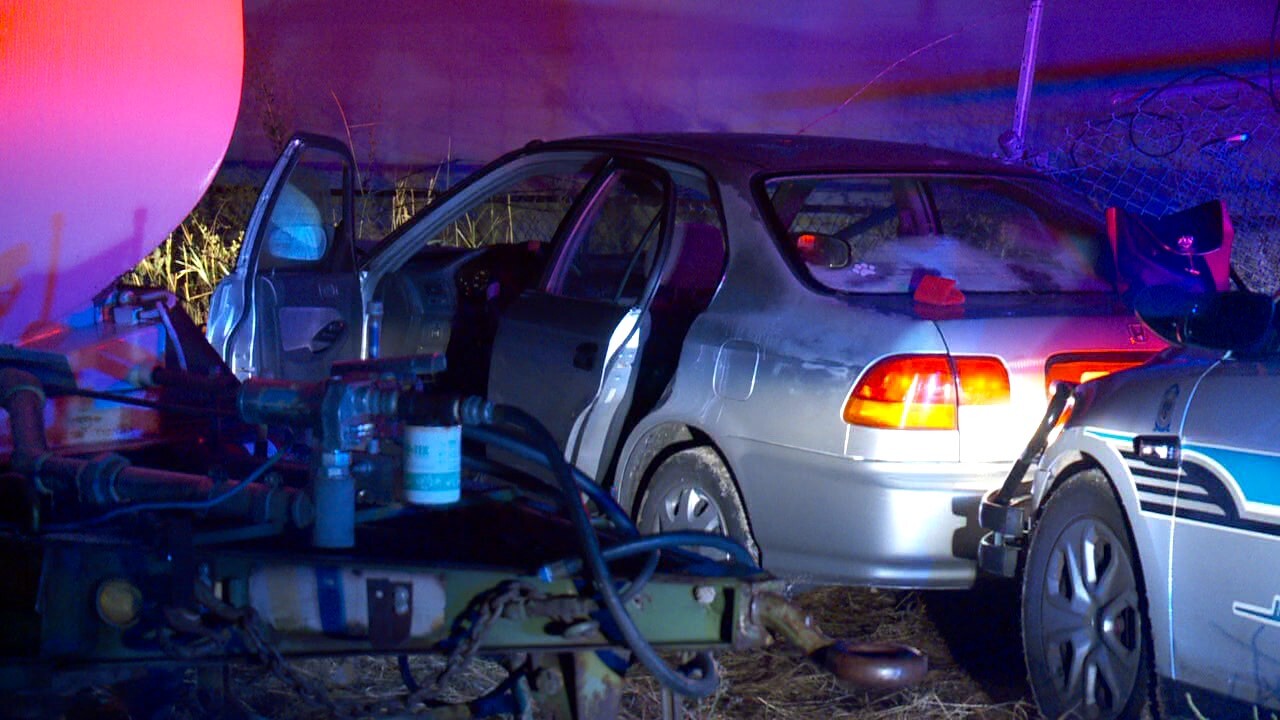 The driver, Danny Luafulu, 27, was arrested and booked in jail on charges of failure to respond to stop and theft by receiving stolen property. The identities of the two passengers have not yet been released.

According to Sgt. Robert Brinton of West Valley City Police Department, it started around 2 a.m. when Utah Highway Patrol attempted to stop a Honda Accord. The car fled and officers advised surrounding agencies to be on the look out for the vehicle.

The vehicle was later located at 4800 West 4700 South by West Valley police. According to a probable cause statement obtained by Fox 13, Luafulu ignored multiple visual and audible commands to stop and the pursuit was initiated. Brinton said there was a low risk factor in pursuing the vehicle because of the time.

Multiple outside agencies were called to assist in the pursuit. Unified Police Department was able to flatten the vehicle’s tires with spikes, which reduced the speed, according to Brinton.

Luafulu began driving through alleys and yards when he eventually ended up in a field and crashed into a fence at 154 West Gregorson Avenue in South Salt Lake. He attempted to drive through the fence but was unsuccessful. Officers were able to take all three individuals into custody.

The car was identified as stolen from Davis county.

No injuries occurred during the pursuit or arrest.