A mountain climber survived a terrifying fall into a crevasse while descending Mount Rainier. Then he snapped a pic 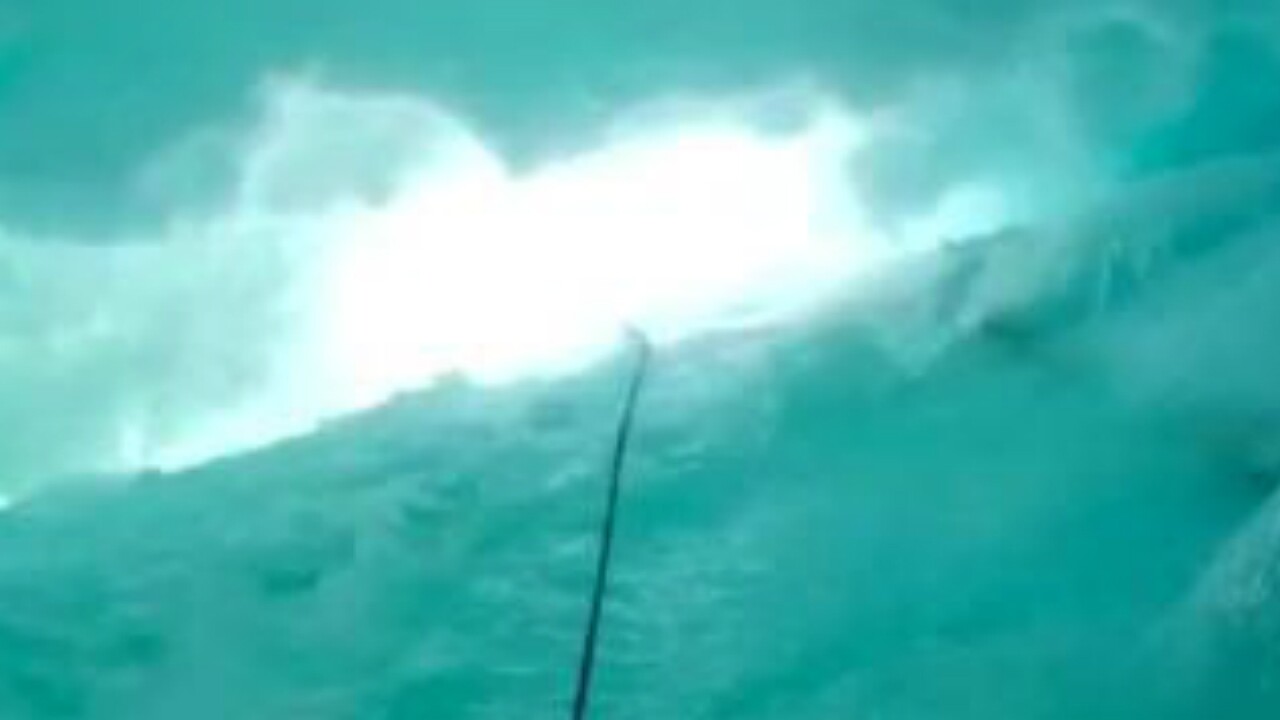 A mountain climber thought he’d finished the hardest part of his journey up and down Mount Rainier, but as he’d tell you now, he was wrong.

Graham Parrington and his team were on a climb headed up Washington’s largest mountain last August. They had just made it to the top of were heading back down to camp when it happened — Parrington plummeted 30 feet through a crack in the ice.

“We were on our way back down, we’d gotten past the most dangerous parts and we could see our tents,” Parrington told CNN. “And all of a sudden I disappeared into a crevasse.”

He was falling, and began screaming.

“I was smashing through melting layers of snow, which broke my fall a bit,” he said. “I got to the bottom, and I was dangling above a giant blade of ice.”

Parrington could only hear his team if they leaned over the edge of the crevasse.

At one point, Parrington told CNN affiliate KOMO he snapped a photo of himself after he realized he wasn’t going to plunge to his death.

The self-taught climber had climbed Rainier before, but the team he was with this time wasn’t as experienced. That meant they needed help to get him back to safety.

“It took maybe 15-20 minutes for the team to situate a second rope team,” Parrington said.

Help came in the form of a group of woman climbers who had also just summited and were on their way down to base camp. Parrington put on a rain jacket and gloves as he waited for the teams to send help.

“It’s like being in a ice shower down there,” he said. “The glacier is melting on you.”

Parrington said the light was dim, making it hard to see what was around him. At his feet, a drain hole loomed so dark he couldn’t even see the bottom of it.

Once the anchor was set, Parrington inched his way to the top. It took 15 to 20 minutes of steady but difficult climbing.

“When I got to the top, I’d never been so happy to be blinded by the sunlight,” Parrington said.

Parrington and the other climbers continued their trip back down the glacier. During that next section of glacier travel, Parrington said a teammate punched through another crevasse, but luckily he was able to stop himself from falling in.

“I don’t think any of us are in a hurry to get back onto a glacier,” he said.

Parrington said this experience has motivated him and some of his fellow climbers to get more training before they climb again. Parrington and his team were prepared, he said, but they had a lot of luck, too.

“We all want to minimize the dependency on luck next time we climb,” he said.