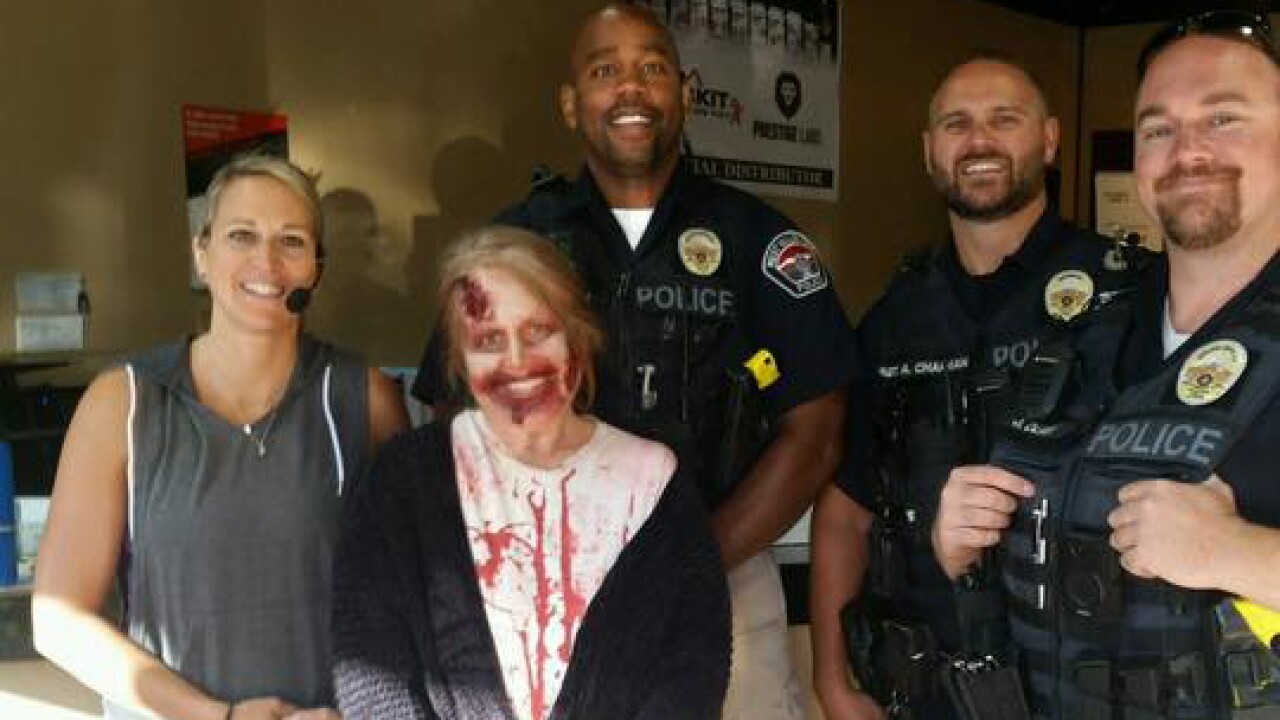 WEST VALLEY CITY, Utah — West Valley City Police received a report that a woman covered in blood had been seen running from her car and into a local business Thursday morning.

“Naturally, that’s a pretty big concern, so our officers rushed to the scene,” a Facebook post from the West Valley City Police Department said.

But police were relieved to find out that the woman wasn’t rushing because she needed help – she was simply in a hurry.

“Turns out, the woman had been working on a movie set and was running because she was late getting to the gym and wanted to wash off her makeup before her kickboxing class started,” the post said.