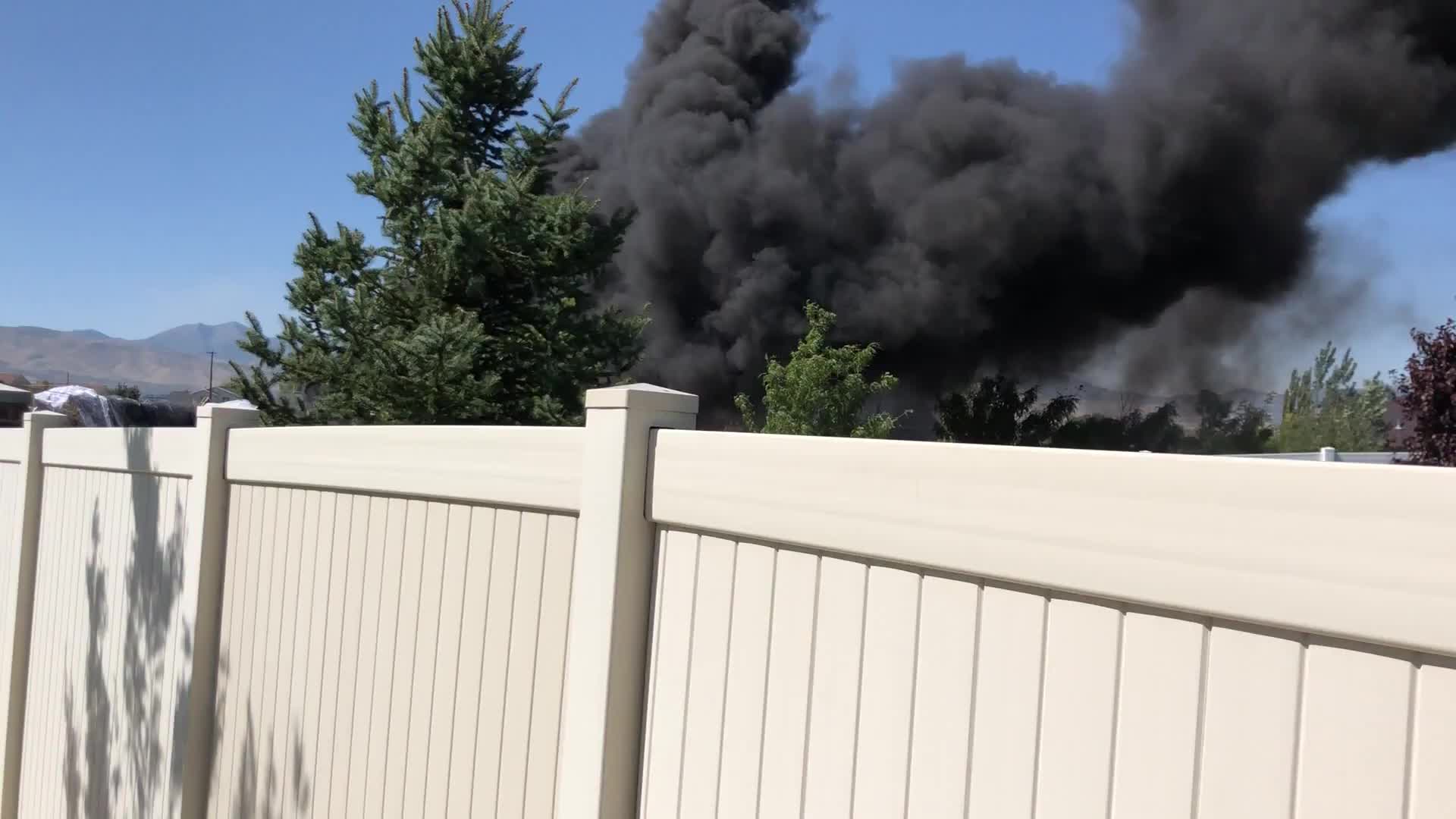 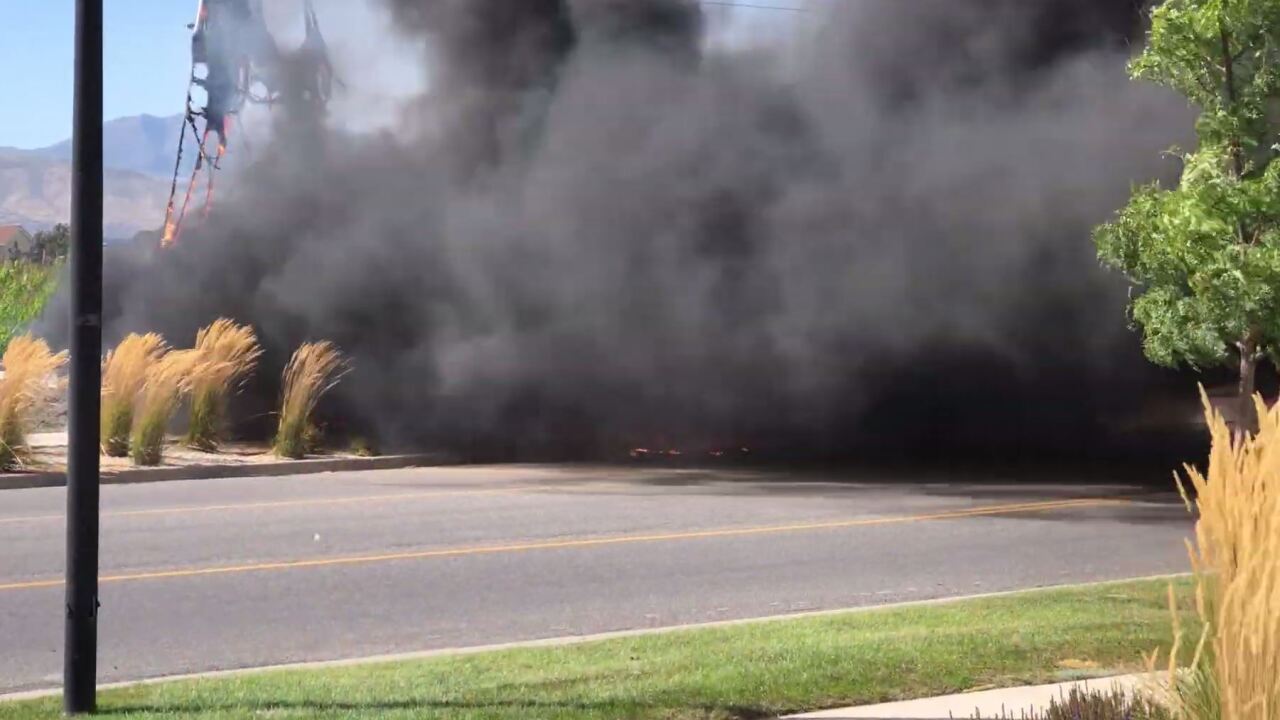 DRAPER, Utah — An unfortunate turn of events involving a bounce house led to a fire and power outage in Draper Thursday.

According to a spokesman for the Draper City Fire Department, it happened as a Kuwahara Farms worker was preparing for the farm's fall festivities. The worker was inflating a bounce house when a wind gust picked it up and blew it into some nearby power lines, which caused a power outage for thousands of customers.

FOX 13 viewer Jeff Eslen captured footage (above) of the bounce house, which caught fire after making contact with the power lines.