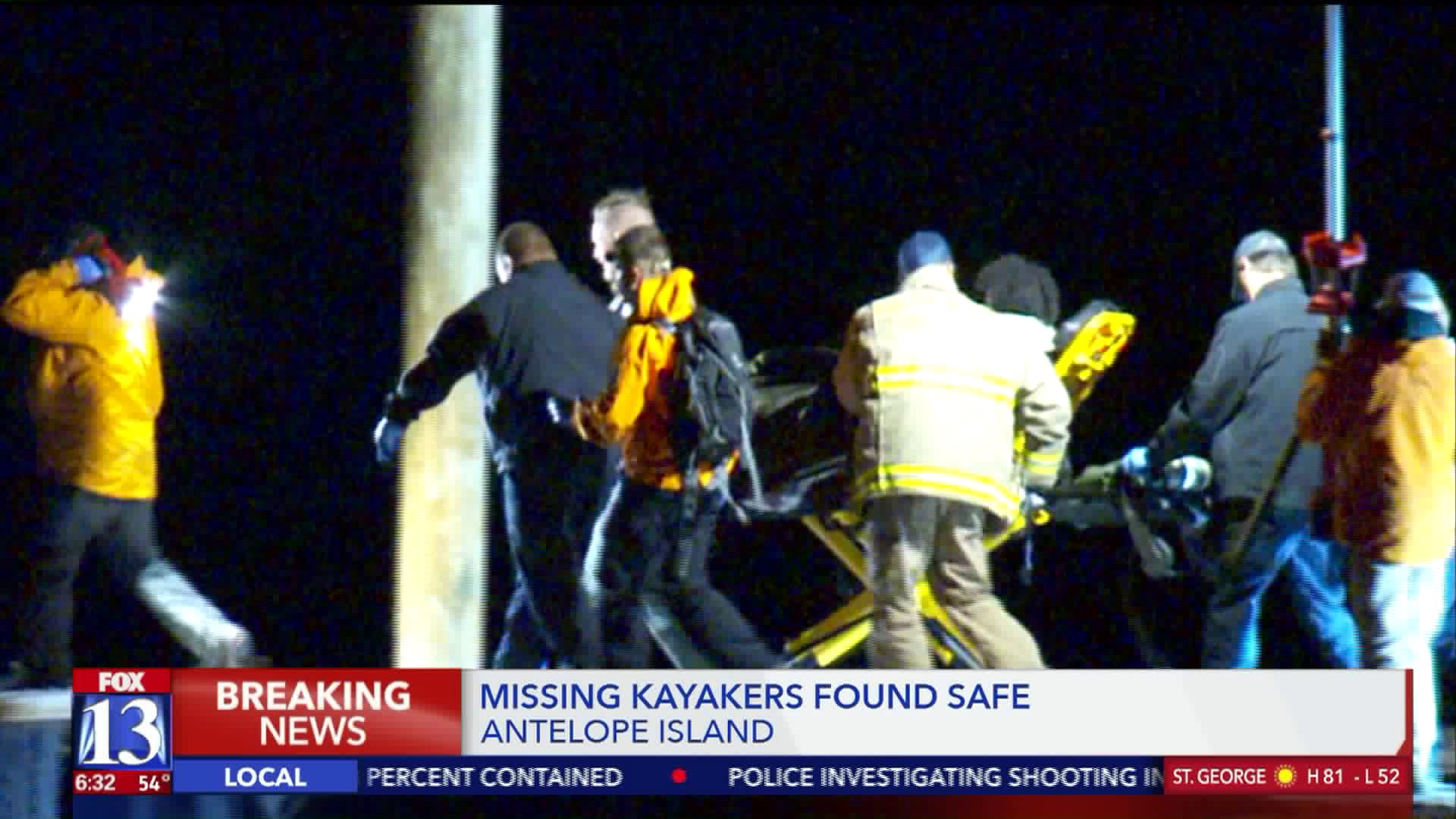 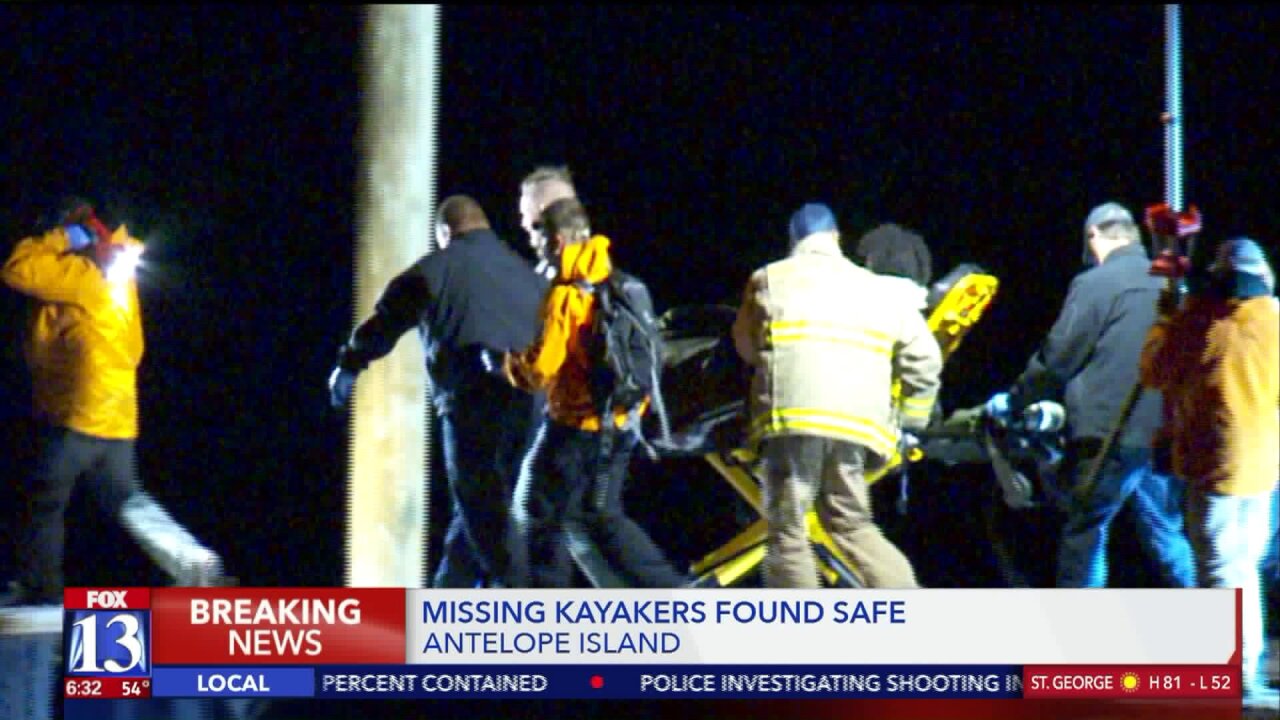 According to the Salt Lake County Sheriff's Office, the two men in their 20s did not have life jackets. Both were located by a helicopter, and one was picked up by the helicopter while a boat rescued the second.

Both men were rescued by about 2 a.m. Friday and transported to hospitals to be evaluated. A press release Utah State Parks indicates they were "responsive to rescue personnel" but did not provide specific details on their conditions beyond that.

A third member of their party was able to make it to the northwest shore of Antelope Island and call for help around 7 p.m. Thursday.

The Utah Department of Public Safety dispatched two helicopters to aid in the search.

As of 10:15 p.m. Thursday, 20 mph wind was creating seven-foot waves and the temperature on the lake was dropping.