Neighbors fed up with 24/7 construction noise in downtown SLC 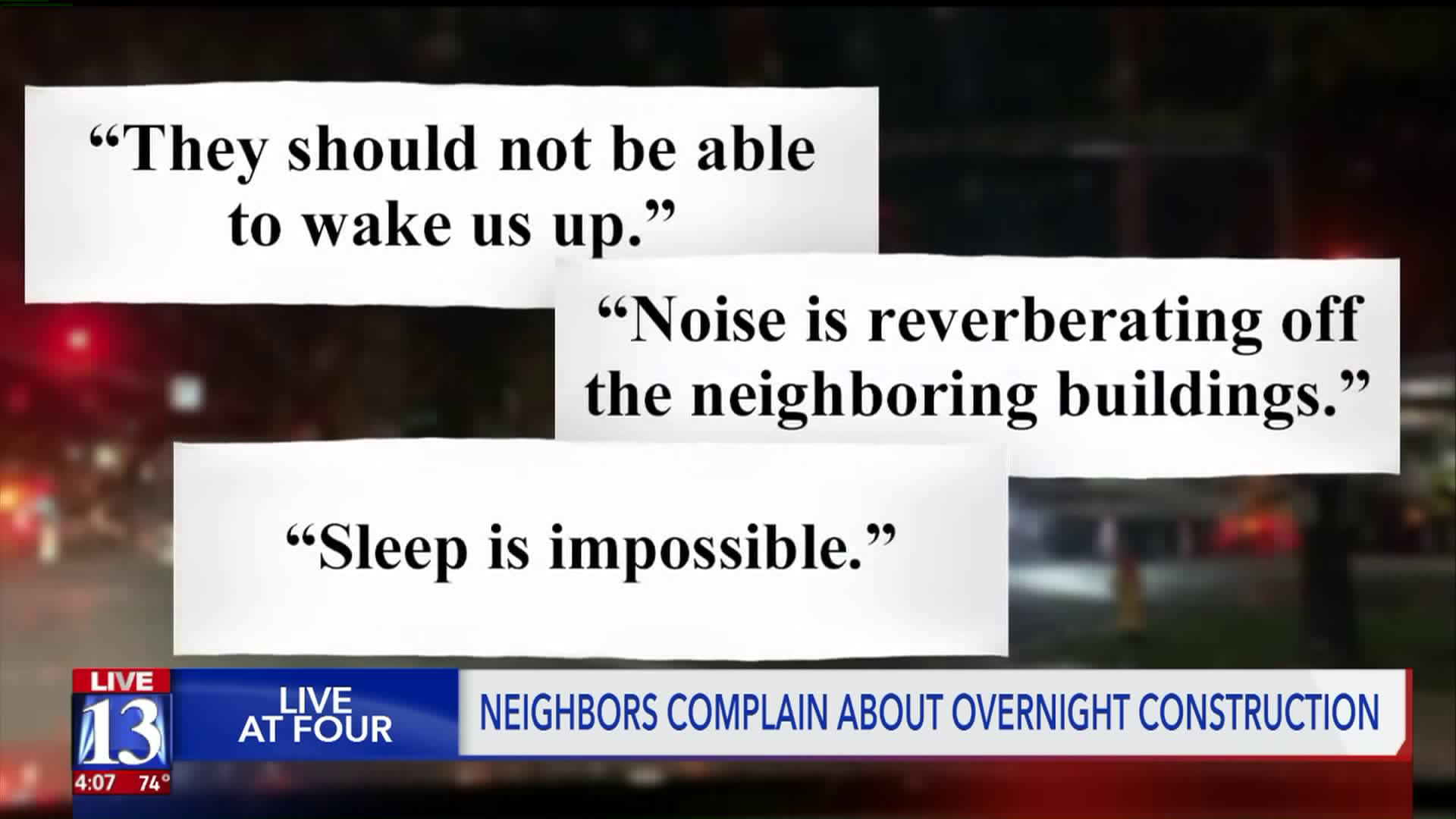 A major construction project downtown is causing major problems for people living nearby. 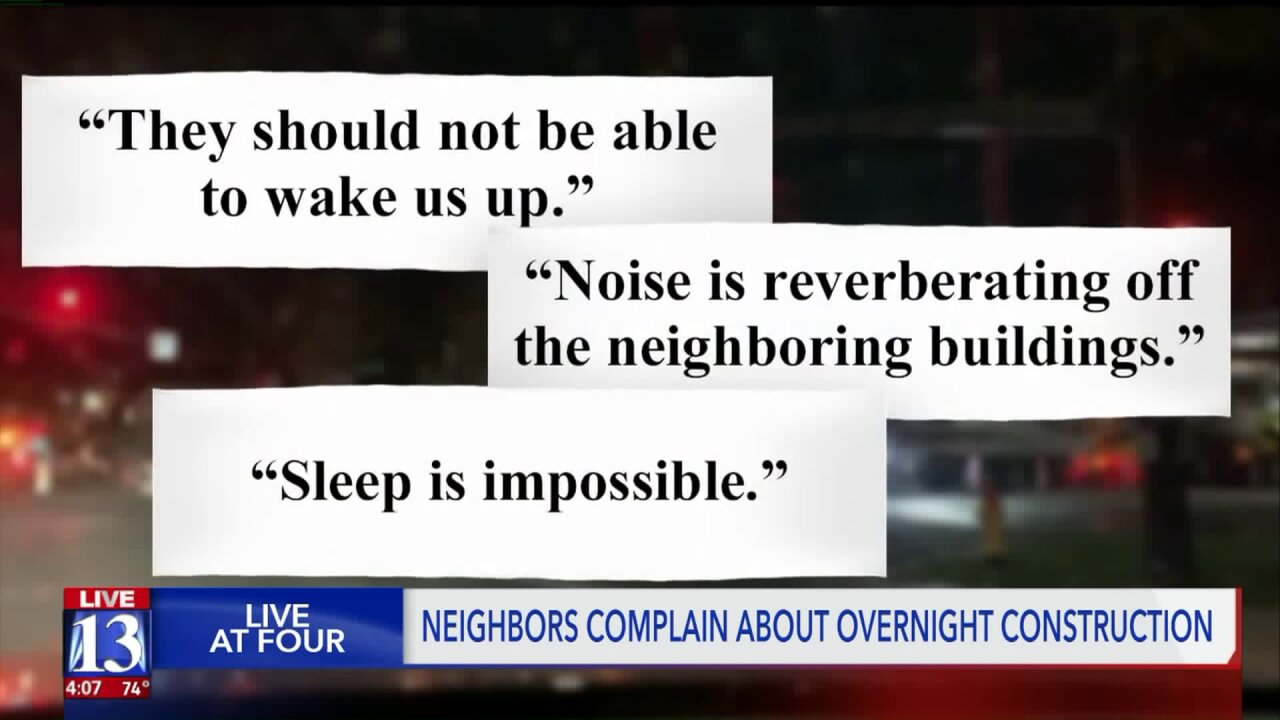 Crews at "The Exchange" project at 330 East and 400 South have been working around the clock some nights.

“It’s been tough to deal with it,” Brad Leeper said.

Leeper’s apartment overlooking the site gives him a front row seat to the $100 million residential project.

For months, Wadman Construction has worked through the night. Sometimes they start at 10 p.m., other nights at 2 a.m.

“Putting pillows over our head is honestly the best bet at this point,” Brad Leeper said.

In complaints obtained by FOX13, residents told the county health department: ”They should not be able to wake us up,” “noise is reverberating off the neighboring buildings,” and “sleep is impossible.”

In addition to working directly on 400 South, crews poured over a half mile of concrete overnight just this week.

“We are not trying to inconvenience anybody,” Wadman Construction Project Manager Phil Clawson said. “It’s just to get the concrete in.”

Clawson said if the work was done during the day, heavy trucks would line 400 South.

“The cement truck traffic is just horrendous so that would really stop traffic and really impact downtown,” Clawson said.

The Salt Lake County Health Department said this project worked illegally without the noise exception until Thursday morning. Wadman Construction filed on Wednesday after a complaint alerted the health department of the overnight work.

The complaints have also forced the city to get involved, which is trying to find a way to help neighbors sleep.

“They could have done a better job of going about it,” Downtown Alliance SLC’s Bill Knowles said.

However, people living downtown should get used to some construction noise. In the next two years, nearly 40 multi-million dollar projects will spring up in the city’s core.

“I’m confident we will get everybody through it but it is going to be really busy,” Knowles said.

With a project this size, Wadman Construction would usually alert neighbors, but Clawson admits there were just too many people living downtown and he didn’t know how to go about it.

The overnight work is scheduled to happen at least once a week through October. Construction is expected to be finished in May 2021.