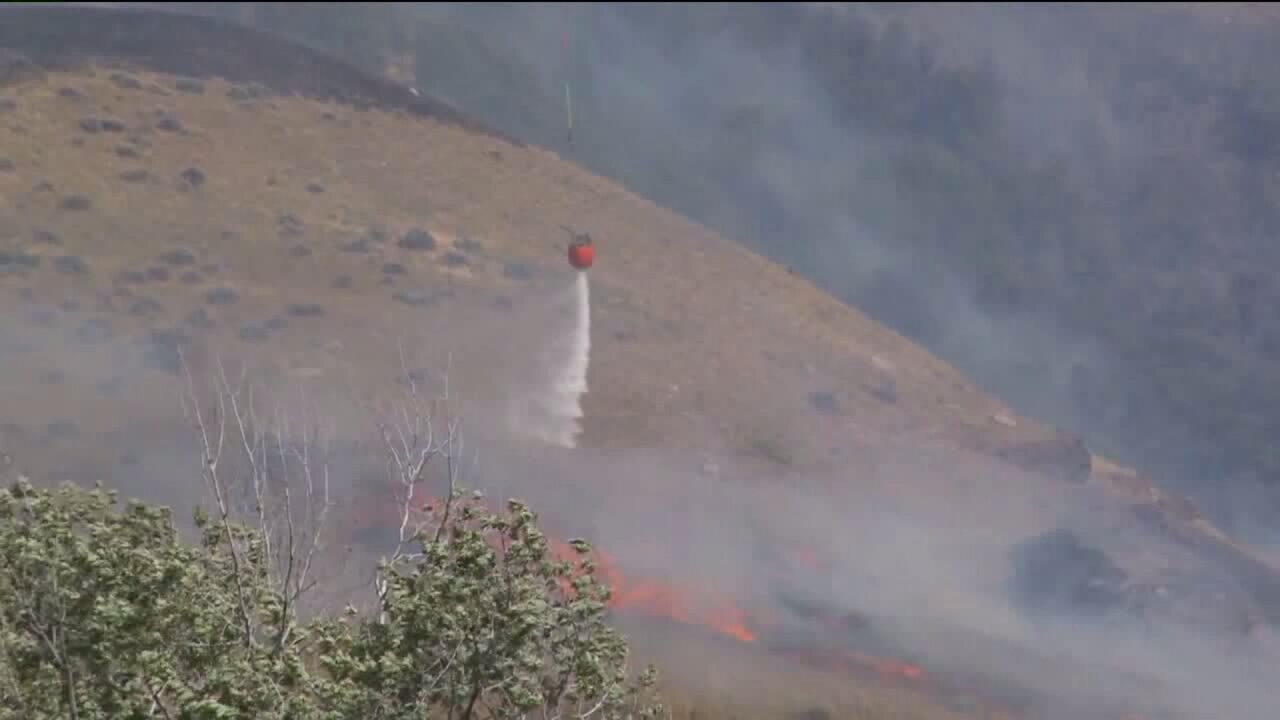 KAYSVILLE, Utah — A wildfire on the mountainside east of Kaysville is more than two-thirds contained, the U.S. Forest Service reports.

Crews have established a fireline on the lower two-thirds of the Francis Fire, which has burned 365 acres.

The lightning-caused wildfire began to spread quickly on Monday afternoon, which led to evacuations of nearby homes and hiking trails. The fire also threatened the Davis County Animal Shelter, but an evacuation wasn’t necessary.

About 55 firefighters and one helicopter are still on-site.

“As the suppression effort continues in the coming days, smoke coming from the inside of the fire area is expected. These interior pockets of fuel don’t present a threat for spread and are a normal part of wildfire,” a news release from the USFS said.

On Wednesday, a Burned Area Emergency Response team assessed the fire to determine the threat of erosion or runoff. City, county and U.S. Natural Resource Conservation Service officials are working with the BAER team to strategize and prepare for the threat.