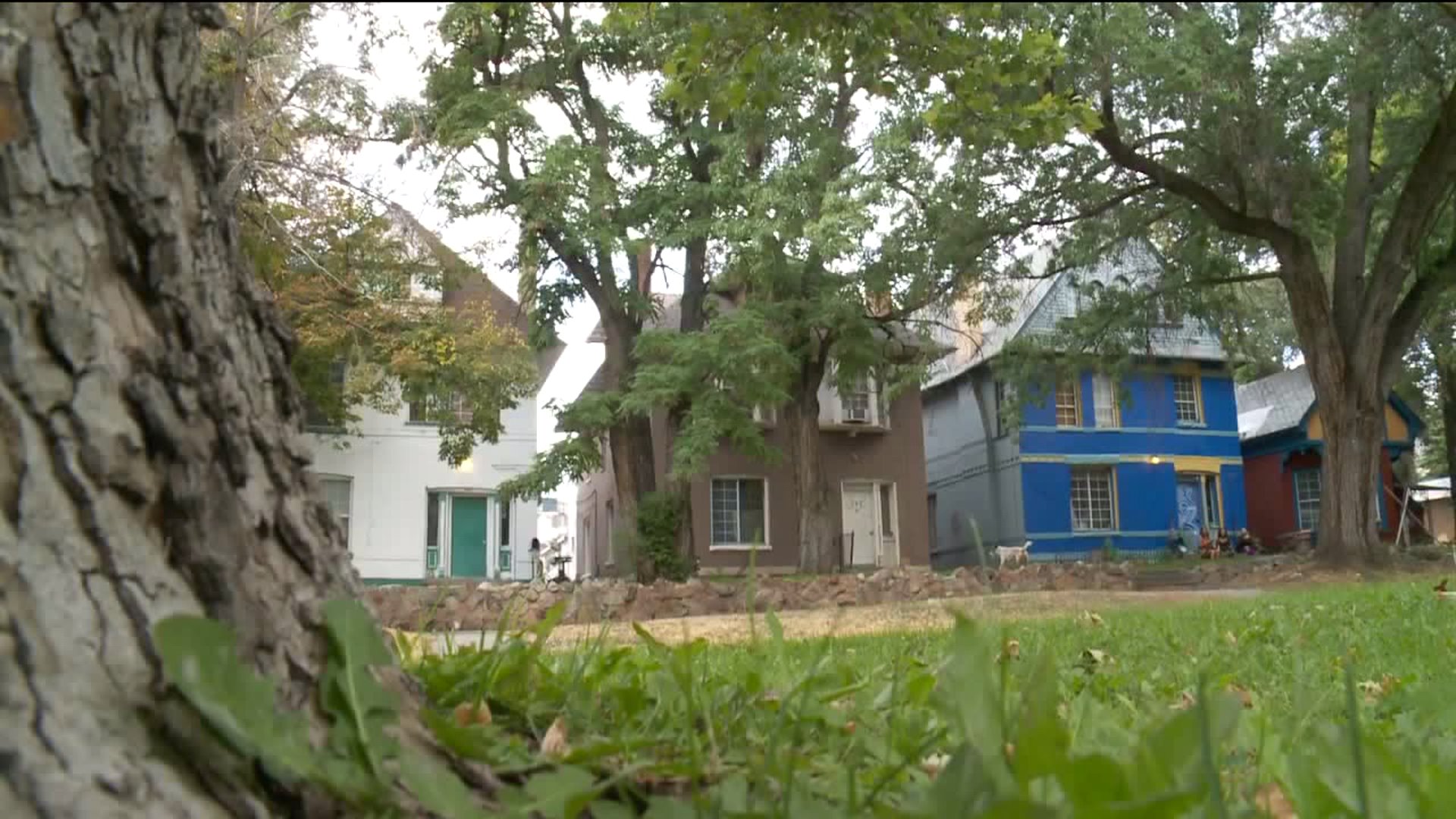 Residents of a Salt Lake City neighborhood love their century-old homes, but the property owner might replace the "eclectic" houses with modern townhomes. 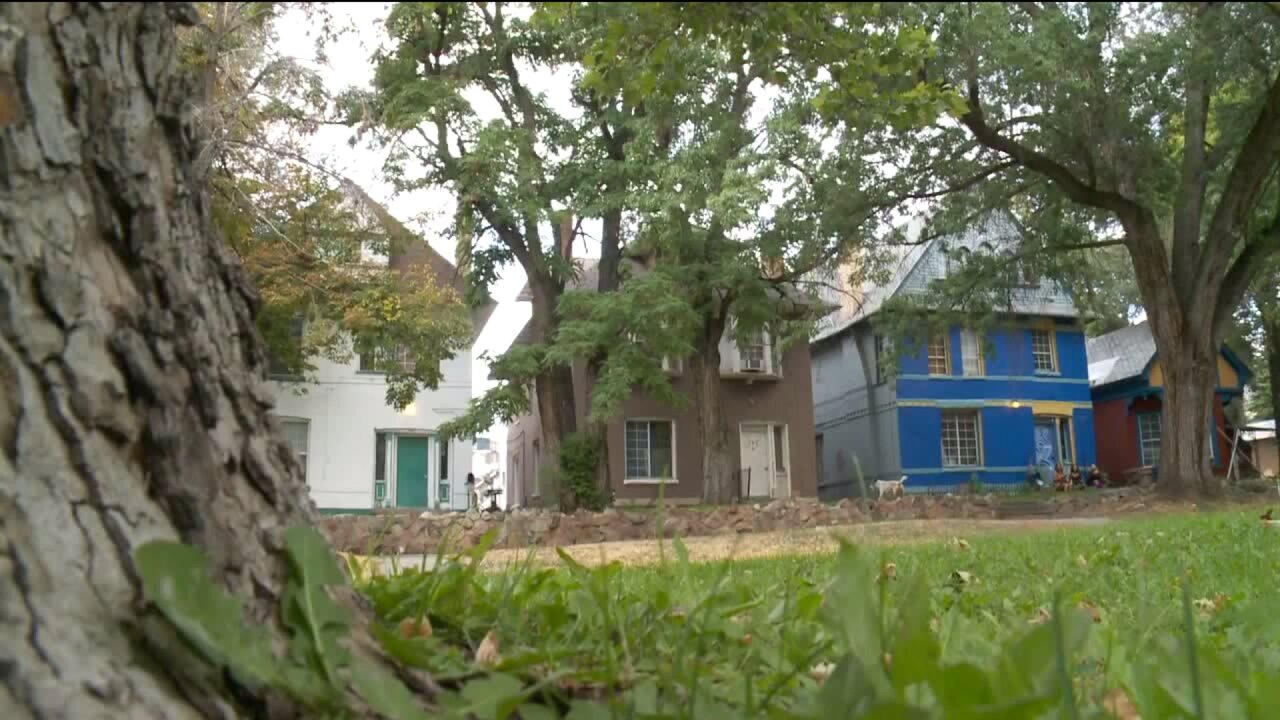 SALT LAKE CITY — People living in a Salt Lake City neighborhood voiced concerns Thursday evening over plans to re-zone a handful of lots, in order to tear down century-old homes and replace them with higher-density townhouses.

While neighbors said they are worried how re-zoning the land could change the neighborhood, the property owners explained they feel the new plans will revitalize the area.

Monica Hilding's been living in her Victorian home on Lincoln Street near 200 South for nearly 30 years.

"It's a very eclectic neighborhood," she said.

People sat outside playing the guitar Thursday afternoon. Others walked down the sidewalk with their dogs.

Hilding explained that she loves the diversity and character of the area. Large trees line the street, in front of colorful homes. That's also what draws Erica Maynard to live there.

"It's beautiful here," she said. "The trees, the scenery, the greenery."

Many of the homes were built in the early 1900s. While some are fixed up, others are falling into disrepair.

Still, neighbors say the houses have a certain feeling.

"They can be very charming, and they have so much personality," Hilding said.

"It's enriching," Maynard said. "You can feel the history when you walk around the neighborhood."

They worry that history and character could dramatically change.

"Sixteen units is what they want to put in there," Hilding explained, gesturing to the lot next door to her home.

One family owns five lots that make up a large square on the corner of Lincoln and 200 South. Chiao-ih Hui said her parents and uncles bought the properties around 30 years ago.

At the time, she said the houses were uninhabitable. Her family worked on fixing them up, to rent out.

However over the last decade, she described how her parents' health declined and the homes weren't kept up.

She explained that they more recently looked at rehabbing the homes, but were told it isn't possible because of the age and condition of the houses.

"The engineering report has indicated that they would not withstand any major reconstruction," She said. "Knowing that, the next path we looked into was-- What can we do that is new, that would revitalize the neighborhood and bring in more families?"

That's how she and her husband came up with the plan to transform the lots into town homes.

Hui explained that the five current homes house nine rental units, and that 16 town homes doesn't increase the density by much.

The couple said they chose a design that they hoped neighbors would like.

"Yes, we want to maintain the look and the character and the feel of the neighborhood," Hui said. "But, we want to have today's amenities with it."

She said the town homes would feature bike racks and charging outlets for electric cars.

Hui and her husband said they envision families, particularly young families, moving into the townhouses.

"There is a need for more housing," she said, of housing issues expressed by Salt Lake City leaders in recent years.

Some people who attended Thursday's meeting spoke up in support of Hui, and the proposal.

But others like Hilding and Maynard, don't want to increase the density or lose the existing homes.

Maynard lives in one of the houses owned by the Hui family. She was concerned with replacing the 100-year old buildings and large trees with a "concrete jungle."

"There's just no Mother Nature left," she said. "And, that's the disappointing part of it all."

Hilding explained her worries include potential issues like an increase in cars and problems with parking or garbage.

She also didn't like the idea of up to 35-foot tall "blocks of houses" being built right next to her home.

Hilding said some people view the five homes as an eyesore that should be tore down. But that's not how she sees them.

She explained that if those homes disappear, so does the history of the city.

"The uniqueness is lost," she said.

Thursday's meeting was a presentation of the re-zoning request and townhouse plan to the East Central Community Council.

The re-zoning request will now go to the Salt Lake City Planning Commission, which is planning to host an open house to give the public a chance to look at the proposal.