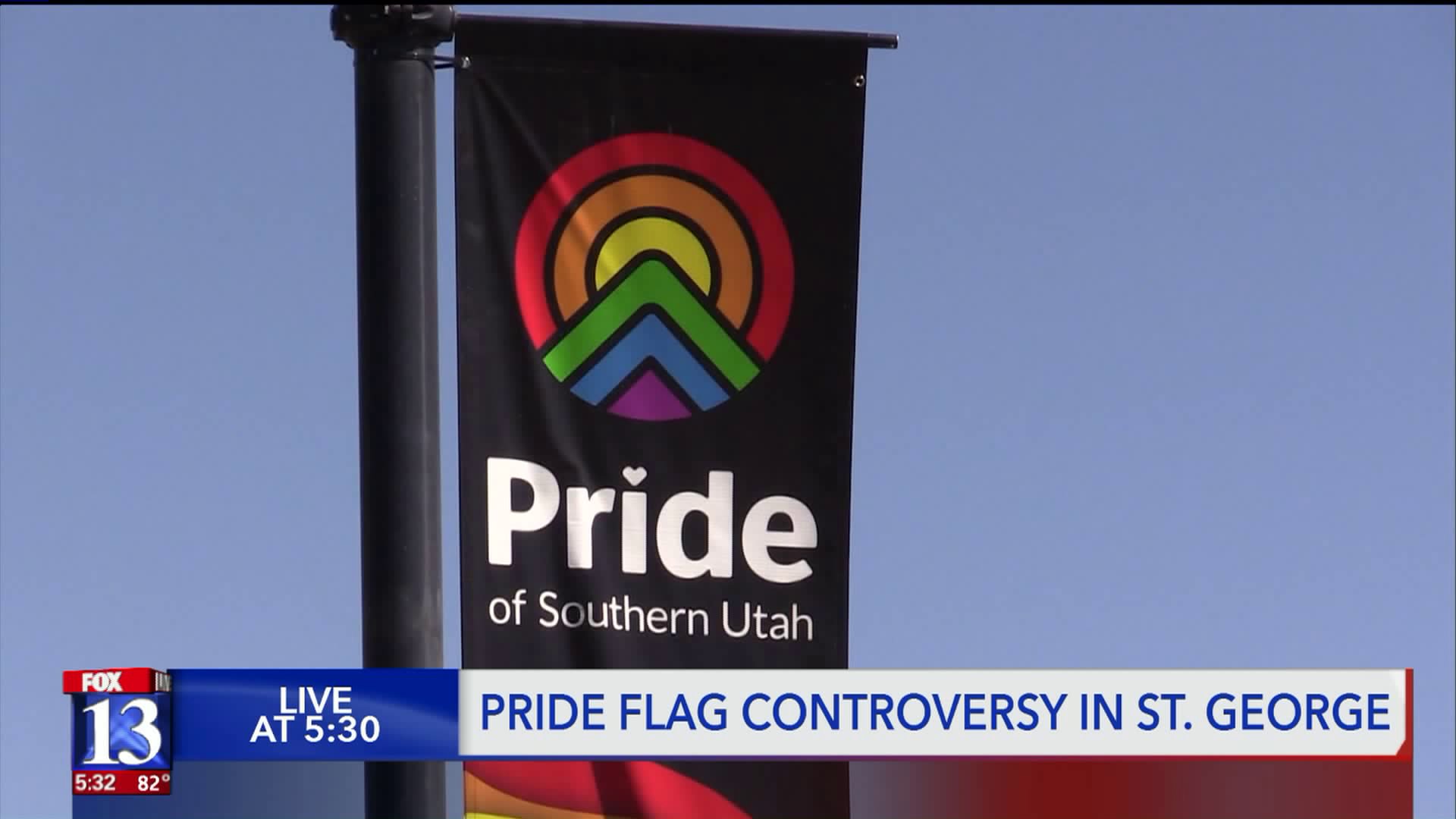 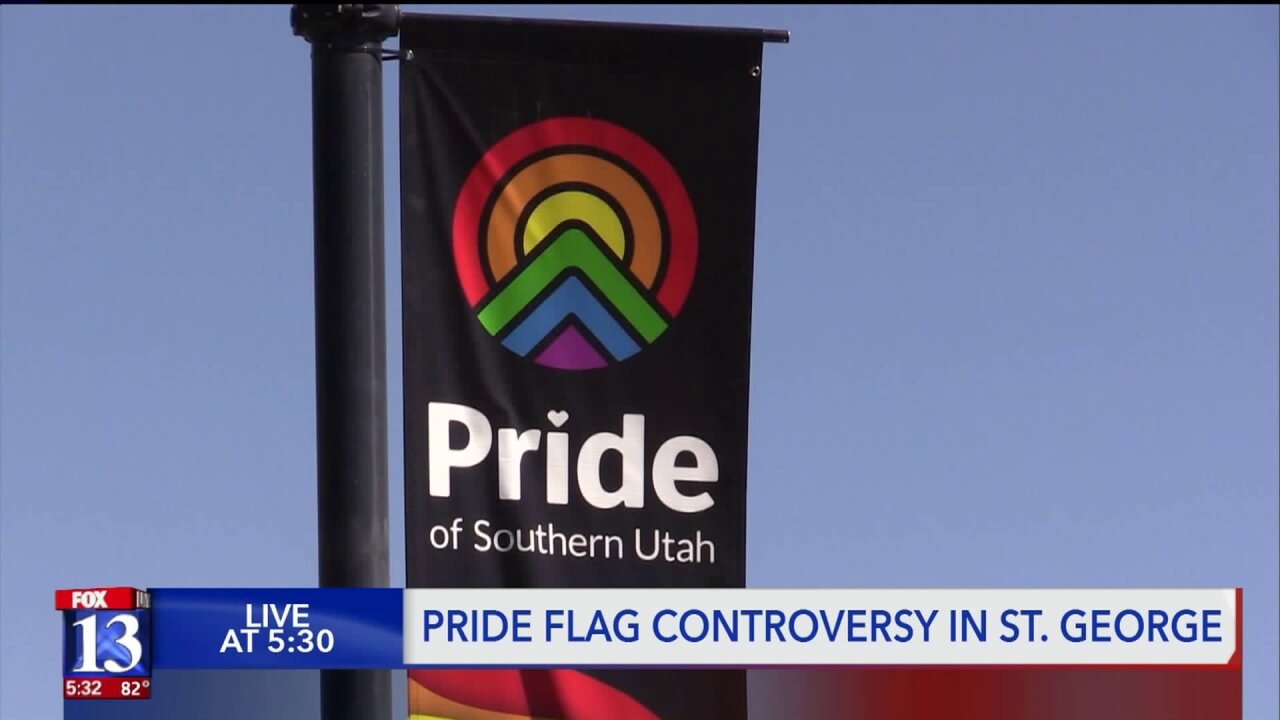 The controversial flags went up last week to promote Pride Week. Instead of bringing people together, city leaders say they’ve divided the community.

The non-profit paid for and installed the banners to show the LGBTQ community they’re not alone.

“St. George is a safe place for you. You are not going to be harmed and there is support,” Stay said.

“My phone has been blowing up with the text, the phone calls and the emails,” Randall said.

City leaders got an ear full of disapproval, especially online. In a thread posted on the mayor of St. George’s Facebook page, users wrote: “Keep this trash out of our city” and “I think NO ONE needs to celebrate their sexuality or push it in a public manner.”

People in support of the LGBT community have also been outspoken on social media forums.

The community discourse has Councilwoman Randall wanting to change the city’s banner policy to prevent political flags. Not because she’s against LGBTQ equality, she says, but to prevent further division.

“I was afraid that was going to happen when they put up these banners and they make me really sad. That’s where I’m coming from solely,” Randall said.

Pride of Southern Utah organizers believe the discussion about inclusivity, however heated, is good for the community.

“It’s lifesaving. It’s the silence that kills. It really is,” Stay said.

St. George Mayor Jon Pike said he supports anything the community does to love and accept people. He said the banners create a good opportunity to talk about the sensitive issue, however, he adds revisiting the banner policy is worth looking into.