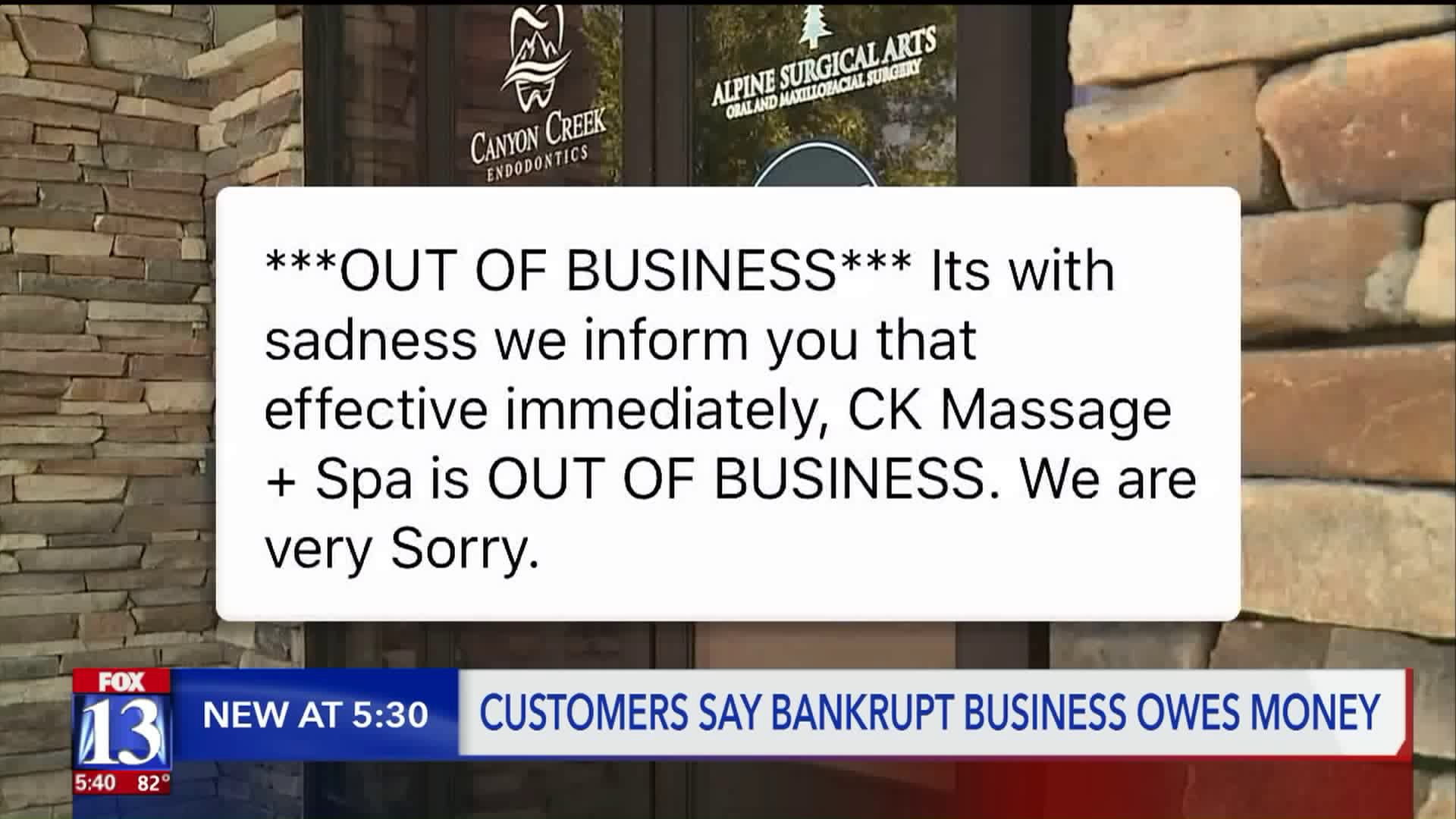 A massage salon gone bankrupt has left it`s customers and employees upset some saying the company owes them hundreds of dollars. 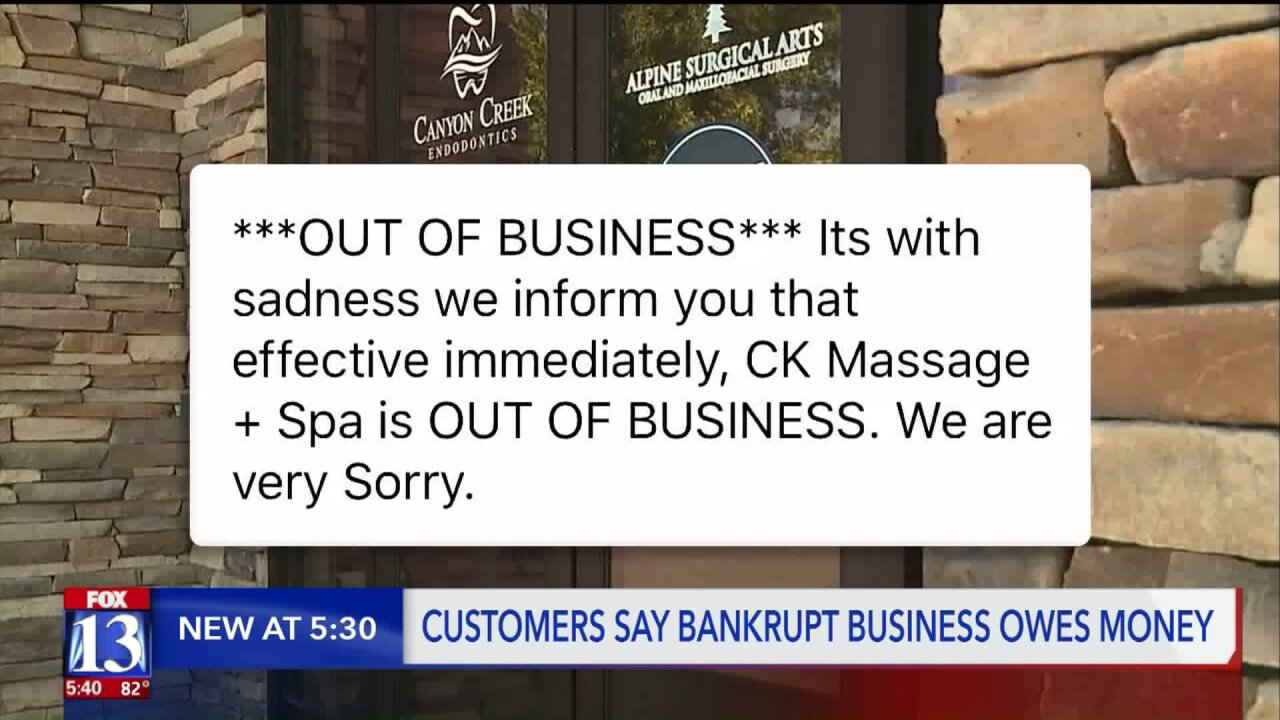 LEHI, Utah — A massage salon gone bankrupt has left it’s customers and employees upset — some saying the company owes them hundreds of dollars.

Rosie Skinner has purchased what she calls “cheap massages” through CK Massage and Spa for five years.

“It was a great deal and of course you want to buy it as a consumer because you want that deal,” said Skinner.

What Skinner didn’t expect, was learning CK Massage and Spa filed for bankruptcy

“It was a steady business,” said Skinner. “They treated you right and then suddenly they were gone.”

Skinner had ordered three message appointments that have yet to be refunded — she’s not the only one losing money from this either.

Notes clutter the store’s front door, some writing they lost hundreds of dollars because of prepaid services.

Emily Tolman, a who worked with CK Massage and Spa three years ago, said she was shocked to see the text message sent out by the company saying they were out of \business.

“I was kind of shocked more because they had stayed open for so long,” said Tolman.

Working at the salon was not a good experience for Tolman, she left after a month.

Learning customers lost money, Tolman said she expected nothing less, especially after how she was treated.

Fox 13 reached out to the company for comment and did not hear back.

If CK Massage and Spa doesn’t refund their customers, Britta Clark, a spokesperson with Better Business Bureau said some banks will help dispute the charges.

“Sometimes you can go to the third party sellers that you bought it from, like Groupon, and they’ll help you whenever they can,” said Clark.