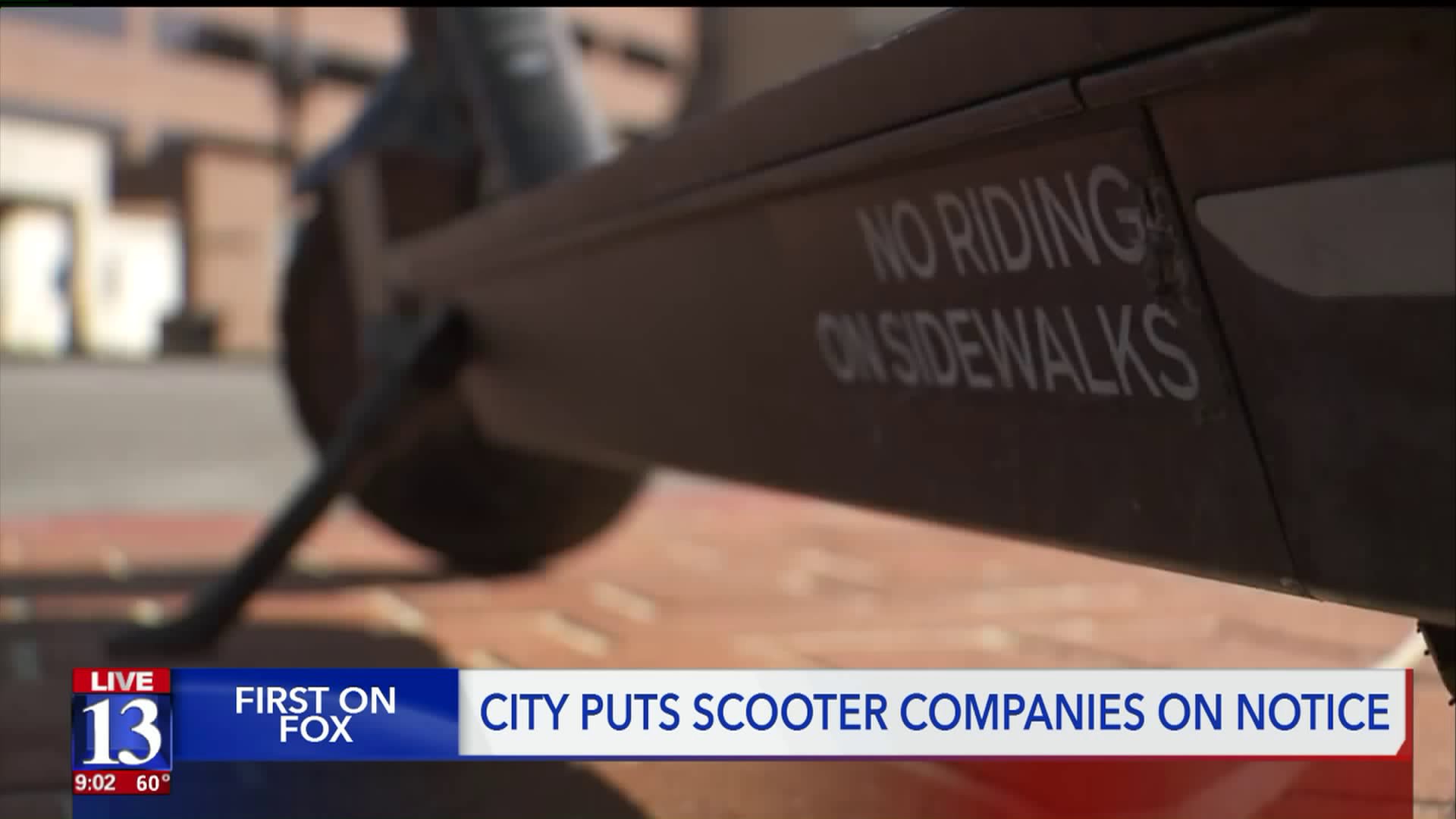 Scooter companies are on notice after city officials say they have been flooded with safety complaints about the transportation devices. 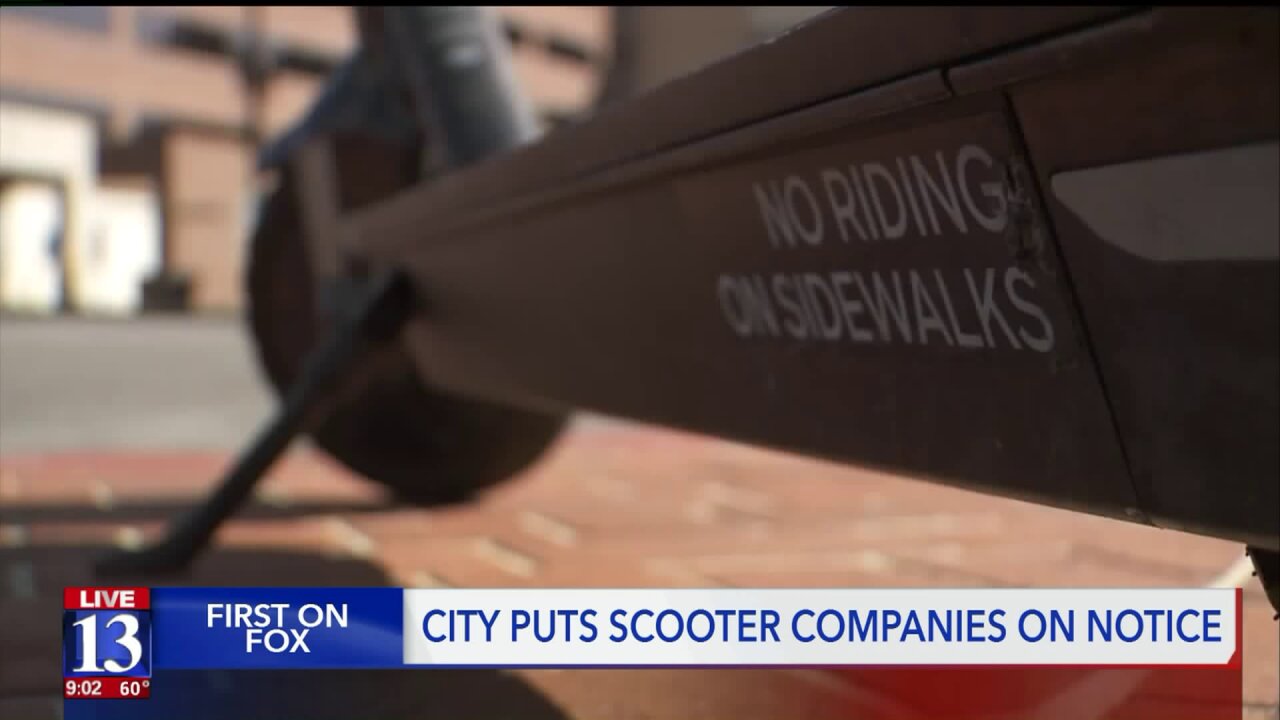 SALT LAKE CITY — Electric scooter companies are on notice after city officials say they have been flooded with safety complaints about the transportation devices.

John Larsen, Salt Lake City’s Transportation Manager, sent a letter to scooter companies warning them of changes that could soon be on the way.

“I had two ladies who retired and moved to downtown, and they told me they regret that decision because they no longer feel safe walking downtown,” Larsen said. “It’s a scary experience to be buzzed by someone going by at 15 miles per hour.”

Larsen says scooters are not allowed to be ridden on sidewalks downtown, but the rule is rarely followed. That is just one of the complaints he has heard.

The city hopes to limit the number of scooter companies that operate downtown to one or two. A bidding process will allow vendors to make their pitches to the city on how they plan to improve safety find solutions to other concerns.

“By having fewer vendors, we feel like it would run more like a partnership,” Larsen said. “If it's wide open, it kind of becomes a race to the bottom.”

Both Spin and Lime say they are adding stickers to their scooters warning riders that they are not allowed on downtown sidewalks. Razor and Bird say their apps now send safety alerts.

The city plans to draft a proposed ordinance and send it to the city council in the coming weeks.

Another potential change could force companies to use technology that would prevent scooters from working in the busiest downtown areas like Temple Square and City Creek.