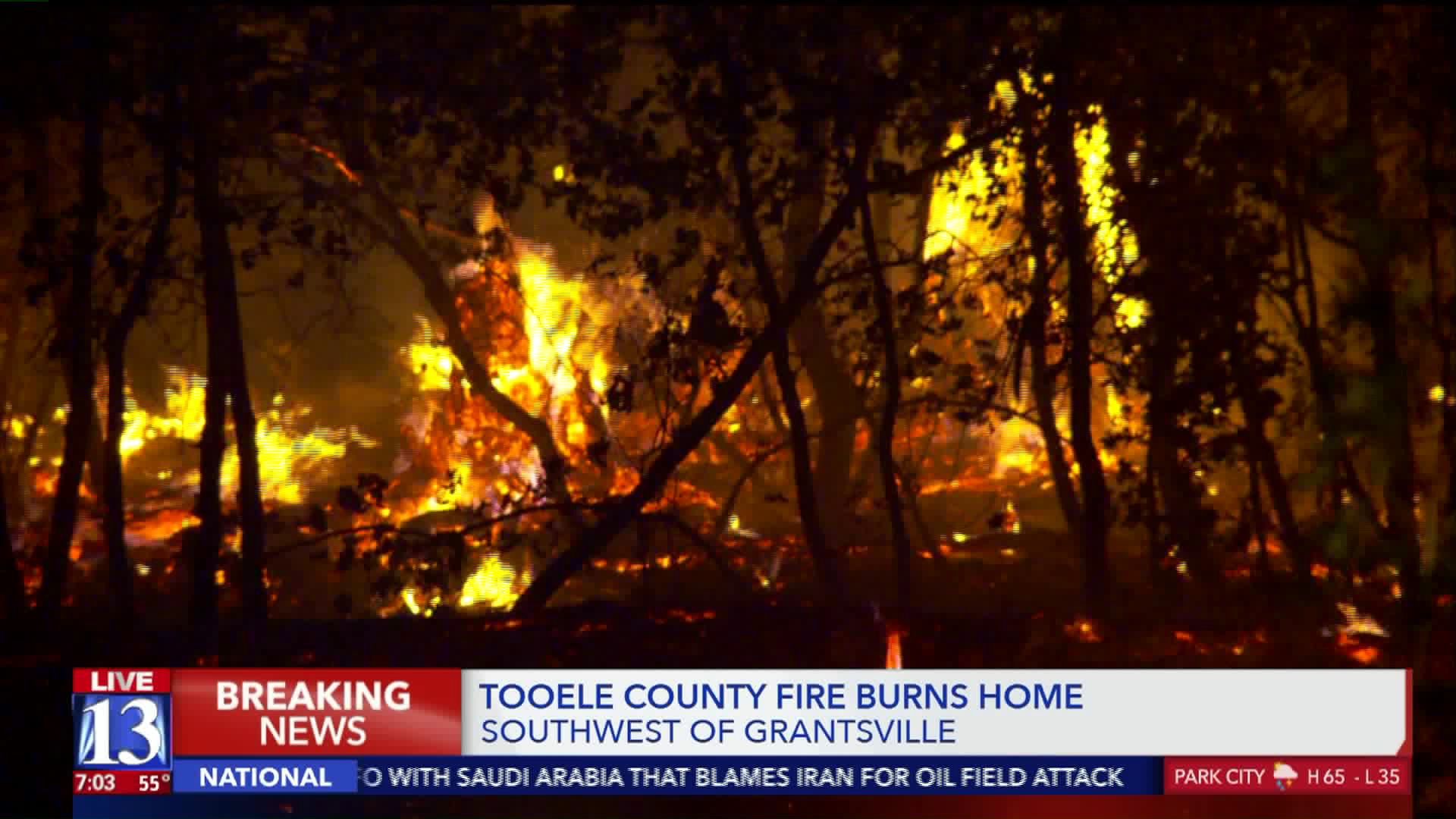 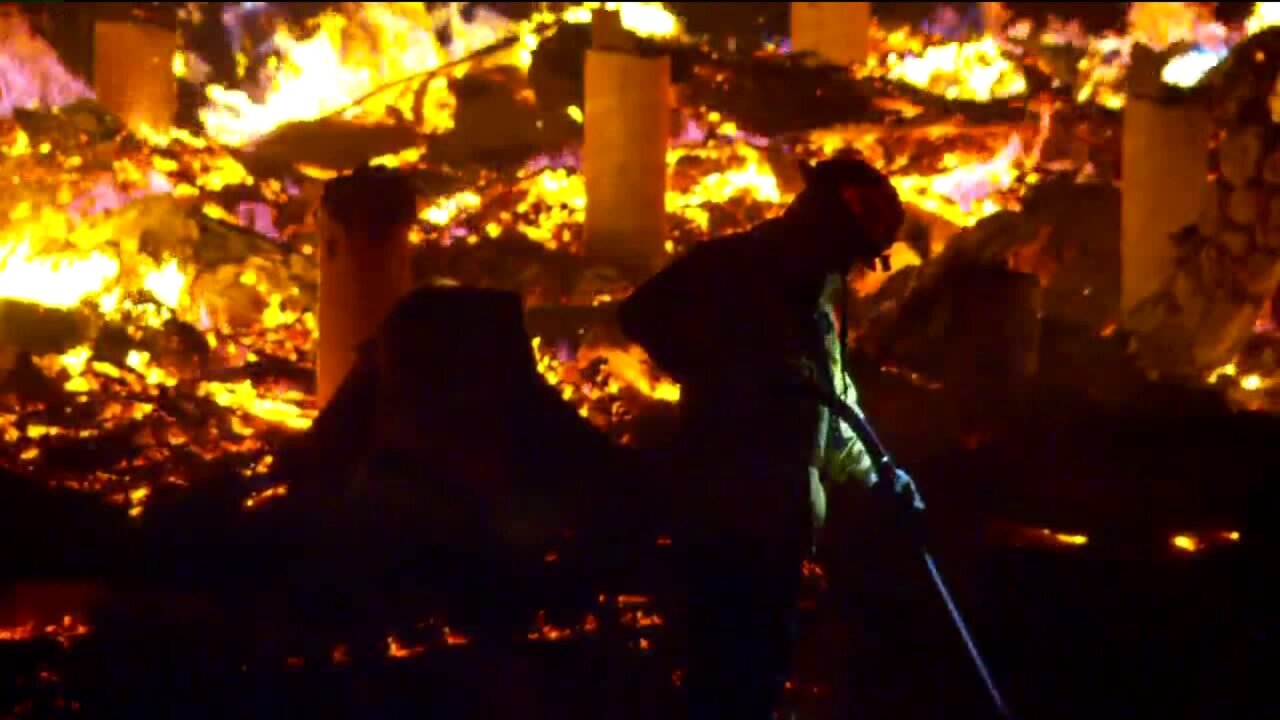 TOOELE, Utah -- Crews are putting out a fire in Tooele County Tuesday morning after it destroyed a cabin.

Randy Willden of North Tooele Fire District said they were called about a fire burning in Willow Canyon, southwest of Grantsville, around 2 a.m.

Crews arrived to find the cabin engulfed in flames. No one was inside when the fire broke out.

"A couple of people thought they saw a fire in the canyon," Willden said. "When the first unit arrived... he found the home behind me completely involved and burned right down to the foundation and the pylon."

Firefighters sent an emergency notification to those living nearby and also went door-to-door to alert residents in the canyon. Willden said while the owner of this structure had gone home for the weekend, there are residents who live in the canyon year-round.

"We had enough canyon wind tonight, it started to run up the canyon a couple hundred feet," Willden said. "We also have another tree a little further up the canyon that started."

The official cause is under investigation, but there was lightning in the area around the time the fire started. Fox 13 News will update this story as more details emerge.