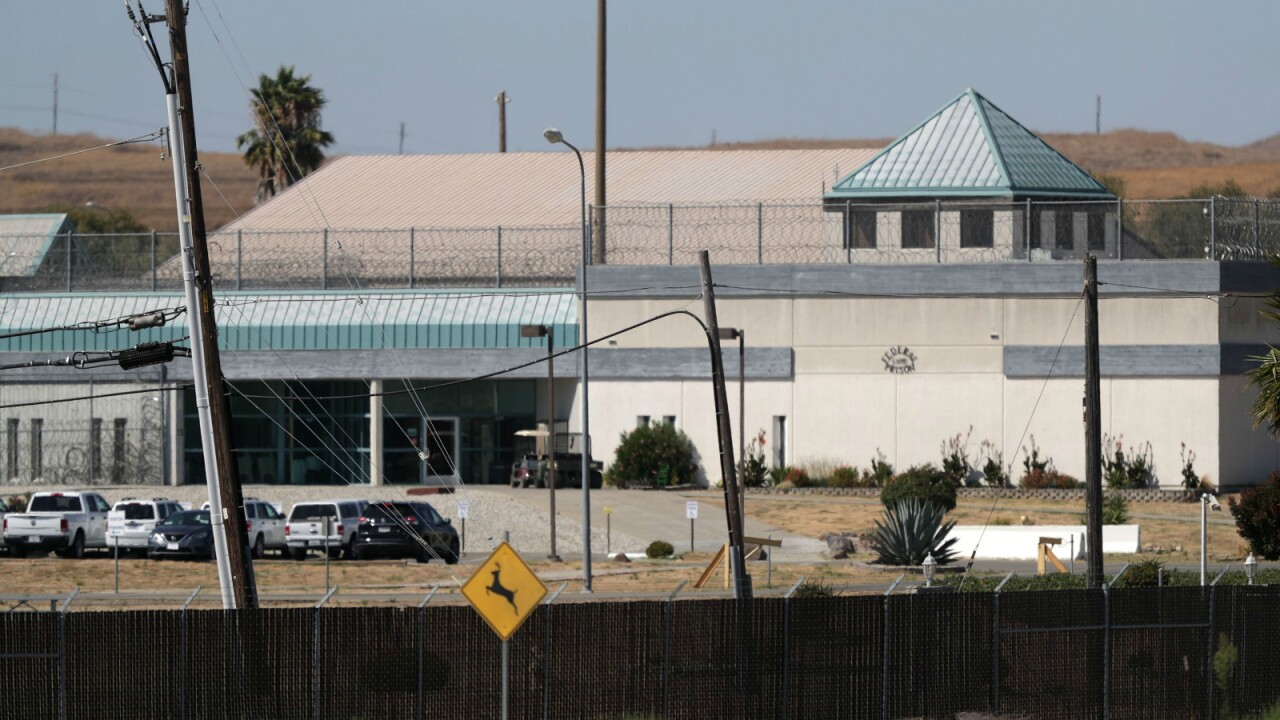 Now that Felicity Huffman has been sentenced to 14 days in prison for her role in a massive college admissions scam, attention has turned to where she’ll spend her time behind bars.

The Bureau of Prisons (BOP) has the final authority to decide where Huffman will serve time when she reports to the bureau on Oct. 25.

As an inmate at Federal Correctional Institution Dublin, the “Desperate Housewives” actress would have to don khaki clothing with her name and inmate number. She’d have to make her bed by 6:30 a.m. — except on weekends and holidays, when inmates can sleep in and have their bed made by 10 a.m. — according to an inmate orientation handbook posted on the prison website.

But there are some comforts. For example, inmates at FCI Dublin can sunbathe on the weekends, but they have to wear a shirt and shorts, the handbook says.

Inmates can watch the lobby television until 8:45 p.m. during the week, or until 11:45 p.m. on the weekends. Each month they are allowed to spend up to $320 at the commissary.

Huffman, who was accused of spending $15,000 to have the scam’s mastermind boost her daughter’s SAT scores, was the first of more than 30 parents charged in the scam to be sentenced. She had pleaded guilty to conspiracy to commit mail fraud and honest services mail fraud.

As part of her sentence, Huffman will also have to serve one year of probation, pay a $30,000 fine and perform 250 hours of community service. It’s not immediately known how she will perform her community service.

FCI Dublin previously housed Sara Jane Moore, who attempted to assassinate President Gerald Ford in 1975, and Autumn Jackson, who was convicted of trying to extort Bill Cosby for $40 million. Jackson’s conviction was later overturned, 14 months into a 26-month sentence.

The BOP takes a number of factors into consideration when assigning an inmate to a facility, it said in a statement.

“These factors include the level of security and supervision the inmate requires, medical and programming needs, and other considerations including proximity to an individual’s release residence or court hearings,” the agency said.

More than 50 people — parents, coaches, test administrator and conspirators — were charged in the scandal, in which prosecutors said mastermind William “Rick” Singer either facilitated cheating on standardized tests or bribed college coaches to give students an advantage in the admissions process.

Of those charged, more than 30 are parents accused of conspiring with Singer. More than a dozen of them have pleaded guilty to conspiracy to commit fraud, like Huffman.

Huffman, along with the actress Lori Loughlin, was among the most high-profile parents swept up in the scandal, dubbed “Varsity Blues.”

On Friday, with about a dozen loved ones in court to show their support, Huffman apologized to the judge, her daughters and husband, actor William H. Macy.

Prosecutors had suggested Huffman spend one month in prison and pay a $20,000 fine.

Assistant US Attorney Eric Rosen cited a letter Huffman submitted to the judge last week, in which Huffman said she participated in the scheme in an effort to give her daughter “a fair shot.”

“With all due respect to the defendant,” Rosen said, “welcome to parenthood.”

“Most parents have the moral compass and integrity not to step over the line,” he said. “The defendant did not.”

In a written statement released to the media, Huffman also apologized to “the students who work hard every day to get into college, and to their parents who make tremendous sacrifices supporting their children.”

“There are no excuses or justifications for my actions,” she said. “Period.”