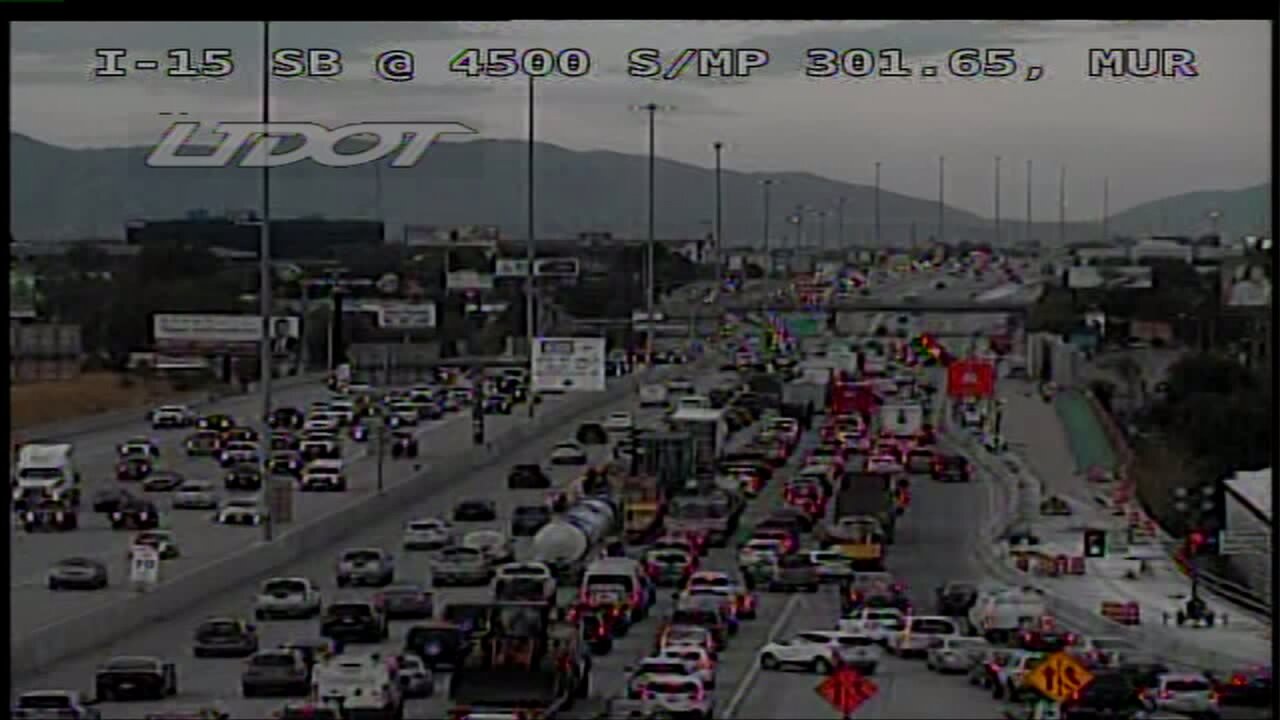 UPDATE: Traffic cameras in the area show the debris has been cleared and traffic is flowing in the area again.

MURRAY, Utah — Three lanes of southbound I-15 are closed at 4500 South in Murray due to spilled fertilizer.

Trooper Hull with the Utah Highway Patrol said someone lost a load of fertilizer on the interstate, prompting a closure of three lanes.

Those lane closures should persist until at least 8:30 a.m., as sweepers will be needed to clear the debris.

There were no crashes or injuries reported in connection with the incident.