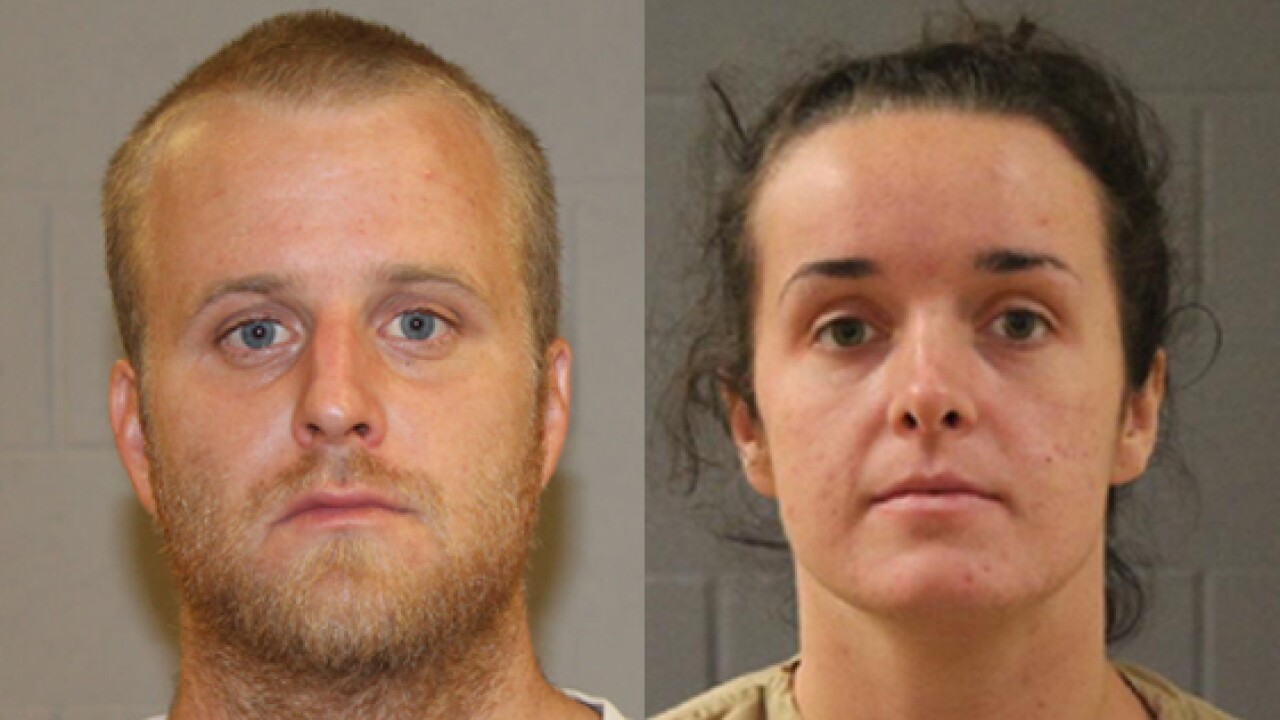 DIAMOND VALLEY, Utah — A woman was arrested and a man is on the run after a vehicle evaded police Saturday.

They have been identified as Bailey Boshay Gillies, 22, and Adam Brett Wallin, 35. According to a press release from Washington County Sheriff’s Office, Gillies and Wallin are “wanted in connection to an active criminal investigation and no bail warrants originating from the Fifth District Court in St. George.”

According to a probable cause statement obtained by Fox 13, a deputy initiated a traffic stop and waited for back-up before approaching the vehicle. When back-up officers arrived Gillies sped off, heading south on State Road 18.

Deputies pursued the vehicle and were able to deploy spikes, which flattened two of the tires, according to the press release. The suspects continued southbound at speeds up to 70 miles per hour. The probable cause statement says Gillies and Wallin were throwing items from the car as they drove.

The car lost control at the Diamond Valley turn off and drove off the east side of the road. Wallin then left the vehicle and fled on foot.

According to the probable cause statement, Gillies was ordered out of the vehicle and before she was put in handcuffs the car caught fire. An officer moved her away from the car and handcuffed her.

Officers were able to locate a black box thrown from the vehicle, which contained used syringes that tested positive for heroin.

Gillies was arrested and booked in jail for failure to stop or respond, possession of a controlled substance and use or possession of drug paraphernalia. She also had three outstanding warrants, according to the probable cause statement.

Deputies are currently searching for Wallin with the help of K-9 units, local police departments and a Utah Highway Patrol helicopter.

As a precaution, a reverse 911 call was sent to Diamond Valley residents alerting them of the ongoing search for Wallin.

Fox 13 News will update this story as new details emerge.