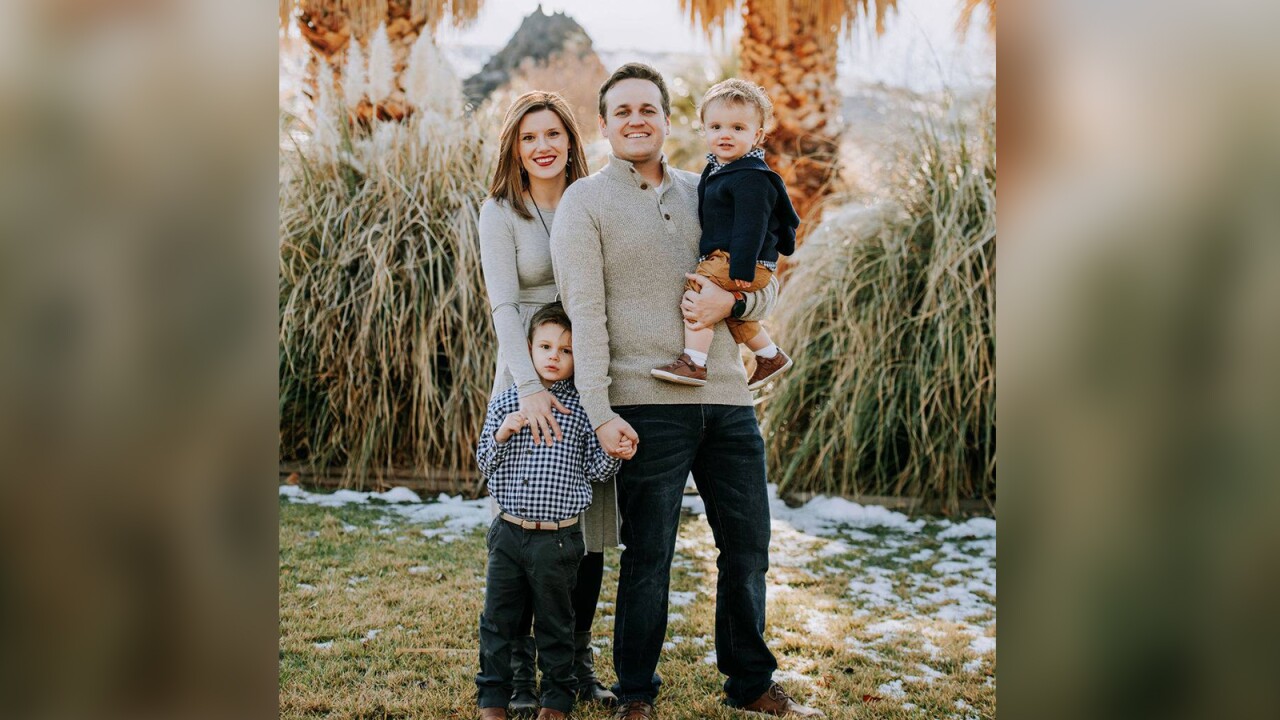 ST. GEORGE - Taylor Cox and her husband Marshall got the fright of their lives when their 4-year-old son Desmond went missing.

The good news is that the police were able to find him. Now Taylor is recommending some free tech that helps keep kids and adults safe.

Project Lifesaver is a radio frequency tracker and Taylor says she wishes she'd known about it sooner. Now she's trying to tell as many people about it as possible.

Taylor and her husband Marshall will likely never forget the moment one of their two sons, who have autism, went missing.

Taylor says she and her husband were unloading groceries from their car and getting their two sons Desmond and Calvin inside last month when all of a sudden, something seemed off.

“Des is very loud, he’s very sweet and kind, but he’s very vocal, and immediately we both knew he wasn’t in the house,” said Cox.

Taylor and Marshall say they did a sweep of their St. George home and still couldn't find Desmond.

“Des was here one second and then he was gone. I wish that was an exaggeration but really within 15 seconds he snuck past me, he snuck past my husband and just was gone,” said Cox.

“Within the first couple of minutes of talking to the dispatcher, she said, 'is he on project lifesaver?' and I was like, 'lady I have no idea what you’re talking about,'” said Cox.

Officers got to work on tracking down Desmond and about 40 minutes later he was spotted by his grandmother not too far from home.

"Somehow he’d scaled this 6-foot wall and was trying to get into the other side of where some businesses were," said Cox.

Taylor says her mom grabbed Desmond just as he was about to jump off the wall and a police officer grabbed onto her by her back pockets, stopping them both from falling off the wall.

As soon as they got Desmond back home, police asked Taylor and Marshall if they'd like to sign up their sons for Project Lifesaver.

It's a non-profit organization that offers a free radio frequency tracker.

Several police departments and sheriff's offices in Utah are part of this and it's available through other law enforcement agencies across the country and around the world.

The agencies that are part of it in Utah include:

“Now that we have these trackers on them, if something was to happen, we would just immediately call 911 tell the dispatcher that they are on project lifesaver, give them their full name, their birth date, they ping the tracker and then they send somebody to go pick them up,” says Cox.

St. George Police tells Fox 13 News that an officer stops by the homes of those involved in the program once a month to change the batteries on the tracker, even though the batteries can last up to 60 days.

The trackers are usually recommended for kids with autism and adults with Alzheimer's and Dementia.

“I think for any mother or anybody who has a child that has special needs or say your dad has Alzheimer’s and he’s wandering, it's the same thing. Somebody like that would also be able to take advantage of this amazing program, and it’s free,” says Cox.

Taylor hopes she can use her experience to convince other people to sign up.

“We’re just so grateful that we’re one of the lucky ones because it could’ve been a lot worse,” says Cox.

For more information on Project Lifesaver, go to https://projectlifesaver.org/