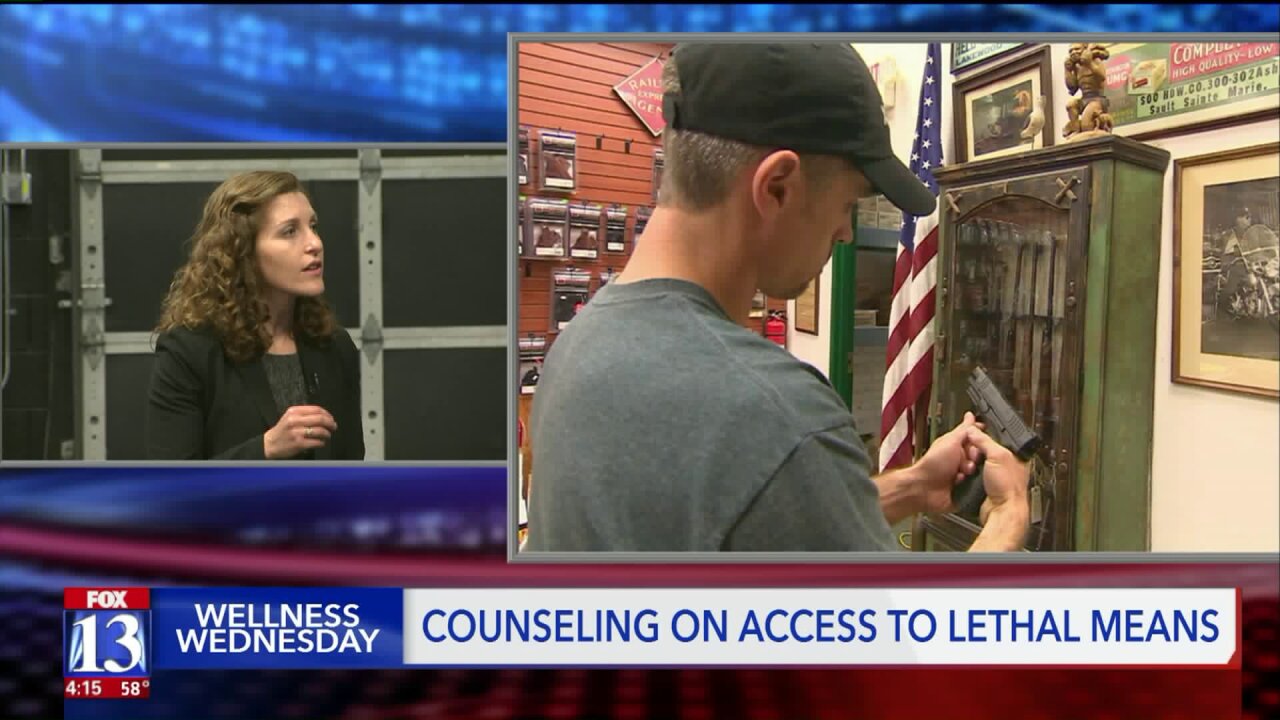 SALT LAKE CITY - Suicide is a topic that affects many of us, and it can be overwhelming to know what to do. For the 50-70% of Utahns who own firearms, it turns out there is a simple thing that can be done to dramatically reduce risk: storing firearms away from at-risk person because guns are fast and fatal.

Nearly 85% of suicide attempts with a firearm are fatal, compared with 2% or lower for the two most widely used methods of attempt. Research shows that people who attempt suicide with a firearm are not necessarily “more intent to die.” Rather, they have access to a deadly, quick, and irreversible method. Since the period of high-risk is often so brief, any steps to increase the time and distance between a suicidal impulse and a gun will reduce suicide risk.

It's also important to note that many suicide attempts occur with little planning during a short-term crisis. The time period from when people decide to take their lives and then actually make an attempt is often extremely brief – for half of people, less than 10 mins; for 75%, less than one hour. A large number of people who die by suicide by a firearm are doing so in the midst of crisis. A divorce. A job loss. An arrest. A bad grade. Half of these people don’t have a diagnosable mental illness. Rather, they are going through a very difficult time.

The good news is that over 90% of people who attempt suicide and survive do not go on to take their lives. A life saved in the short-term is usually a life a saved for good.

Intermountain Healthcare has teamed with suicide prevention stakeholders across Utah to provide a free training course to help clinicians engage in life-saving conversations with at-risk patients about suicide.

The course – Counseling on Access to Lethal Means (CALM-Utah) – provides skills and tools for clinicians to identify high-risk individuals, ask about their access to firearms and other fatal means of self-harm, and help individuals and families increase safety in a supportive and engaging manner.

If you or a loved one need immediate help, please contact the National Suicide Prevention Lifeline at 1-800-273-TALK.