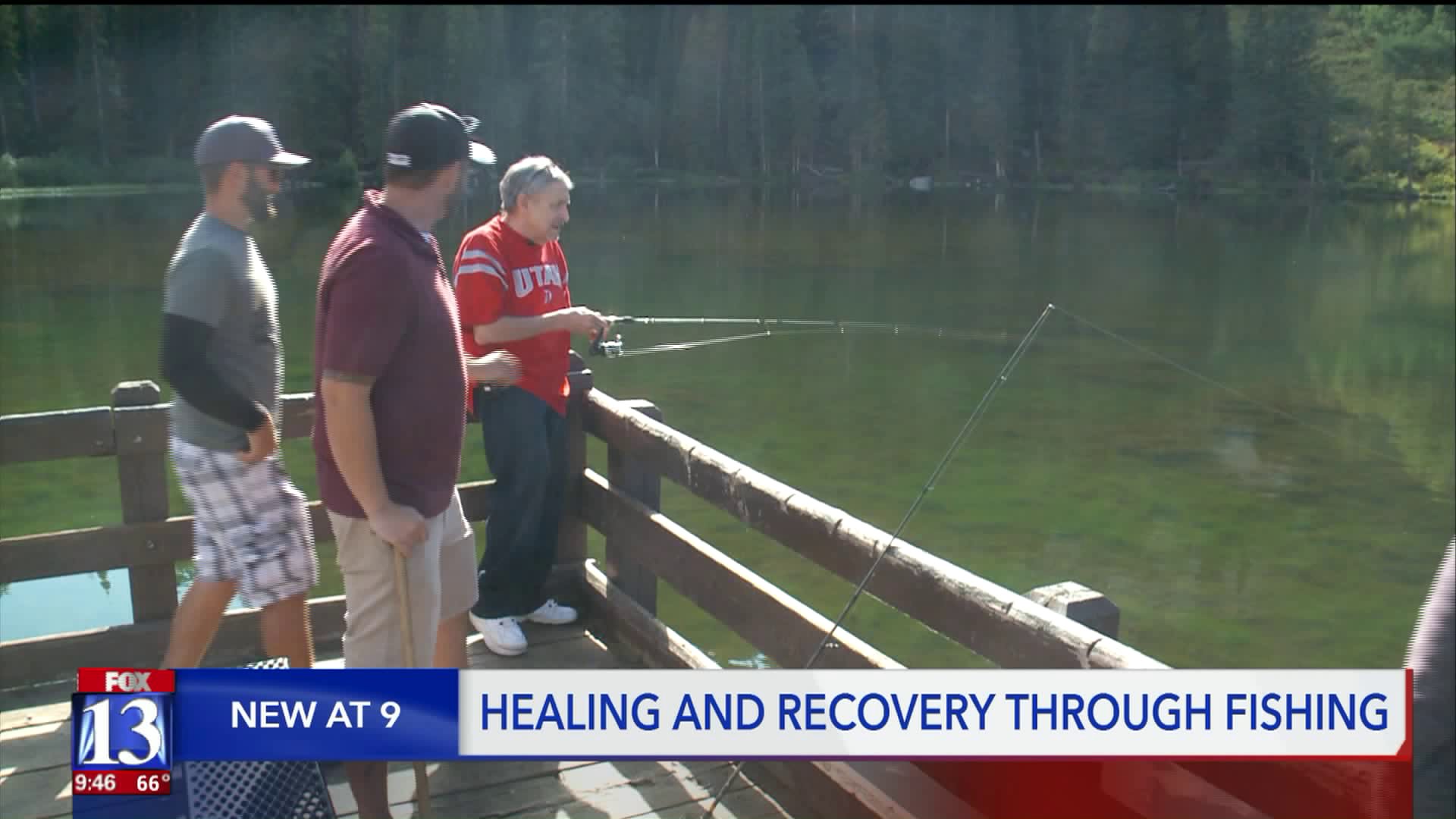 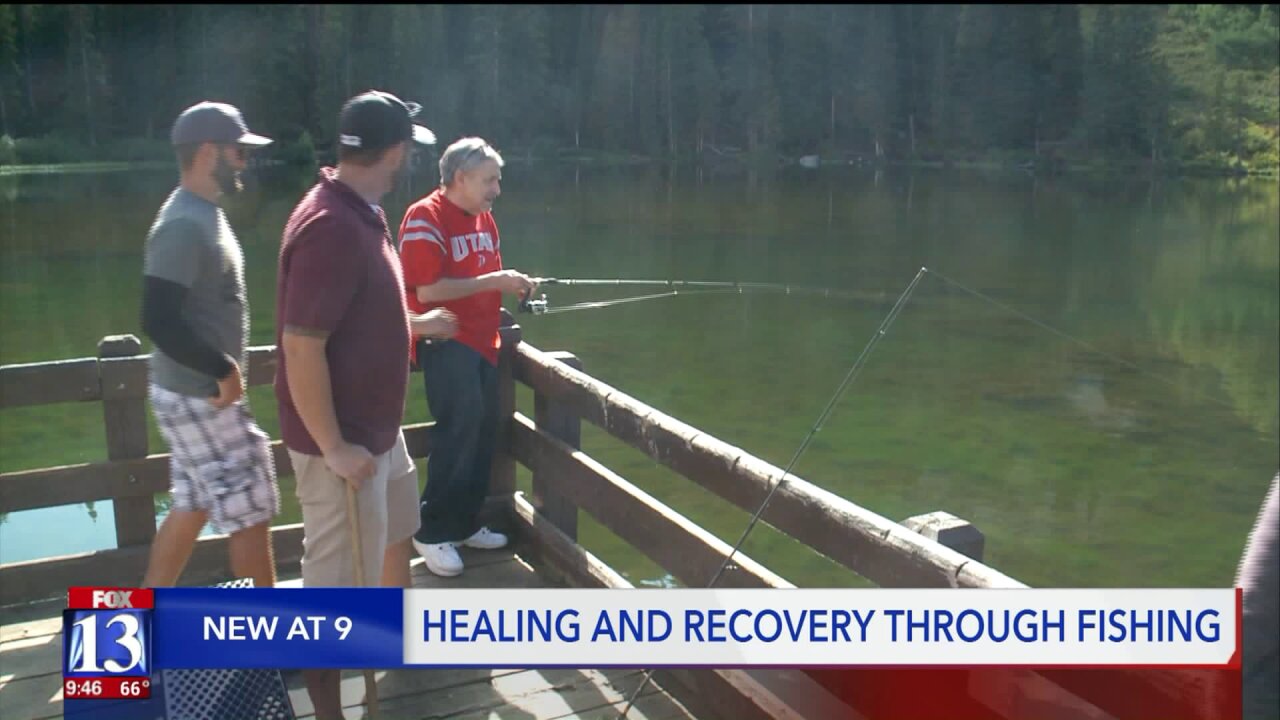 BRIGHTON, Utah – Escaping the ‘concrete jungle’ and stepping into nature, one small Utah organization is helping the homeless and recovering addicts get their lives back on the line through fishing.

With fishing rods in tow and a tackle-box full of bait, a group of five guys made their way to the water at Silver Lake Thursday afternoon.

“So, who’s catching the first fish?” one joked.

“There’s definitely fish out there!” another exclaimed as they scoped out a stream leading into the lake.

They found a wheelchair accessible fishing dock and set up shop.

“It’s just beautiful up here,” said Kim Hansen as he glanced back at his line in the water. “If it just ended right now, I’d be tickled.”

For Hansen, fishing is where he feels most at home -- but after an accident put him on hard times and left him homeless, fishing was no longer possible.

“Just a lot of broken bones and some other problems," Hansen said, his wheelchair sitting off to the side. "I’m a recovering alcoholic, trying to be, and I’ve just been through a lot in the last seven years."

Thursday was the first time in those seven years that Hansen was able to feel the rush of fishing, a feeling he used to love so much.

“If it’s something you’ve done your entire life and really enjoyed it and suddenly it’s taken away from you, it leaves a gap that you can’t fill with anything else,” Hansen said.

Returning to the water had become an unobtainable dream, until a miracle put his life back on the line.

“Magic happens, they completely change,” said Jessie Campbell, founder of Life on the Line, a small Utah-based organization that works to help those who are homeless, as well as recovering addicts, find healing through fishing.

“When you get into a place where you take yourself from bad situations, the concrete jungle, the business, the chaos, and you put yourself in a place of healing towards nature where you get away from all of that stuff -- I believe that your mind really has a powerful thing and it can work through a lot of its own problems,” Campbell said.

Campbell started the organization in the wake of his own hardships.

“I’m a recovering addict and homeless myself,” Campbell said. “I know what it’s like to be in that low of lows, not to have hope, not have any way to go, any direction.”

Campbell found personal redemption through fishing and service -- but credits his recovery with the kindness of others who ‘showed him the way,’ now he hopes Life on the Line will help do the same for others.

“Every single one of these guys we’ve been able to take up, we’re able to obtain fishing license, their IDs and move them forward in life,” Campbell smiled.

After a meal of their choice, the Life on the Line guys drive their newfound friend to a fishing spot and provide them with new equipment that is theirs to keep – however, the most important gift is human connection.

“We build friendships, I don’t bail on my friends, so we’re not bailing on these guys,” Campbell said.

“Like if the doctor could write a prescription not for medication, but for human connection instead, I think we would allow for a big, different story,” he continued.

Hansen is one of the men they have been able to take into the mountains for a day of fishing, cementing lifetime bonds and second chances one cast at a time.

“I’m at a loss for words, literally... it is that nice of a feeling to just be able to do something and have these guys help,” Hansen said.

After providing as many outings as they could out-of-pocket, Life on the Line is now relying on sponsors and the generosity of the community to keep their efforts alive.

If you would like to donate, a fundraising page has been set up on the organization’s behalf. It can be found here.