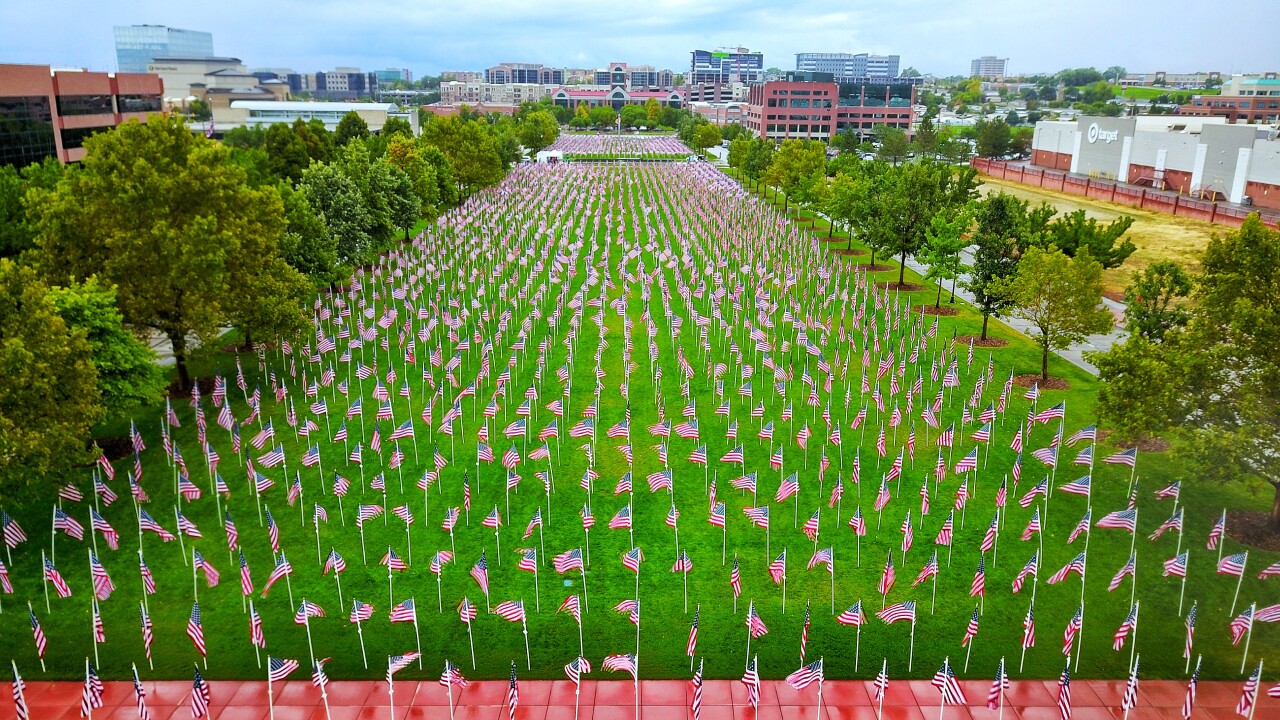 The Healing Fields in Sandy.

SANDY, Utah -- Hundreds of people gathered at the Utah Healing Field in Sandy to commemorate the lives of thousands of people who died on September 11, 2001.

Volunteers planted more than 3,000 U.S. flags in front of Sandy City Hall to honor each victim of the 9/11 terrorist attacks. The event also celebrated the lives of Utah’s fallen military and civil servant heroes.

Loralee Nunley, a flight attendant who was supposed to be on board one of the hijacked planes, sang at the ceremony.

“At first I was in a spiral down because of survivor’s guilt,” Nunley said. “I had to see the names (on the flags), especially of my crew members. I’m not flying anymore, so it kind of brings me close to them.”

Paul Sorenson with the Colonial Flag Foundation started the event 18 years ago. He spoke to members of the audience, many of them far too young to remember the attack, about the importance of uniting together in difficult circumstance.

The flags at the Utah Healing Fields will remain posted in front of Sandy City Hall until September 12, 2019.