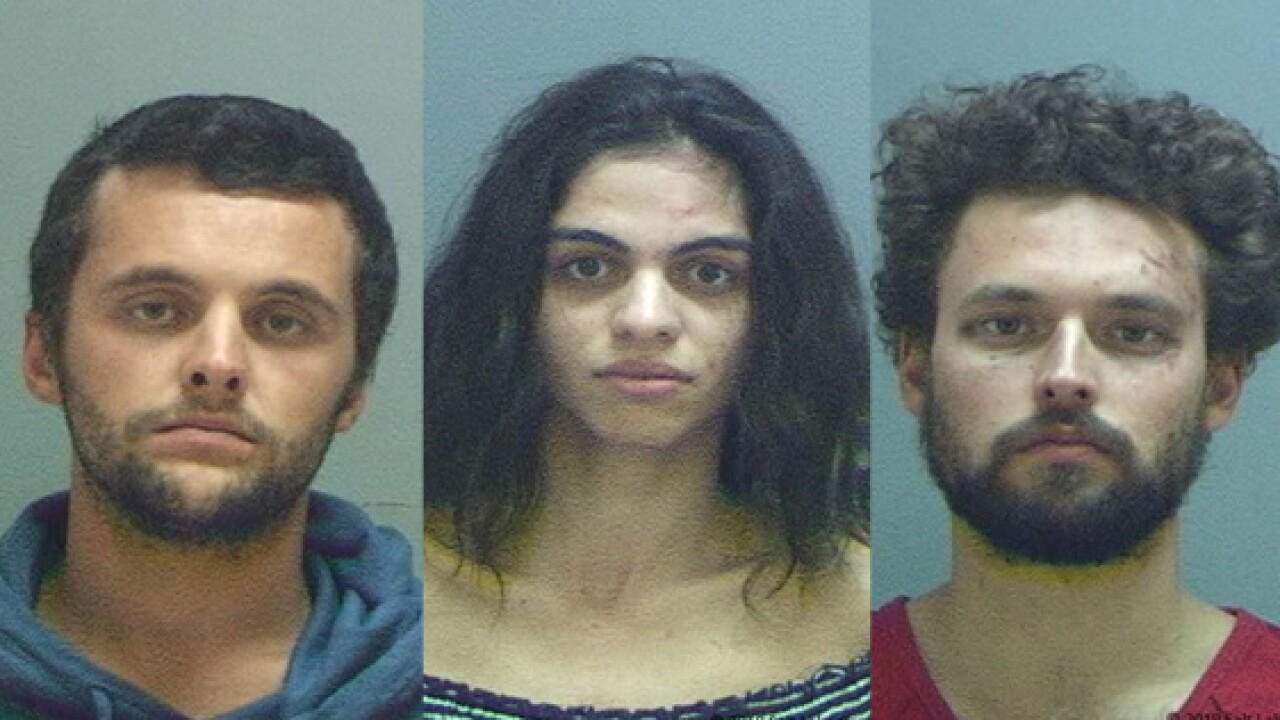 MILLCREEK, Utah — Three people are facing charges after a shooting and home invasion in Millcreek.

Unified Police say Kyle Mehr, Serene Al-Abbodi and Connor Veach went to the house near 4200 South and 500 East at about 8 a.m. Monday to confront someone about a drug debt. According to probable cause statements, another person admitted to driving them to the home but never left the vehicle and was not arrested.

According to police, Veach and Al-Abbodi entered the home uninvited through the unlocked front door. They found the person they were looking for, and he and Veach began to argue. Veach pulled out a handgun and told the victim he would shoot him, then fired at the victim’s feet, the report states. Then the two started physically fighting, Al-Abbodi tried to join the fight and was pushed aside, and Mehr ran inside after hearing the gunshot and put the victim in a chokehold, according to police. Mehr reportedly released him when another person confronted him with a box cutter.

Al-Abbodi was reportedly heard yelling, “I got it” during the altercation, then they left. Police did not state what she may have been referring to.

All three were both arrested on suspicion of assault and aggravated robbery, and Veach was also arrested for discharge of a firearm.