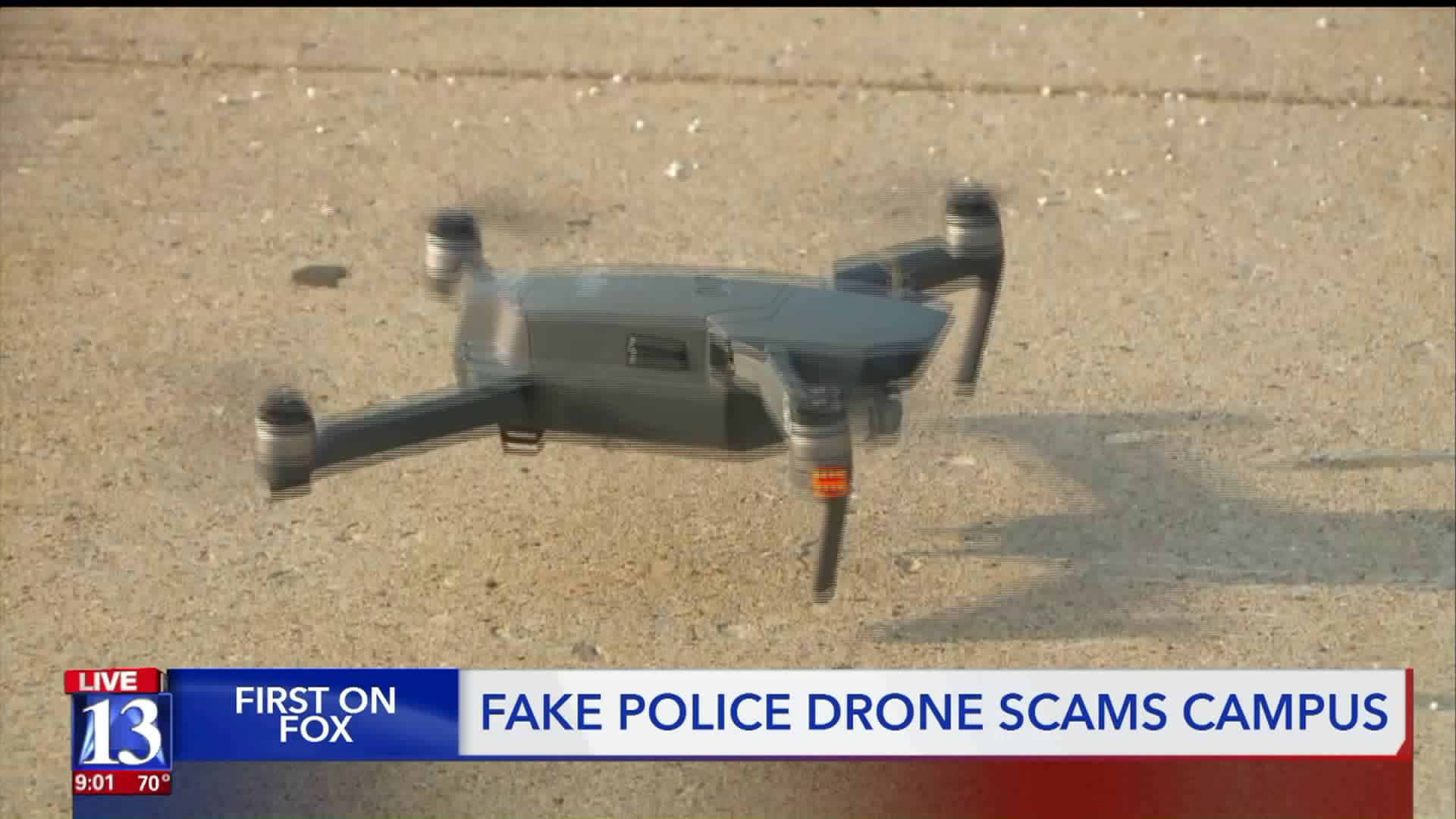 A drone equipped with a speaker was broadcasting an evacuation notice in Kaysville recently, but fire officials said they would never make an announcement that way. 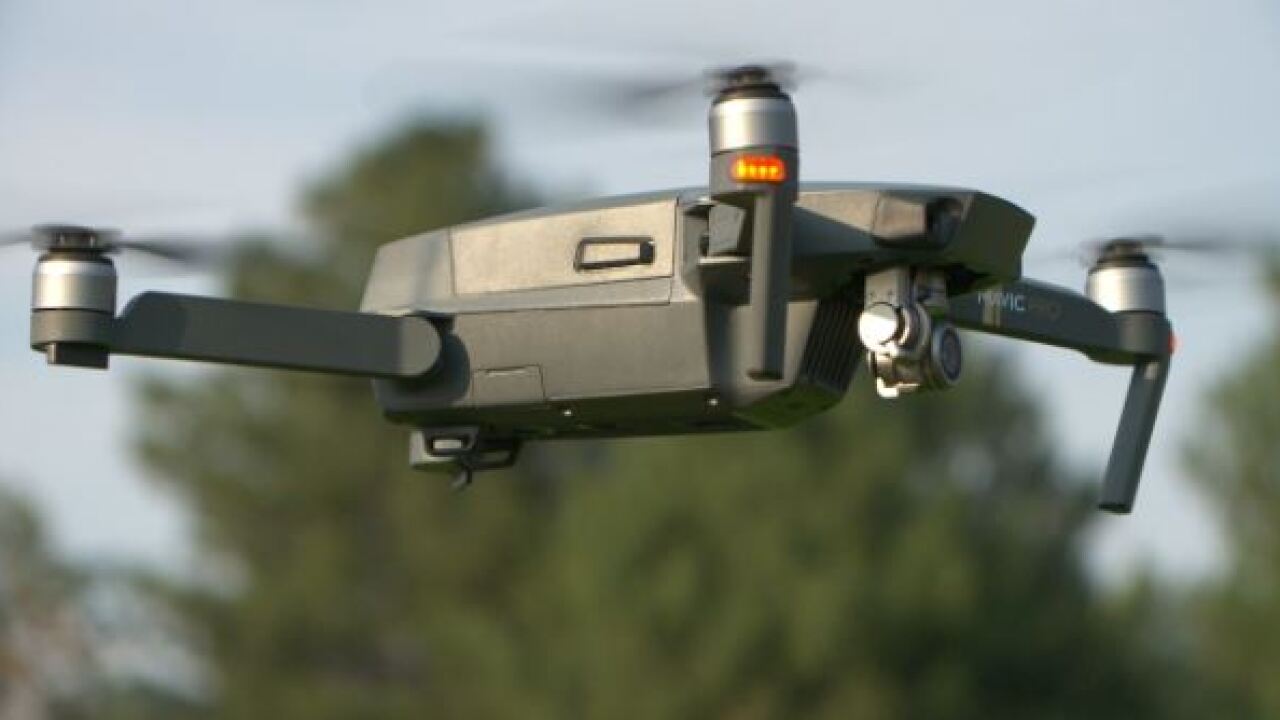 KAYSVILLE, Utah — Police are investigating reports of a drone approaching people and claiming to be Kaysville Police.

A mysterious voice from the drone barks orders at the people it approaches.

The most recent alleged incident took place at Davis Technical College on Sunday.

While the college wasn't in session on Sunday, the school says people who aren't students often take walks through the grounds.

The college has a Frisbee golf course for the public to enjoy. On any given evening, people show up to throw discs at the baskets or walk their dogs.

On Sunday around 8 p.m., people reported to police that a strange mechanic flying visitor began to approach them.

"From a speaker attached to the drone, they were just giving announcements that they were Kaysville Police," Kaysville Problem-Oriented Policing Officer Alexis Benson said.

The voice from the drone told the people to evacuate, Benson said, but didn't say what for.

Davis Technical College Security Specialist John Morehead said they took a look at the surveillance footage. Surveillance only picked up two people on the entire campus.

"The couple walking their dog over around the rotunda, the front of the campus, about that time period," Morehead explained.

While he indicated that it's not clear if those two people are the ones who encountered the drone and called the police, a close look at the security footage reveals that the couple seems to get distracted by something in the distance.

"You see, they both look over to the left," Morehead pointed out while showing the video.

The man even points to the left, and the couple keeps walking. Then, in the corner of the video screen, a small object floats by.

"You'll see a black object that will show up briefly," he said.

While Morehead clarified that he wasn't sure what the object was, it appeared to zoom by in the same manner as a drone.

The surveillance did not capture the person piloting the drone.

Obviously, the people who saw the drone didn't buy that it was owned by the police, and they called the real authorities instead.

While it's unclear if the drone was meant as a prank, Benson said impersonating police is a misdemeanor crime.

This isn't the first time she said they think this has happened.

Someone else called the department to report a similar incident, and said a drone followed them home.

"They were walking their dog home one day. Once they got home, the drone advised that they were the Kaysville Police, and that they needed to take their dog inside," Benson said.

While it goes without saying, Benson stated for the record: They would never use drones to issue evacuations or make commands.

In fact, she said the department doesn't even own any drones.

Benson and Morehead said it's a good thing school was not in session at the time, otherwise more people could have been around.

Kaysville Police ask anyone with information on the drone police impersonator to call them at (801) 546-1131.