Orem Police: bodies found in shallow grave believed to be mother and son killed in 2015 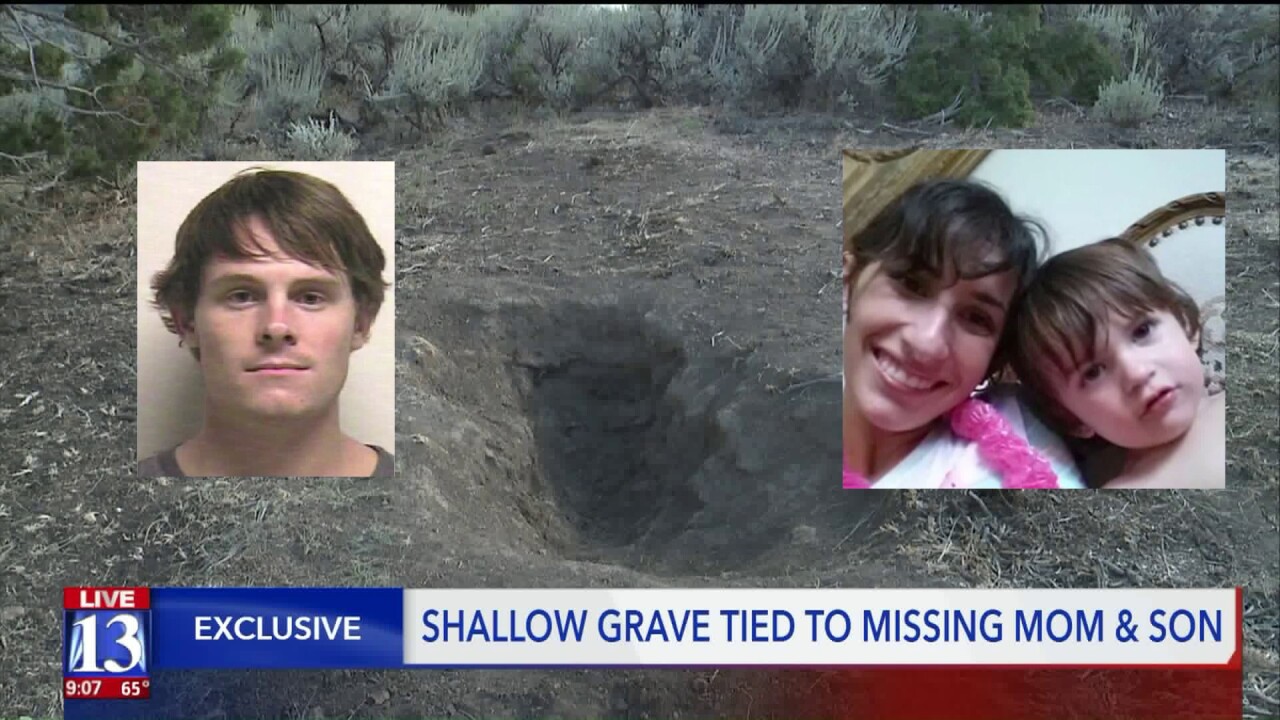 JUAB COUNTY, Utah — An interagency team of law enforcement has found human remains in a shallow grave after digging in a remote area in Juab County Friday, and they are believed to be a mother and son who were killed four years ago.

Officers from the Orem Police Department, the Federal Bureau of Investigations, the Juab County Sheriff’s Office and the Juab County Search and Rescue Team set out to locate the bodies of Emily Quijano and her son Gabriel, whose deaths Christopher Poulson pleaded guilty to last month.

Human remains were located and extricated at the site and were preliminarily identified as belonging to the mother and son by the Medical Examiner’s Office, Orem Police stated in a press release.

Authorities previously confirmed to Fox 13 that the police activity in the area over the weekend was connected to the search for the mother and son.

“Our hearts also go out to the families of Emily and Gabe. We hope that these efforts have brought some peace and comfort into your lives,” the press release said.