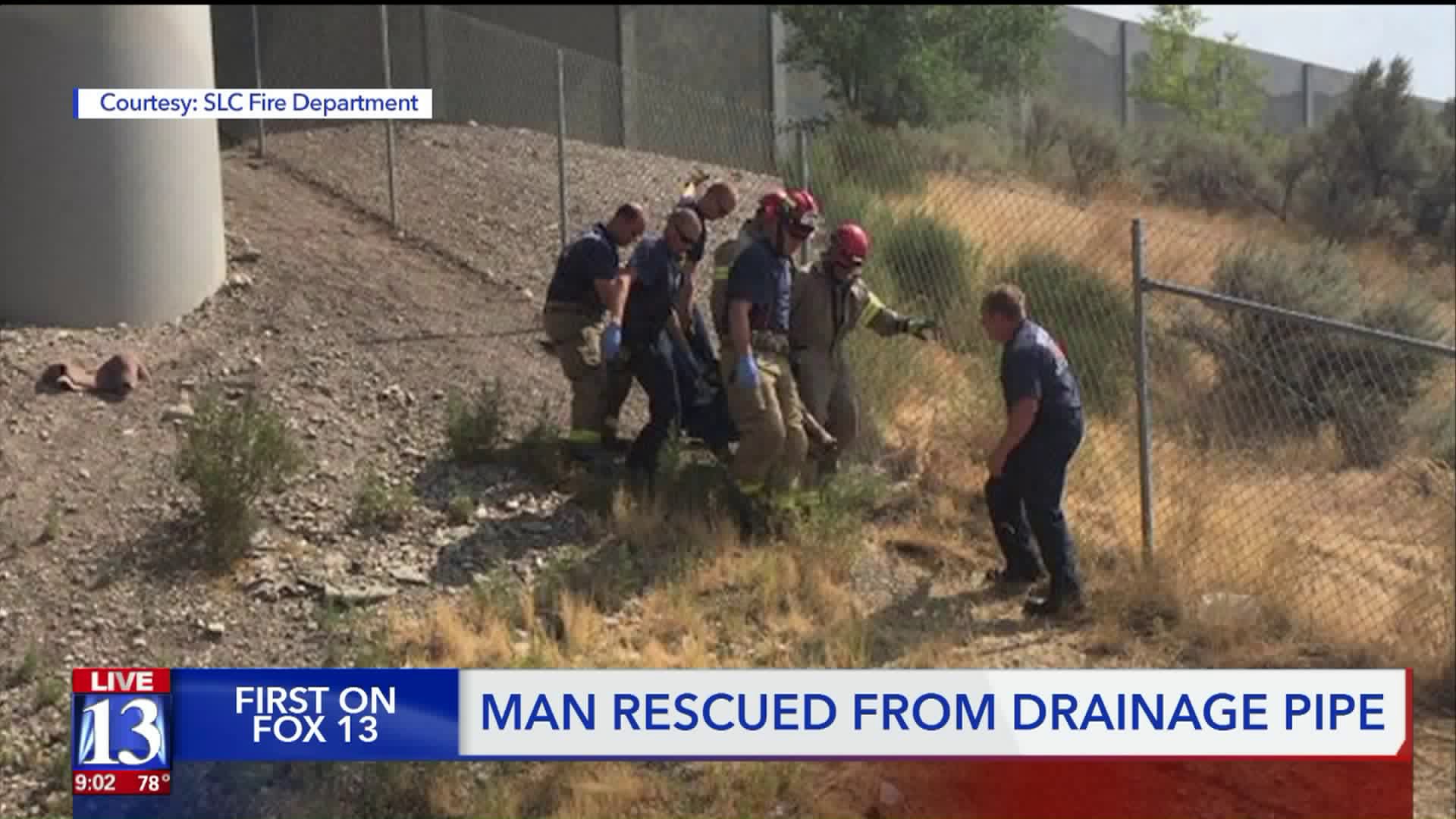 A man is lucky to be alive after spending hours trapped in a small pipe near a busy highway overpass. 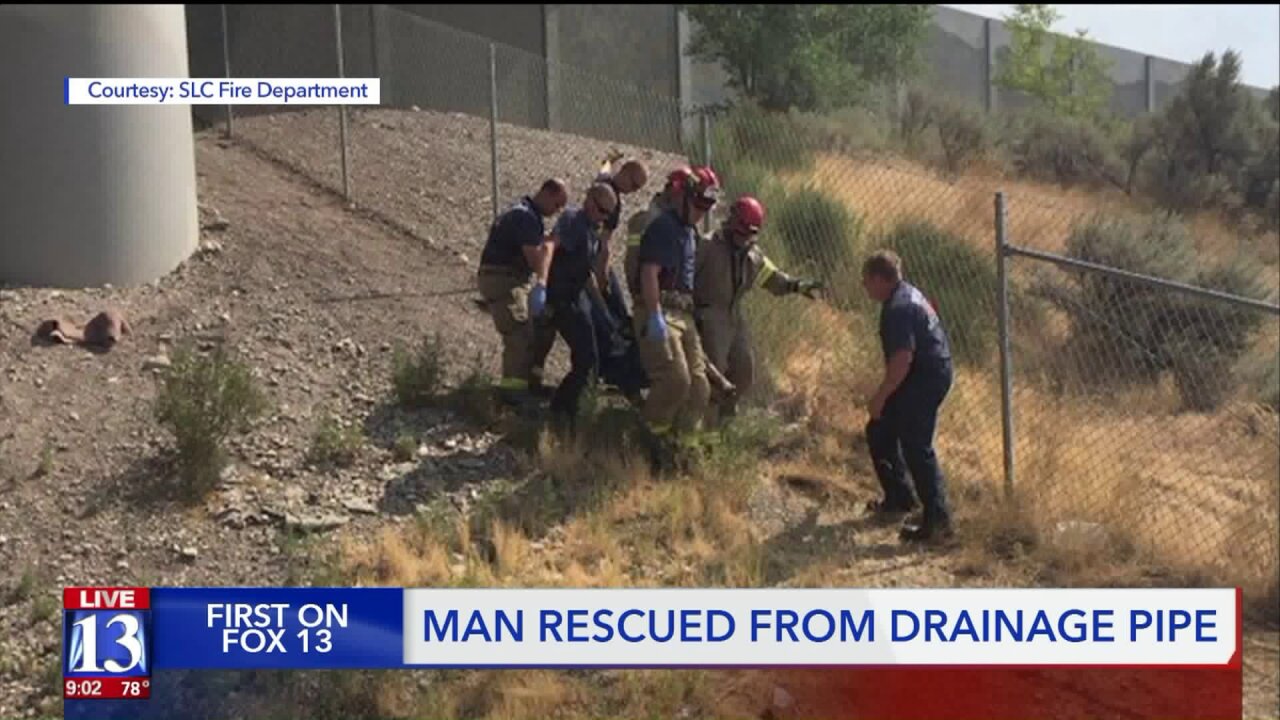 SALT LAKE CITY — A man is lucky to be alive after spending hours trapped in a small pipe near a busy highway overpass.

Passers-by and neighbors put in several calls to first responders Saturday afternoon after hearing a man yelling for help near 200 South and 900 West below Interstate 80.

“It’s a 12-inch pipe, so he pretty well wedged himself in there,” said Captain Adam Davies with the Salt Lake City Fire Department.

Salt Lake City Fire said a 40-year-old man, who they believed to be homeless, had become trapped inside of a small drainage pipe near his camp.

“He’d gone to sleep, either in the pipe or near the pipe, and slid down into it while he was sleeping,” Davies explained. “When he woke up and was trapped in the pipe, he was screaming for help."

People walking nearby and other neighboring residents heard his cries for help. The fire department said they received multiple calls to come to his aid. They arrived within minutes, knowing the severity of the situation.

“Confined spaces, it’s not likely for somebody to be alive and viable enough for us to get them out,” Davies said. “That one had reduced oxygen content and often times they have toxic gases in them as well.”

More than 20 firefighters arrived on scene and hiked to the pipe opening at the top of the overpass.

“He was about four feet down from the entrance, so just far enough so we couldn’t access him by hand. We tried lowering a rope to him, [but] he couldn’t hold on to it,” Davies said. “We had to do some cutting on the pipe. Our heavy rescue team responded and they set up a pulley system to drag him out of it.”

Firefighters said he had been in the pipe for at least four hours by the time they reached him. Nearly one hour after they got there and one destroyed pipe later, their job was done.

The fire department said they took the man to the hospital as a precaution. They said he appeared to be a little dehydrated but overall in good condition and very lucky to be alive.