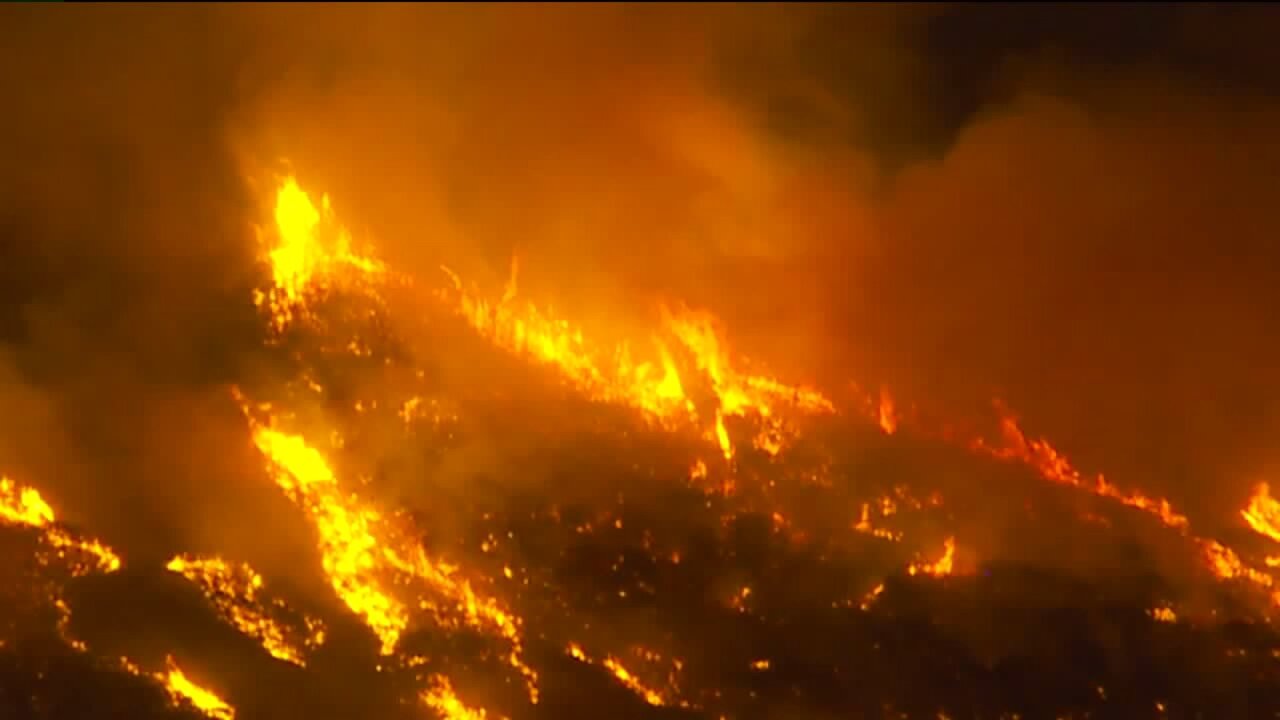 DAVIS COUNTY, Utah — A wildfire that forced evacuations in Layton earlier this week is now 76 percent contained, according to an update from Utah Wildfire Info.

The 128-acre “Snoqualmie Fire” forced more than 100 homes to be evacuated Monday. Those evacuations were lifted Tuesday morning.

“Mop up is taking longer on the fire because firefighters are finding more pockets of heat as they grid further in off the containment line. The steep terrain on the upper slopes slows progress because the smoldering wood can roll downhill and ignite brush below. The crews have to work slowly and methodically to fin all the hotspots and safely extinguish them,” an update from the U.S. Forest Service said.

A total of 126 people are working to contain the wildfire. Its cause remains under investigation.