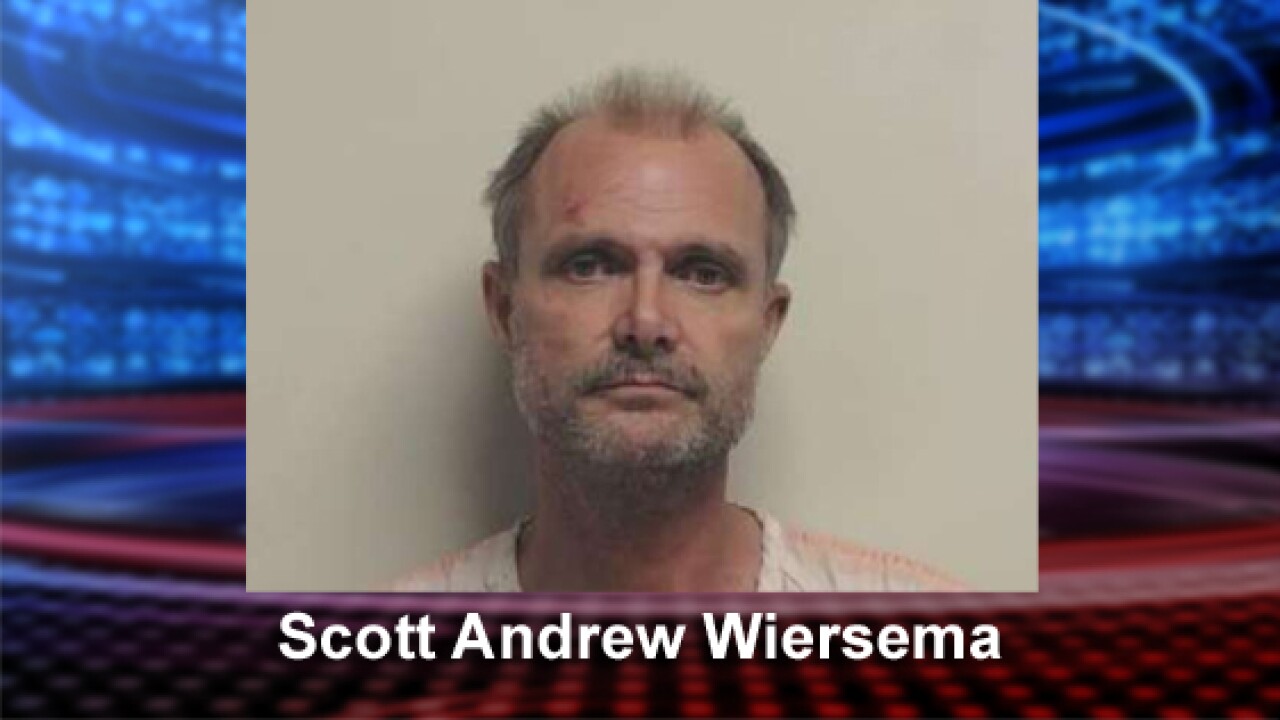 OREM, Utah — An Orem man threatened his mother, cursed at his wife and used an “AK-47 type rifle” to fire several rounds into the ceiling of his home during a domestic violence incident Sunday, according to police.

Officers responded to a home near 900 N 600 W Sunday morning after receiving reports of a family fight with shots fired.

“One of the complainants was inside the house and stated the suspect was threatening his mother with a gun,” according to a statement of probable cause.

Police surrounded the home, and one of them reported hearing Wiersema yelling at his wife, “telling her everything was her fault and he was done,” the statement said.

An officer heard the woman crying and saying “no, don’t, please don’t,” which prompted police to try to force entry into the home.

“The door was not able to be forced open, but the wife unlocked it and opened it,” the statement said. “Once the front door was open the wife was pulled from the entryway and Scott could be seen pointing an AK-47 type rifle at his chest with his hand on the trigger.”

Police negotiated with Wiersema for about 10 minutes. Wiersema “gave multiple time deadlines saying he would be killing himself soon,” according to the probable cause statement.

At one point, Wiersema took his trigger hand off the rifle, which gave police the opportunity to use a stun gun to subdue him.