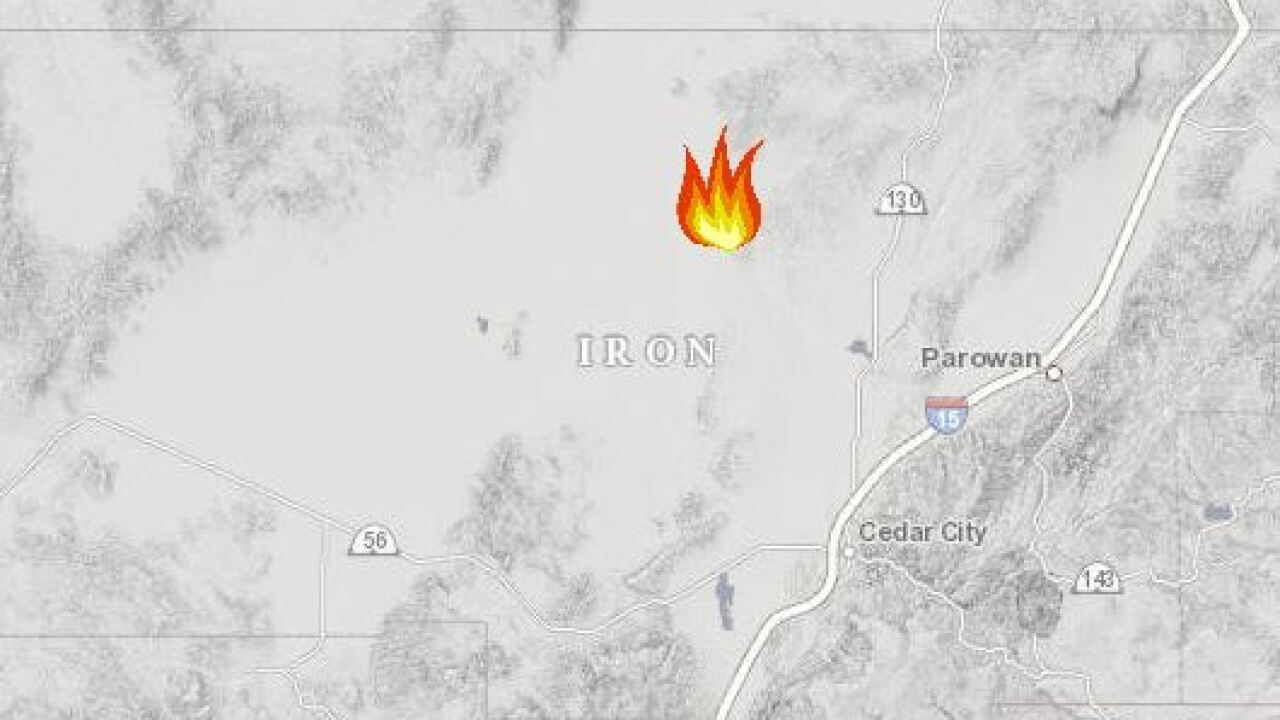 A map shows the location of the “Neck Fire” in Iron County (Courtesy: Utah Fire Info)

The “Neck Fire” was originally reported to the Color Country Interagency Dispatch Center Thursday around 5 p.m. Its cause is unknown.

A news release issued Thursday said the fire is burning grass and sagebrush. No structures are threatened and no injuries have been reported.