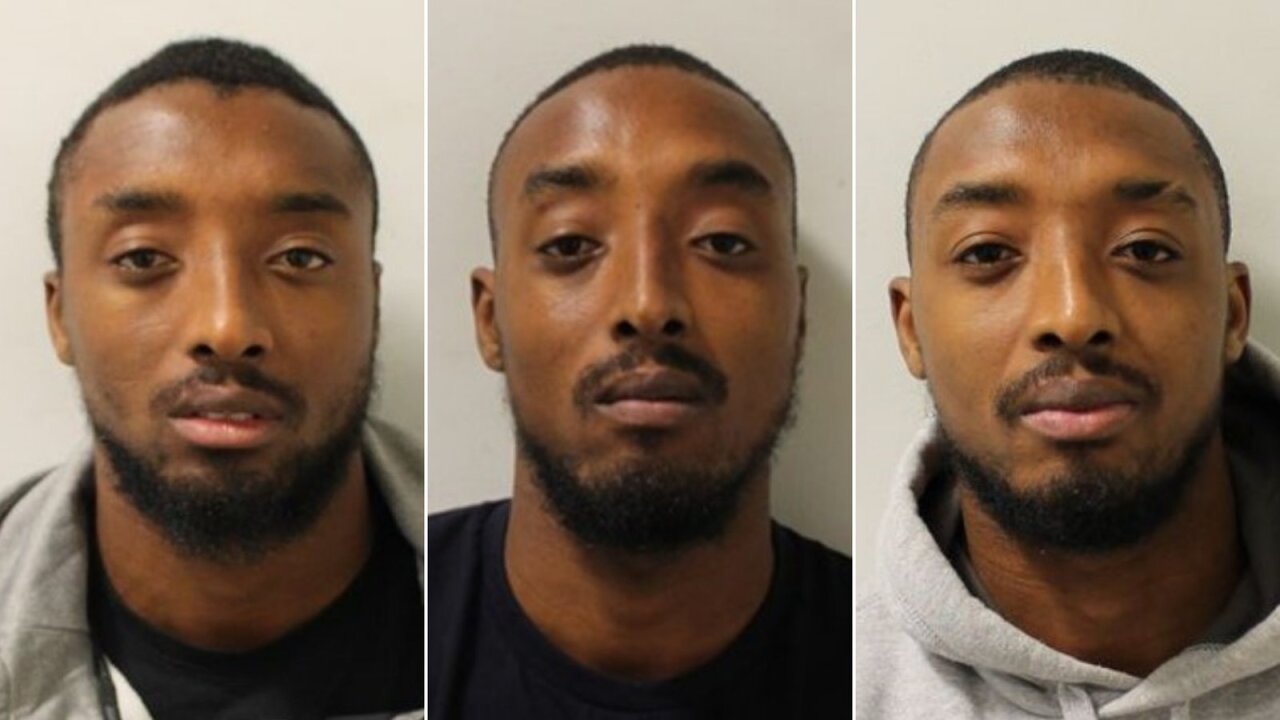 The Gabriel triplets were jailed for firearms offenses on September 6, 2019. Source: Metropolitan Police

Identical triplets have been jailed for firearms offenses after police were able to establish that all three brothers were involved in the crimes.

Ricky and Ralston Gabriel, 28, both semi-professional soccer players, were jailed for 14 years by a court in London on Friday after being found guilty of conspiracy to possess a firearm with intent to endanger life.

The third triplet, Reiss, was found guilty of this and three further offenses and jailed for 18 years.

The north London brothers were the last of eight men to be charged in relation to the seizure of three guns — an Uzi submachine gun, a self-loading pistol and a loaded revolver — and ammunition by armed police in April 2017.

After four men were convicted in the case last year, the police carried out further tests on the pistol and discovered DNA linked to the triplets, the Metropolitan Police said in a statement.

Since the DNA could not be attributed to just one of the brothers, mobile phone and surveillance evidence was needed to prove the involvement of all three, the police department added.

Scotland Yard temporary Detective Chief Inspector Driss Hayoukane said: “The trio tried to exploit their identical DNA and appearance to try and evade the consequences of their actions, but the hard work of the investigation team prevented their attempts.”

At the triplets’ sentencing, Judge John Hillen told them: “All three of you were involved in an agreement to source and deliver the weapons to an extremely dangerous criminal, Aron Thomas, for his use,” the PA Media news agency reported.

Aron Thomas received a life sentence in the same case last year for possession of a firearm with intent to endanger life.

“These types of weapons would have been used against a person or persons, and a police intervention is the only reason any serious harm did not occur,” PA reported Hillen as saying.