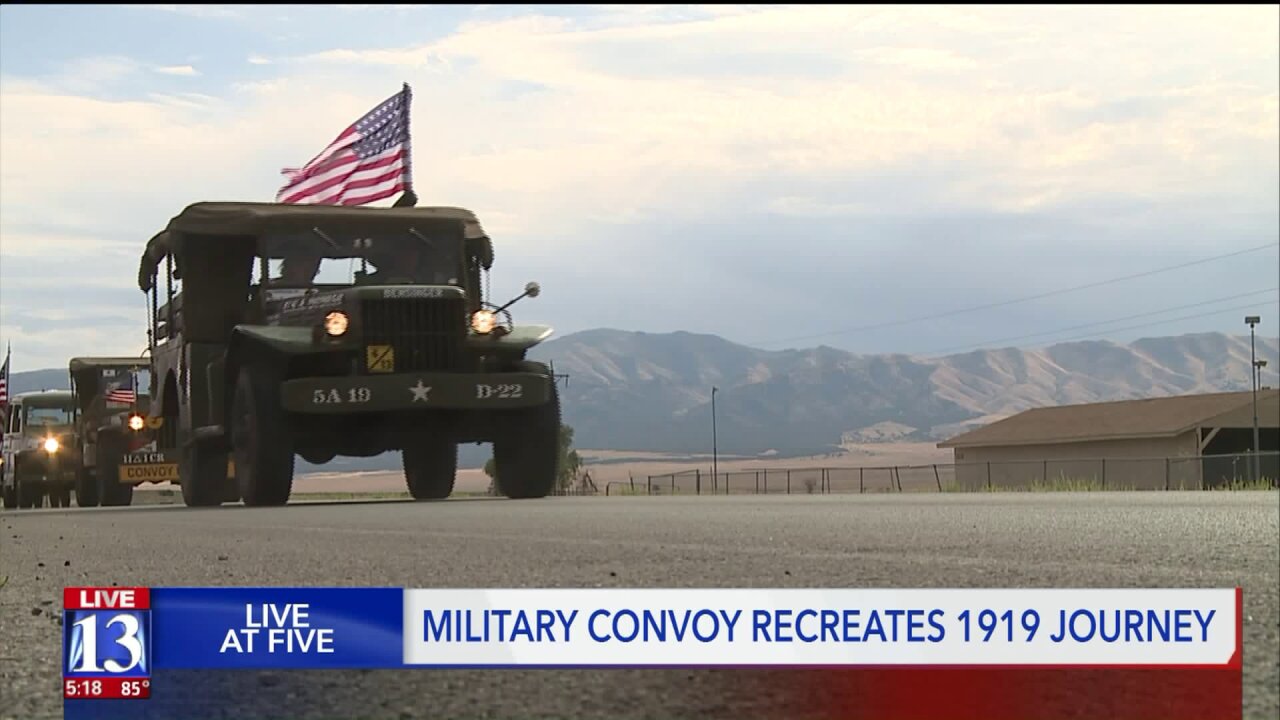 DUGWAY, Utah — Driving across the country from Pennsylvania to California, a group of veterans along with vintage military car collectors are celebrating the same drive made by the military 100 years ago.

Friday marks 28 days on the road.

The group reached Dugway earlier in the morning, where they stopped to take a picture at the Lincoln Highway Bridge on the Dugway Proving Grounds.

Kevin Emdee, a veteran from Kentucky who served 20 years in the army, said this is his first convoy.

“We’re on paved roads, but we’ve done about 25 miles on gravel roads that were the original Lincoln Highway,” Emdee said.

Back in 1919, the Transcontinental Military Convoy drove from Washington D.C. to California.

Emdee said they were trying to prove the army was capable of making it across the country, along with trying to recruit men after World War I and showing states they needed to maintain their highways.

“They’re traveling roads that sometimes didn’t exist, except for it was the original wagon trail,” Emdee said.

WWII Veteran Raymond Evans broke his prosthetic arm at the beginning of the trip but kept riding with the convoy.

For Evans, traveling these roads with fellow veterans and American citizens means much more than just a cross country drive.

“It reminds people that we are in a great country and that we do have a great military,” Evans said. “It’s just something that I’m proud to be a part of.”

A highlight Evans mentioned was riding through a village where people came out to meet them.

Command Sgt. Maj. Kyle Brinkman said it was an honor to have them ride through the Dugway Proving Grounds.

“If you can just put the perspective of the military as a generation over the 100 years, you can associate WWI, WWII, Korea, Vietnam, our own liberation of Kuwait and now the War on Terrorism,” Brinkman said. “This was just a great day for the Dugway Proving Ground and a great day for the Lincoln Highway."

The convoy is headed to Delta on Friday night, and then on to California where, next week, they’ll finish up their journey.