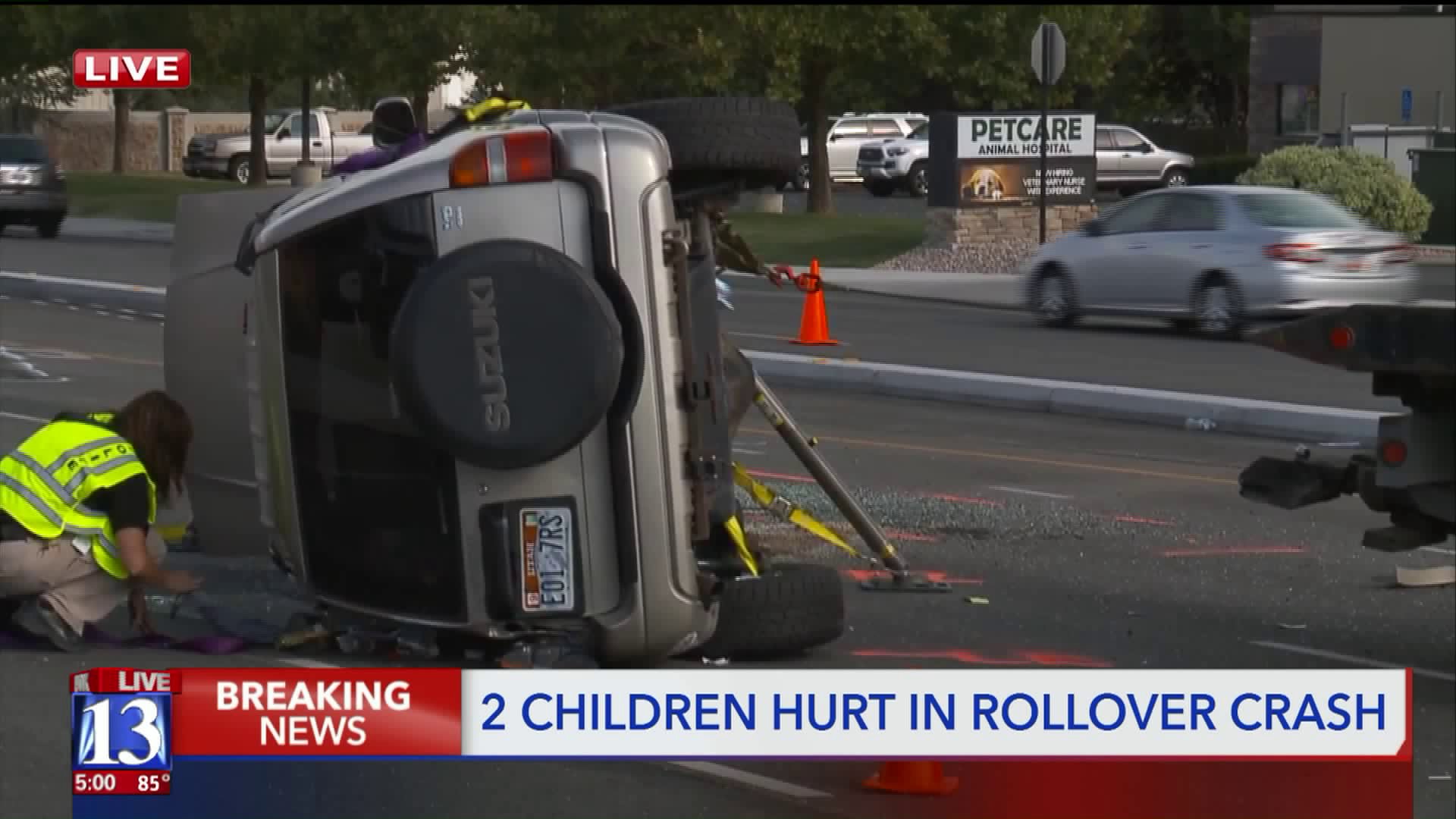 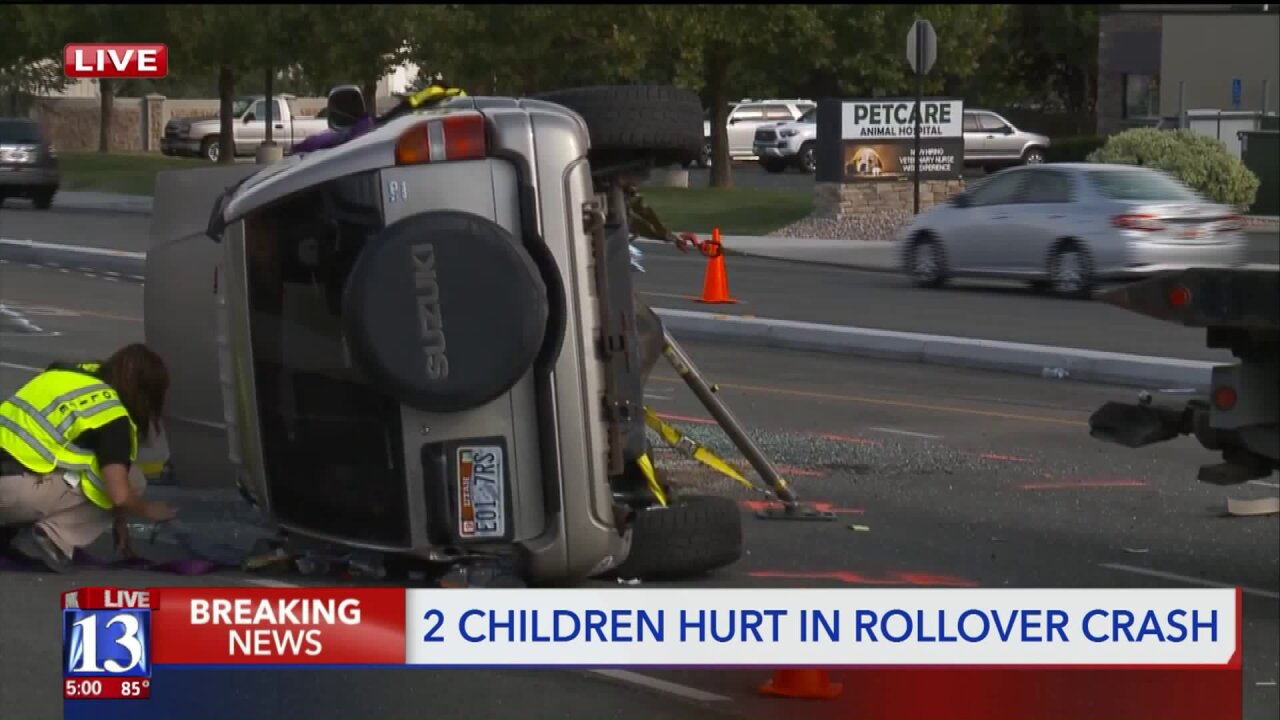 A 29-year-old woman was driving with an 8-year-old and 9-year-old in the vehicle when it rolled, ejecting both children, South Jordan Police said. They were transported to the hospital by ground ambulance.

Police say the woman is suspected of driving impaired. Police did not specify what the kids' relationship to the woman was.