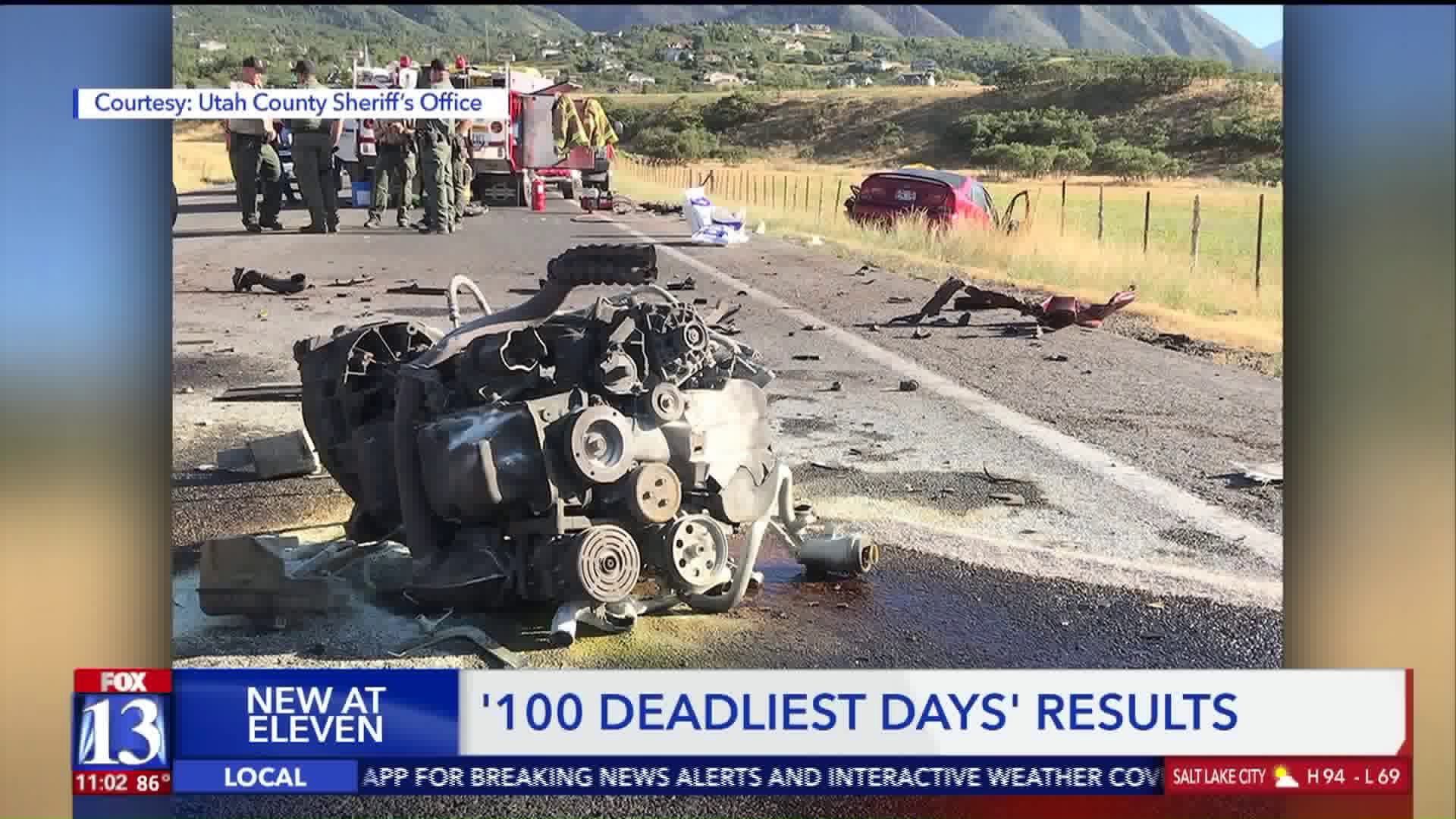 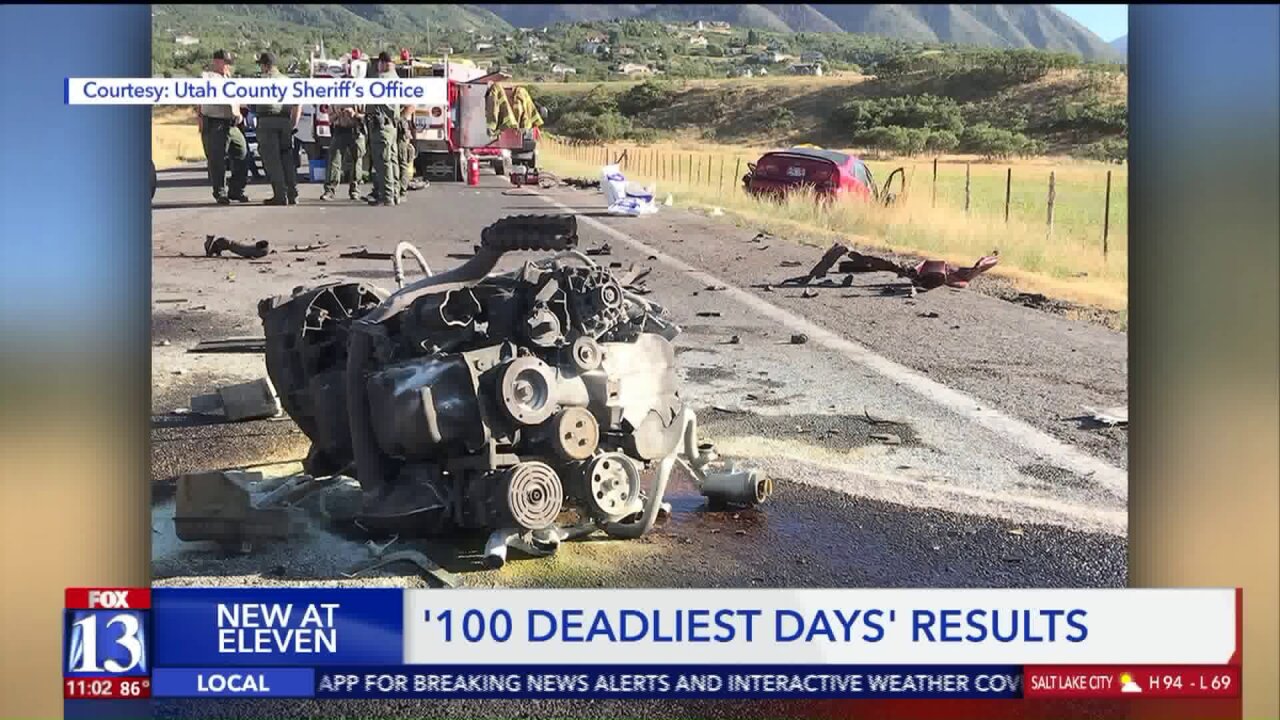 SALT LAKE CITY -- Officials refer to the time period between Memorial Day and Labor Day as the 100 Deadliest Days on Utah roads.

Last summer during the 100 Deadliest Days, 102 people died on Utah roads. Now with Labor Day 2019 in the books, UDOT officials are pleased to report 41 fewer individuals died in vehicle accidents and crashes.

Officials don’t believe that drop is down to luck.

The Utah Department of Transportation said they design and engineer the roads to be as safe as possible. They also said drivers overall seem to be making better decisions and listening to warnings and common sense.

"With 94 percent of crashes being caused by human error, that means that people are listening to our messages" said Jason Davis, UDOT engineering and operations. "They're buckling up. They're putting the phones down. They're not driving aggressive, or distracted, or DUI. We can eliminate those things, and then all of a sudden that Zero Fatalities is a real goal."

Davis and everyone at UDOT are quick to point out that more than 60 deaths on our roads is still way too many. And 10 of those fatalities were the result of people not wearing seat belts, so the number could have been even lower.

Davis said the bottom line is that these statistics aren’t just numbers: they were people who leave behind grieving family members and friends.

So UDOT will continue to hammer away at their message of driving safely and smartly, which includes always buckling up.