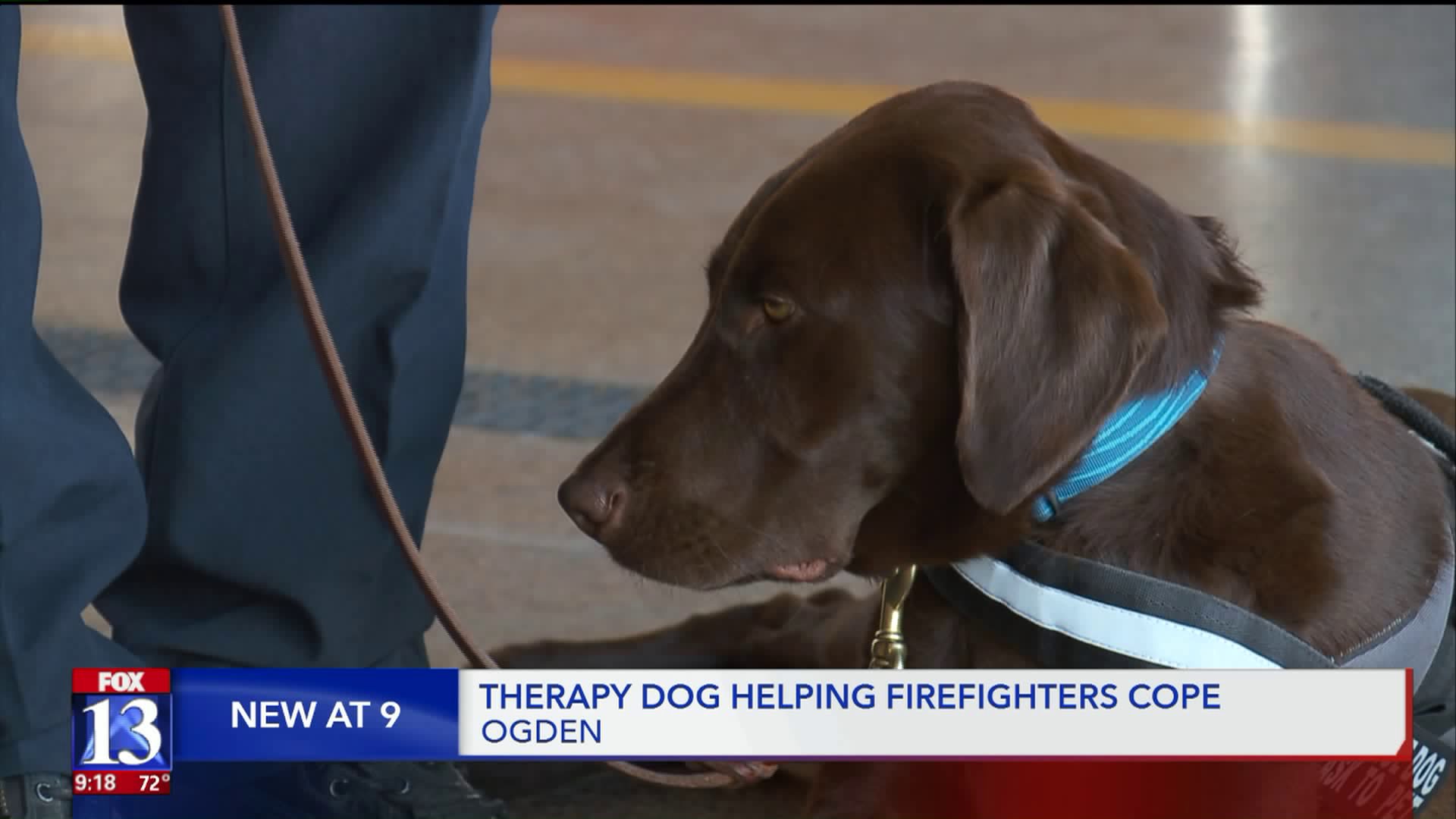 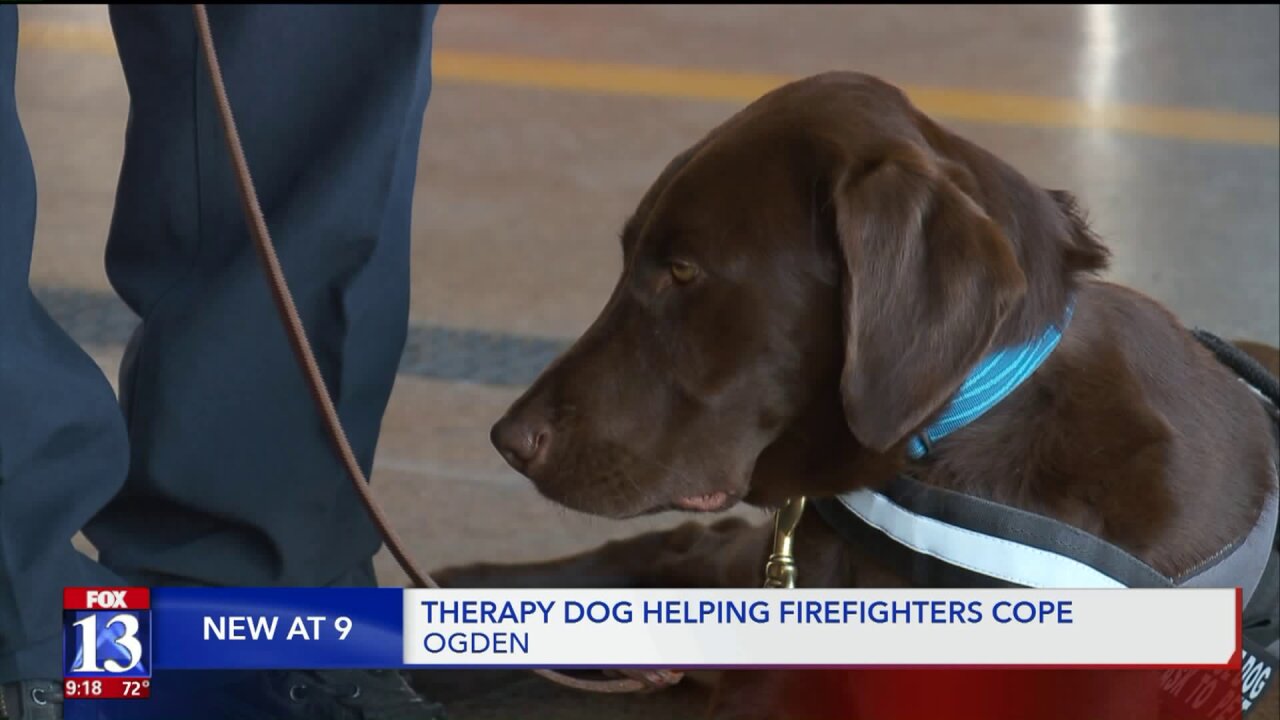 Copper the Chocolate Lab is specially trained to help the men and women who are used to helping others.

Capt. Williams and Copper will make the rounds at each fire station, greeting firefighters before and after calls.

On Thursday, Copper made his way around the dining area table.

“Good boy!” firefighters and paramedics echoed, as Copper came up to each person. “It’s been one of those days, Copper,” one of the crew members said.

Copper nuzzled up and gave his love, lifted his paw when someone held their hand out (a trick Capt. Williams calls “knuckles”), and jumped on laps to give service dog kisses.

Williams said Copper, “can change the mood of the fire station instantly-- just by coming through the door.”

“They just put you at ease, and it’s something that you don’t even realize consciously is going on,” firefighter and paramedic Amanda King said. “So to have Copper here, it literally just takes away tension you may not have even realized was there.”

King said Copper brightens her day and brings a smile to her face.

He said a first responder’s brain can start to condition toward being negative, because of the incidents they respond to all day.

Firefighters see people at their worst and jump from crisis to crisis. They have to keep their composure and work quickly in high-stress situations.

“We tend to put ourselves last,” King said. “We’re really focused on the job, focused on what the next call is.”

They’re not necessarily focused, on how the last call affected them.

Capt. Williams compared it to twisting an ankle. A firefighter who twists their ankle will get it treated so they can continue working. Mental injuries are the same way, he indicated.

But Capt. Williams said taking the first step to getting help can be one of the hardest things for a firefighter.

“What we’re not good at, is reaching out for help when we may be struggling,” Capt. Williams said.

He knows how crucial it is to be able to reach out.

“Talking about it is the first step in prevention,” he said.

Six years ago, Capt. Williams said they lost an Ogden firefighter to suicide.

“Within the first hour of him being off shift, took his own life,” he said, of the firefighter. “The same crews that relieved him at the station that morning, had to run on him and try to provide life-saving care.”

He said that proved to be a big eye-opener in the department.

In addition to bringing in Copper, he said the department has partnered with a psychologist who can provide therapy and counseling to firefighters.

Capt. Williams described how Copper is an ice breaker because the service dog gives people a reason to open up and reach out. He’s an ice pack, Capt. Williams explained, because Copper can help ease mental wounds.

Not only is Copper helping firefighters, but Capt. Williams said dispatchers and Ogden Police officers also like to come to visit with the dog.

A firefighter leaned down to pet Copper, and responded: “Better now.”