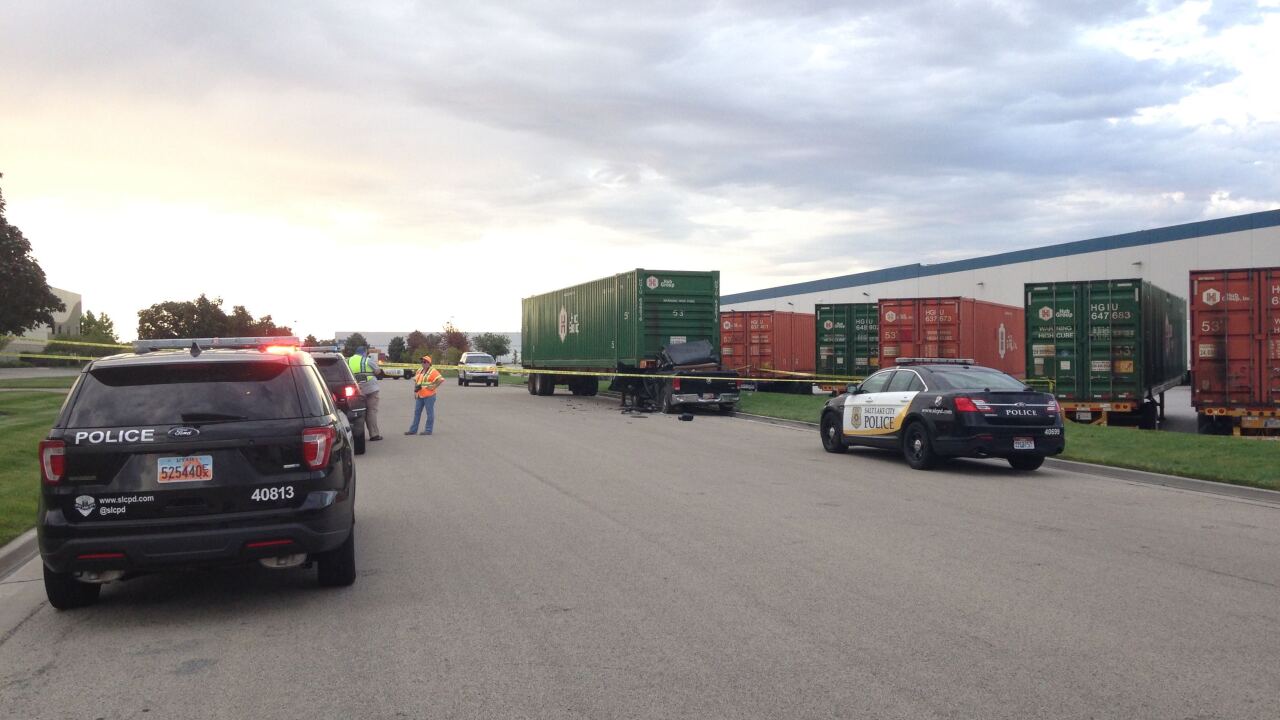 SALT LAKE CITY — A pickup truck driver died Thursday evening after crashing into the back of a semitrailer in Salt Lake City.

A Salt Lake City Police spokeswoman said Naclerio had been involved in a hit-and-run incident earlier that evening, shortly before the fatal crash.

Police said the victim in the hit-and-run confronted Naclerio, and Naclerio then drove away erratically.