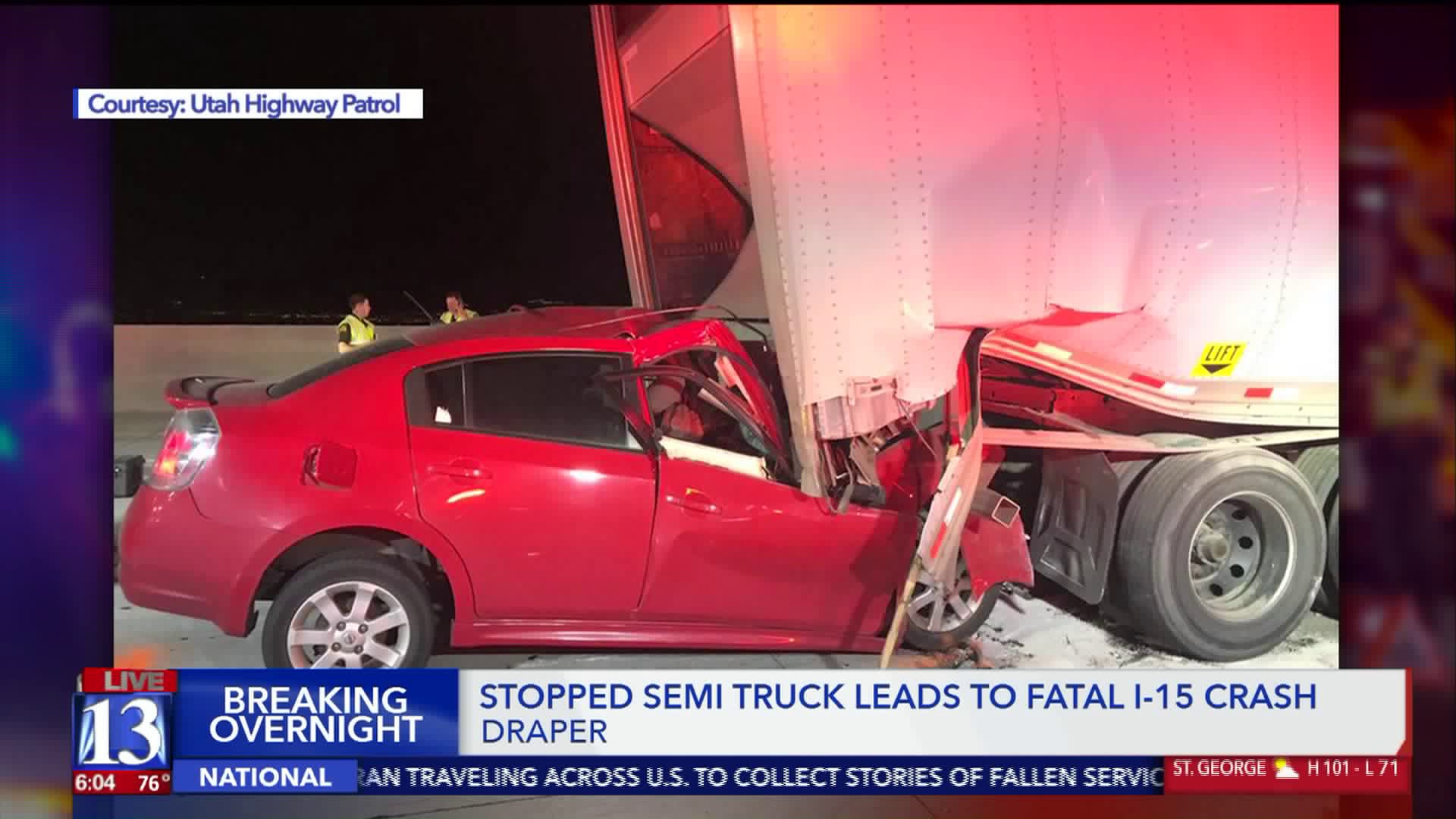 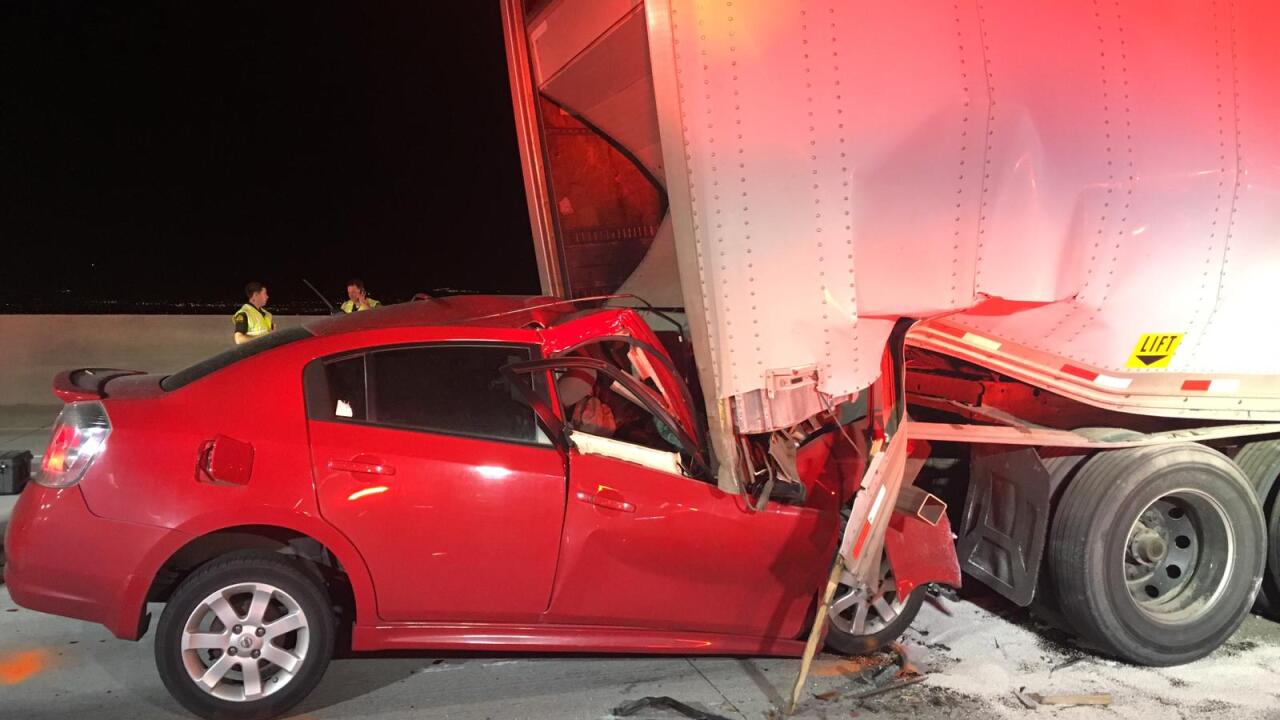 SALT LAKE COUNTY, Utah -- One person died after a car smashed into the back of a semi truck that was stalled on I-15 due to a mechanical issue.

Troopers have identified the deceased as 23-year-old Jacob A. Miller of West Jordan.

Sgt. Justin Dial of the Utah Highway Patrol said a semi was stalled on the interstate when the driver of a Nissan Versa crashed into the back of the semi. An air malfunction caused the tires to lock up and stop the vehicle.

The semi was stopped for about five minutes before the crash occurred.

Miller was driving the Versa and was killed in the crash.

The driver of the semi was not injured.

"Obstacles in the roadway unfortunately occur more often than we would like them to...sometimes it's a vehicle that's stalled, and so while the public is driving we just ask that you pay close attention to what's in front of you, make sure to keep a good safe distance behind the vehicle that you're following and be attentive and alert and aware of what's in the roadway," Dial said.

The crash was the second of the day involving a stopped semi.

Sgt. Jeff Washburn said a semi truck driver suffered a medial emergency and stopped in the middle of the road on I-15 near 3300 South Wednesday morning. Both drivers were seriously injured in that crash.