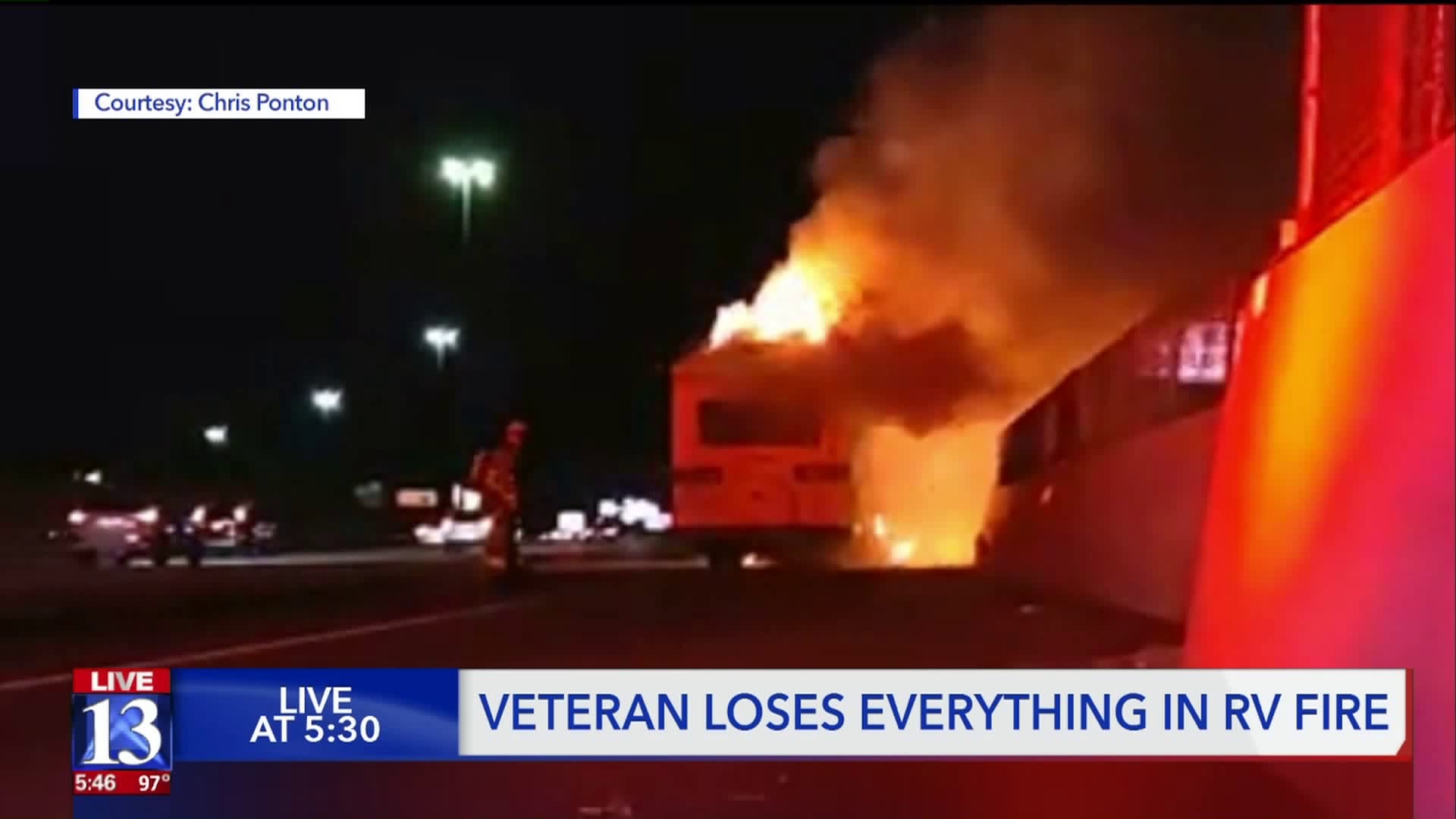 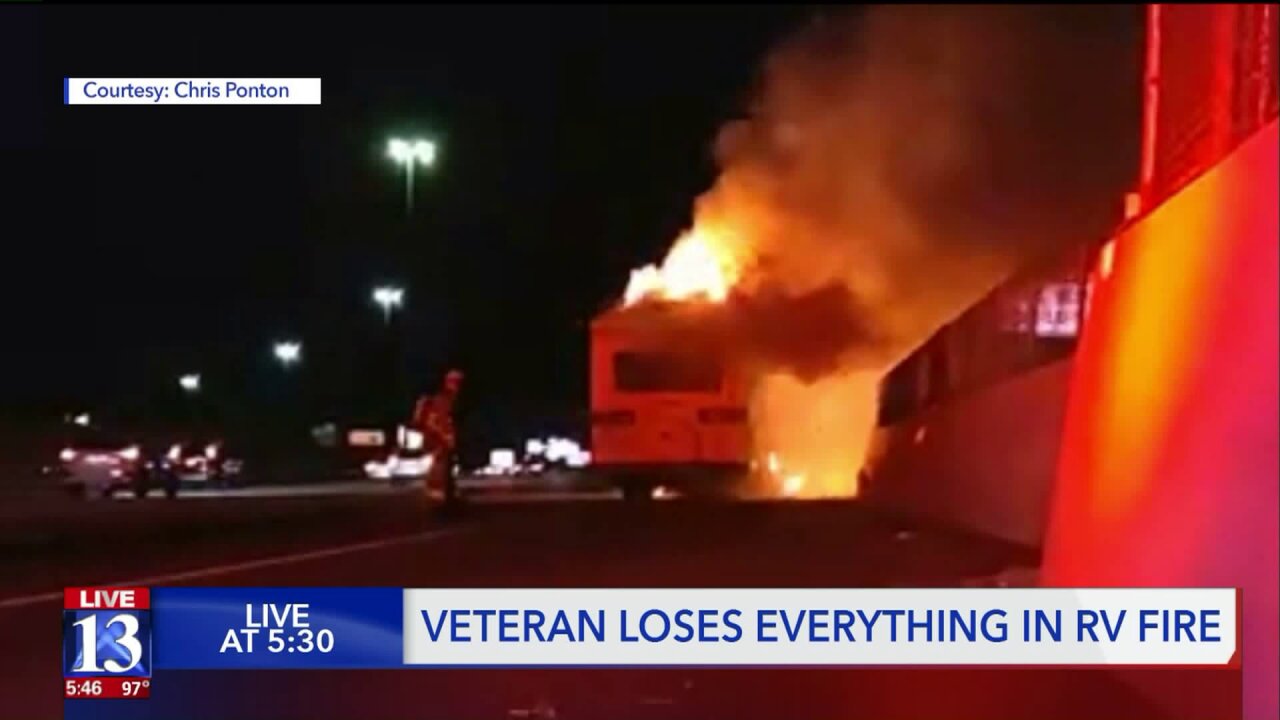 MURRAY, Utah -- A disabled veteran is trying to recover from a fire Tuesday night that destroyed his RV as he was driving south on Interstate 15 near Draper.

The RV was Chris Ponton's only home and is now a complete loss.

"Everything. It was my home," Ponton said. "All my memories are in there."

Ponton said he had only been driving the RV for about 10 minutes when his engine caught on fire, the same day he picked it up from Auto Motion Auto and Diesel Repair in Midvale.

Jeff Bowden, the owner of Auto Motion, told FOX 13 he is not sure what caused the fire, but he feels confident it has nothing to do with the repairs made that day.

"I feel bad for him," Bowden said. "I have compassion for the man."

Ponton is now staying at a Motel 6 until he figures out what to do next.

"I’ve been working on trying to get back on my feet for the last seven years, and now I’m at ground zero again," he said.

Ponton's therapy dog, "Minnie," was saved from the flames. She kept him calm enough to get out and record video before the RV was destroyed, he said.

"She was calm, she was very calm," he said. "Just kind of helping me a lot with the post-traumatic stress that I’m still trying to recover from, anxiety, depression."

Ponton said, despite the incident, he is still planning to take another trip this weekend to see his 12-year-old daughter on her birthday in Wyoming. The hardest part, he said, will be explaining to her what happened -- because he hasn't told her yet about the fire.

"All my toys and gifts I had for my daughter were in the RV," Ponton said. "I don’t want her to worry before I get there."

A volunteer organization working with Ponton has set up a donation page for anyone who would like to help out.