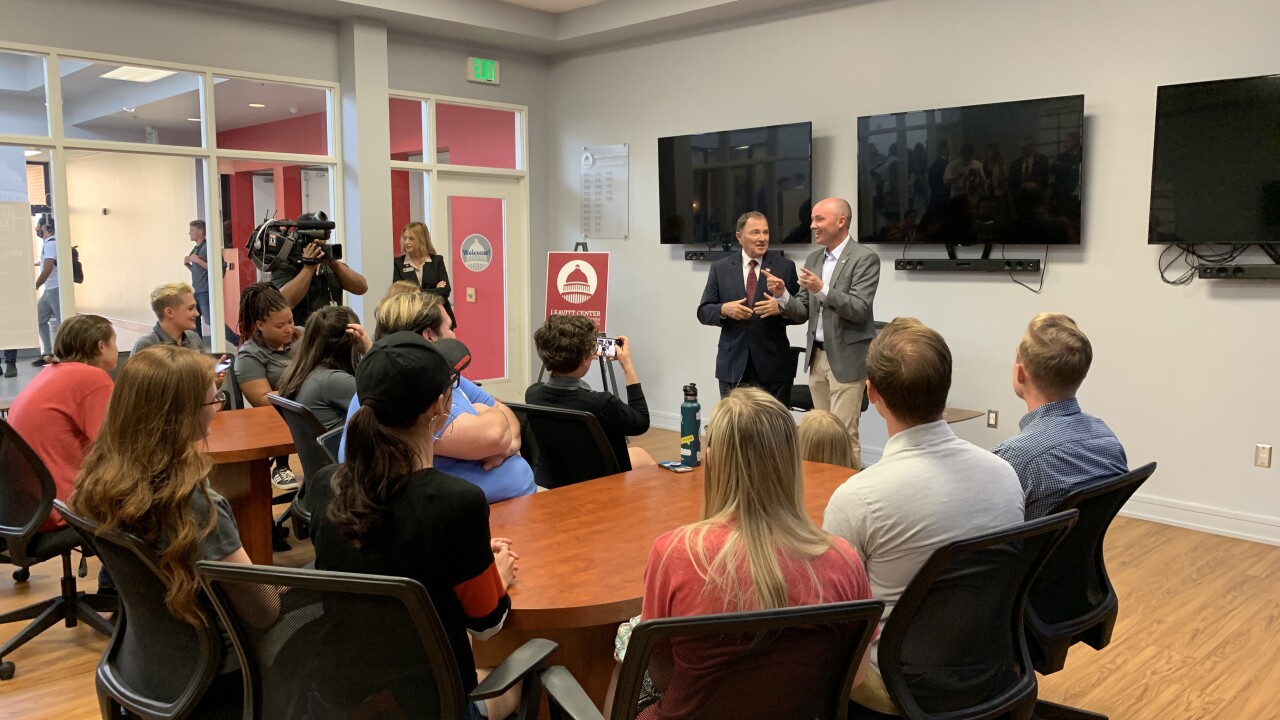 CEDAR CITY, Utah — Governor Gary Herbert has cut a $50,000 check for his second-in-command’s campaign to replace him.

The governor also plans to host a fundraiser golf event for Lt. Governor Spencer Cox, who is campaigning across the state. Speaking to FOX 13 at the governor’s annual Utah Rural Summit at Southern Utah University, Cox said he was grateful for the donation.

“It’s the part I hate the most,” Cox said of fundraising. “I think it’s not good for our political system but it is the system in which we live. It’s very expensive to get our message out and so we need all the help we can get and this is certainly very helpful.”

Cox has said the bulk of his campaign contributions are small, individual donations.