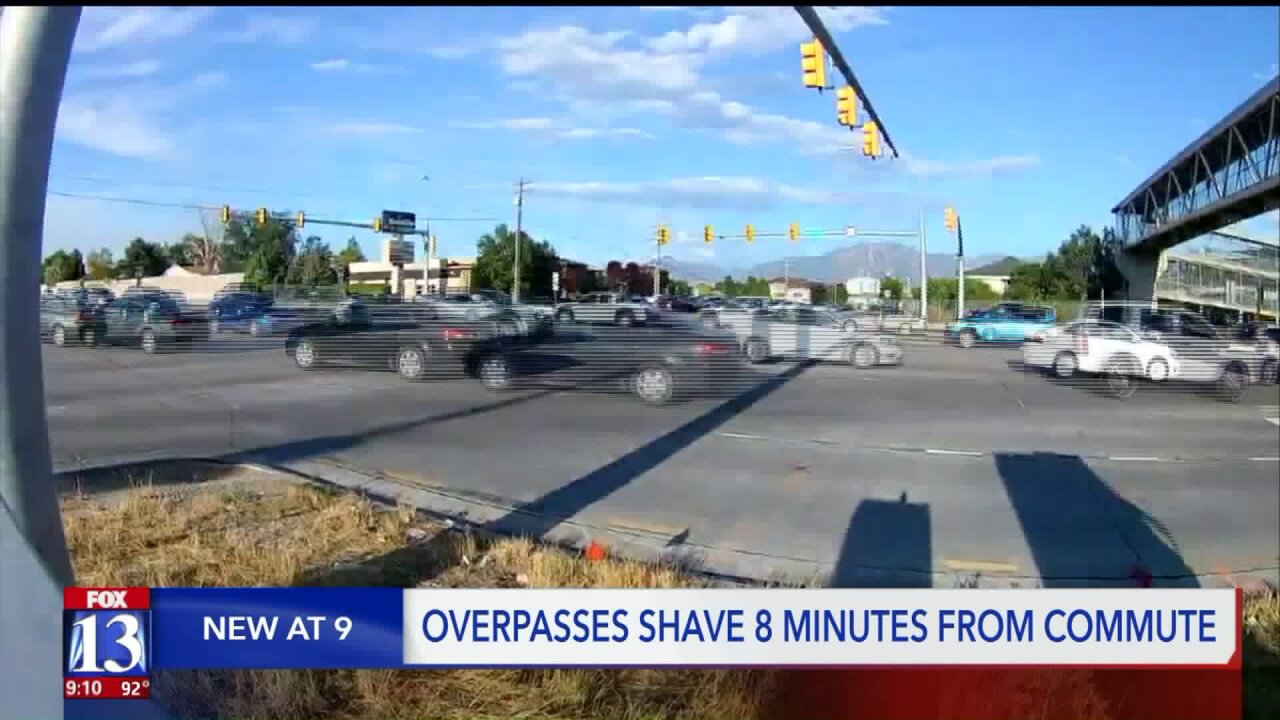 That is thanks to the interchanges crews recently finished at four intersections.

UDOT crunched the numbers and made a couple of graphs that show the commute is faster in both directions through all times of the day, and particularly during the evening commute.

It's good news for a roadway known for stoplights, construction and crashes.

"It's one of our most heavily traveled roads on the west side of Salt Lake County," UDOT spokesperson John Gleason said.

UDOT's been slowly transforming Bangerter to a full-on freeway with interchanges instead of intersections.

And apparently, 1+1+1+1=8 when it comes to how much time the interchanges save if one were to drive all of Bangerter from I-80 south to I-15.

According to a UDOT graph, northbound is a couple minutes shorter to drive.

He indicated that they haven't yet compared the number of crashes before and after the interchanges were built, but they know the numbers will likely drop.

"T-bone or rear end crashes that occur there-- we take out those possibilities by putting in these interchanges," Gleason explained.

Work has already begun on 6200 South. Crews have demolished a building and Gleason said they are moving an aqueduct. He said that project and the other two will be in full swing next year.

While it's hard to say how much more time the three intersections will cut, Gleason has an estimate for how long it could take to drive Bangerter once all interchanges are built.

"We could see a drive on Bangerter Highway from I-80 to I-15 that only takes 22 minutes," Gleason said. "That's really the goal, and something that we believe is achievable here in the next several years."