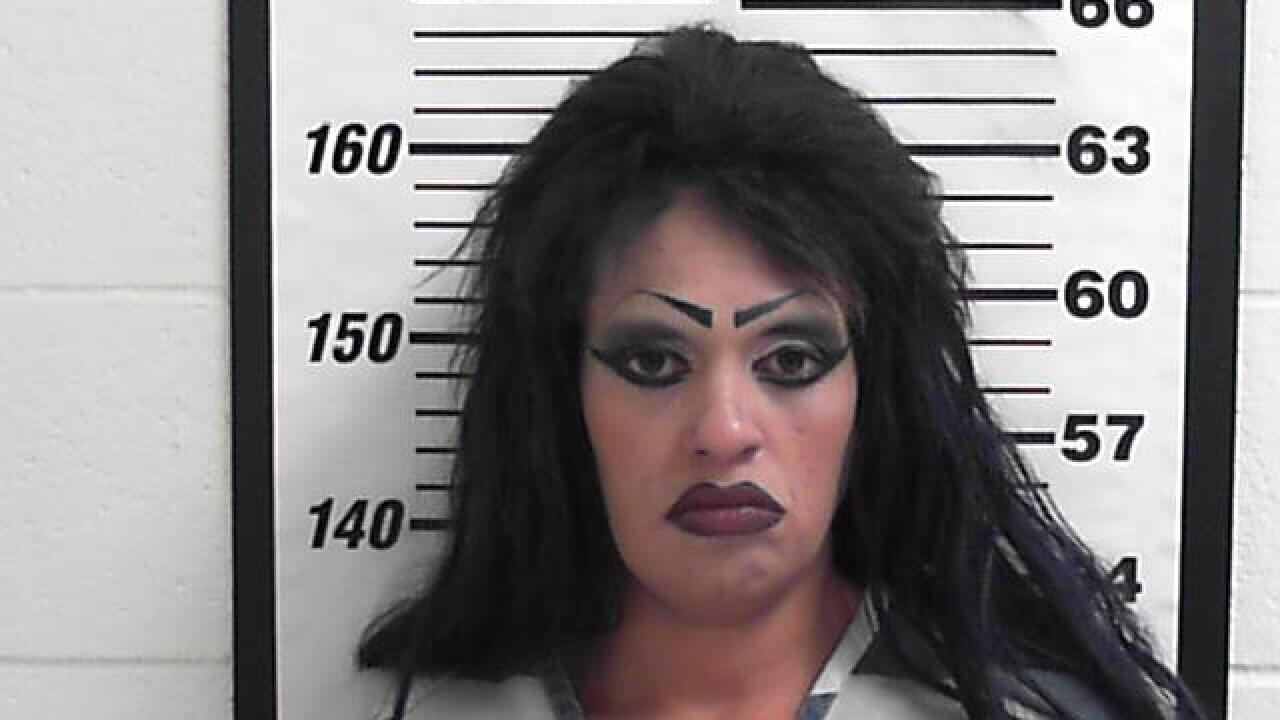 A booking photo of Heather Garcia

DAVIS COUNTY, Utah — A woman was arrested after deputies said she pretended to be her daughter during a traffic stop, during which methamphetamine was found in the vehicle.

A statement of probable cause indicates 38-year-old Heather Elaine Garcia was pulled over August 31 after a deputy spotted her driving a vehicle without a license plate.

Garcia originally gave the officer the name of her daughter and her daughter’s birth date while claiming not to have any ID on her. A second deputy with a K-9 arrived, and after the dog “alerted on the vehicle” deputies conducted a search, the document states.

That search yielded what appeared to be a broken pipe and several small baggies with a powder inside that field tested positive for methamphetamine.

Deputies also located Garcia’s ID in her purse, and the deputy stated that while she did look very similar to her daughter they were able to positively identify the woman as Heather Garcia at that point.

A records check found the woman had multiple active arrest warrants and a suspended driver’s license.

She was booked into jail and faces charges for giving false personal information, driving on a suspended license, driving without insurance, and charges related to drug and drug paraphernalia possession.