Threats in Provo, Wendover communities cause fear for students and parents 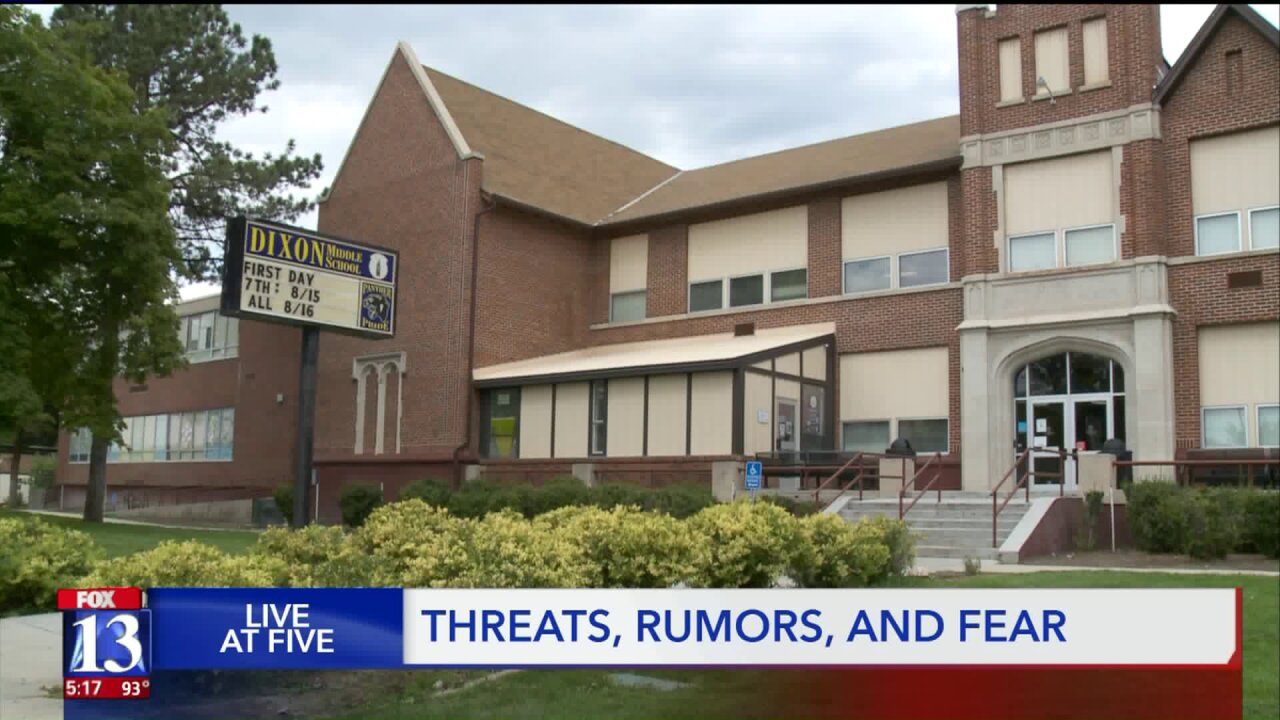 These days, threats that are most likely empty still force police and schools to respond. Rumors that are probably false create fear in parents and students.

The threats and rumors may be ignorant or they may be malicious. Either way, the national climate makes them potent.

So when threats and rumors arrived in the inbox of police in Provo, Wendover and West Wendover over the Labor Day Holiday, they had to respond.

In Provo, the rumors came early enough that they could investigate, find the kid they believe started it, and reassure parents before school resumed Tuesday.

In Wendover, a Monday night threat meant schools on lockout Tuesday morning. No visitors allowed at Wendover High and Anna Smith Elementary, and backpacks discouraged. Police said the potential threats were unclear if they were directed at or came from Wendover (Utah) or West Wendover (Nevada).

“I'd rather have inconvenience than a tragedy,” Quirk said.

West Wendover police report they have not found the source of the threat, but they don’t have any evidence that it was credible.

Provo Police Sgt. Nisha King said the parent who called police did the right thing, though rumors still caused panic for some.

“There was quite a bit of panic, understandably with the climate our society is in today,” King said.